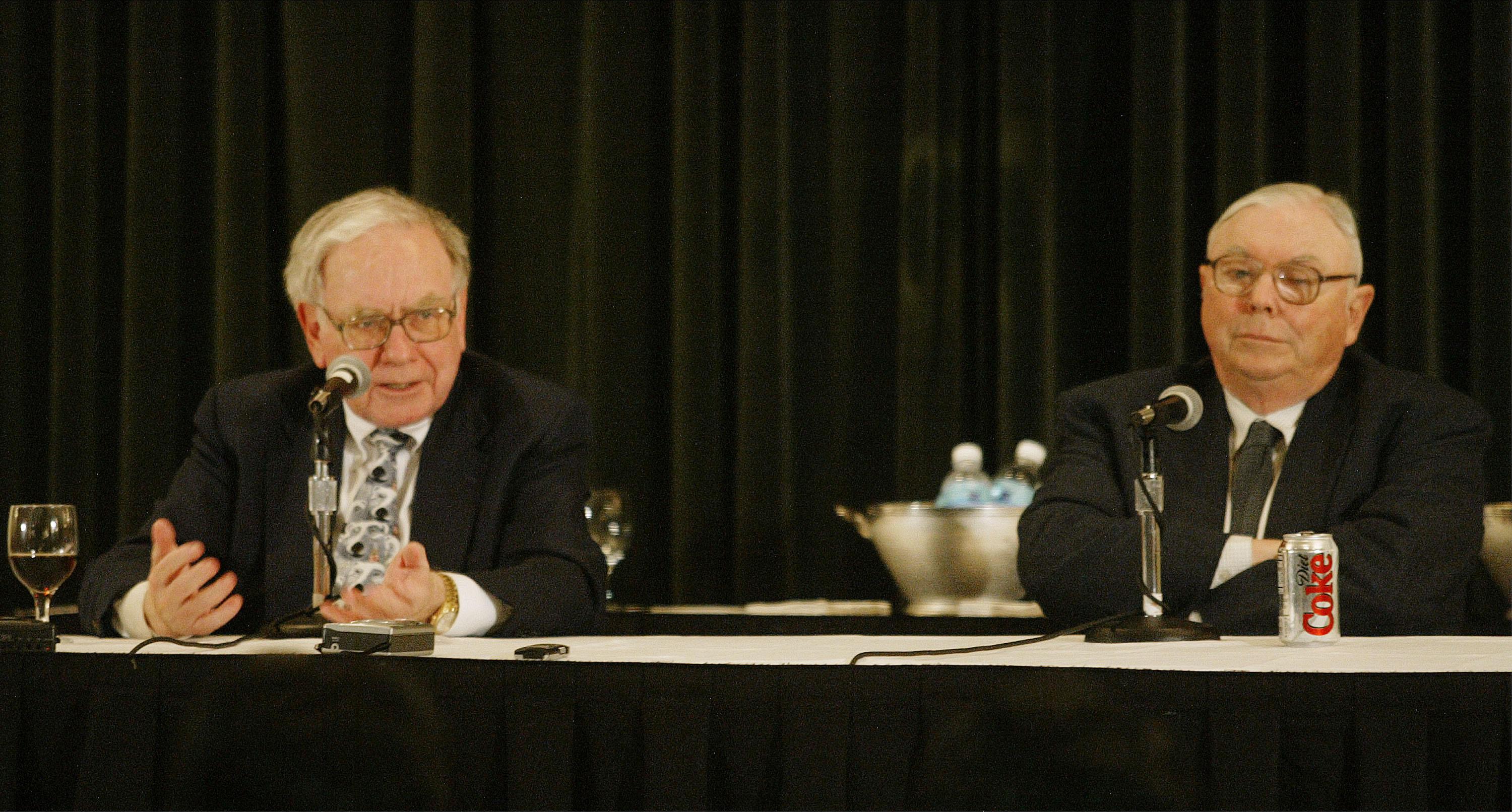 Today Warren Buffett and Charlie Munger held court at the 2022 Berkshire Hathaway BRK.A shareholder meeting. I’ve attended the event twice in Omaha. This year I watched on my iPad from a Starbucks in Ocean City, Maryland. Watching it live in Omaha is better. Yet as always, Buffett and Munger imparted their wisdom as only they can.

Here are seven things I learned.

1. Berkshire Earnings Declined 53%, But Not Really

The headline number for Q1 2022 was a decline of earnings from $11.71 billion last year to $5.46 billion this year. Dig a bit deeper into the numbers, however, and you realize why Warren Buffett has criticized an accounting rule that requires Berkshire to report unrealized investment gains and losses on its statement of operations.

Berkshire’s operating earnings increased year over year. In Q1 2021 the company’s operations earned $7.018 billion (after tax). In the first three months of 2022. it earned $7.040 billion. The “losses” come from investments. Last year Berkshire reported a $4,693 billion “gain” on investments. This year it reported a $1,580 billion “loss.”

2. The Transition Has Begun

Based on past comments from Charlie Munger and later confirmed, Greg Abel will replace Warren Buffett someday. Should he be unavailable, Ajit Jain would take the helm. For me, it’s good to see the next generation of management on stage. Shareholders flock to Omaha to hear from Buffett and Munger. Frankly, my hope is that we hear more and more from Abel and Jain.

He started the meeting noting that Charlie Munger and he are a combined 190 years old. Charlie is 98, Buffett is 91. Buffett noted that if someone in their 90’s were running one of their businesses, he’d want to see them from time to time.

He also joked that a rumor had started that he was the lady in the illustration on the boxes of See’s Candy. While he acknowledged the resemblance, he wondered if the rumor had been started by a competitor.

I watch more financial news than I should, which is to say, I watch financial news. It’s filled with interviews of prognosticators. Some of these fortune tellers run hedge funds or ETFs. Others teach at a college. While still others are authors, TV personalities or YouTube stars.

If their predictions have any value, it’s to learn something about them, not what they are predicting. They are best ignored.

Buffett reiterated that they believe in holding lots of cash. And here he distinguished Treasury bills from commercial paper. The former is cash, the latter is not.

They do spend a lot of cash in short periods of time. In the first quarter Berkshire spent more than $40 billion in investments. Its big day was on March 4, when they invested $4.6 billion. Yet they still hold more than $100 billion in cash.

My thoughts went to Michael Saylor and how he has leveraged Microstrategy to own Bitcoin BTC . From comments he’s made, he doesn’t plan to invest Bitcoin into productive assets at some point in the future. Bitcoin is the point. I wonder if he’ll change his tune when his company’s debt is due.

5. They are Still no Fans of Bitcoin

Charlie Munger described what he called a “mania of speculation.” He noted that we have a system that combines wild speculation with legitimate, long-term investing. And those comments were not directed at Bitcoin. With Bitcoin, both Buffett and Munger continued their attack on crypto.

In response to a question, Munger explained what an investor should do if their money manager called up and recommended they invest in Bitcoin for their retirement. Don’t do it.

Jain’s response to a question comparing Progressive PGR to GEICO is a masterclass in how a business leader should answer a tough shareholder question. He didn’t duck the question or sugarcoat his answer.

In short, Progressive’s use of telematics has enabled it to outperform GEICO in the recent past. Telematics refers to technology auto insurance companies use to assess a customer’s driving habits. By better understanding how an individual drives, an insurance company can more accurately determine risk. Progressive has been using telematics successfully. GEICO has not.

It’s not the first time Jain has had to address this question. The same question came up last year. They still have work to do, but they are making progress.

And if that weren’t enough, Jain gave an excellent response about assessing the insurance risk of a nuclear attack. In short, it can’t be done.

I’ve never been a fan of Robinhood. It promotes trading strategies that in my view are not in the best interests of investors. It turns out that Charlie Munger takes an even more dim view of the investment app.

“It’s so easy to overdo a good idea. … Look what happened to Robinhood from its peak to its trough. Wasn’t that pretty obvious that something like that was going to happen?” Munger said. He called it “disgusting” and noted that now “it’s unraveling. God is getting just.”

This is a developing story, and I’ll update this article as the meeting continues.

Buffett and Munger addressed two issues with index fund investing. The first involves the fact that index fund managers vote the shares by proxy, not the individual shareholders of the funds. As index funds take about 50% of the share of public companies, proxy voting becomes more and more of a concern. Both Buffett and Munger agreed this is a problem, although no solutions were discussed in detail.

The second issue was identified in a passing reference by Munger. He noted that index fund investing has worked well for investors. But then he stated that if index funds controlled 90% of the market, this could change. Although he didn’t elaborate, I suspect he’s referring to the lack of price discovery if index funds controlled most of the market. At present it’s a theoretical concern, but one not to lose sight of.