Home News A late surge carried the Bitcoin price past $31,000, where it started the week

Bitcoin price dropped toward $29,200 before a sharp turnaround that saw the price get close to $30,000 later. The cryptocurrency has traded in a choppy price range, and so far, the upside has been capped as some buyers remain on the sidelines. At the time of writing, BTC is changing hands at $30,604. 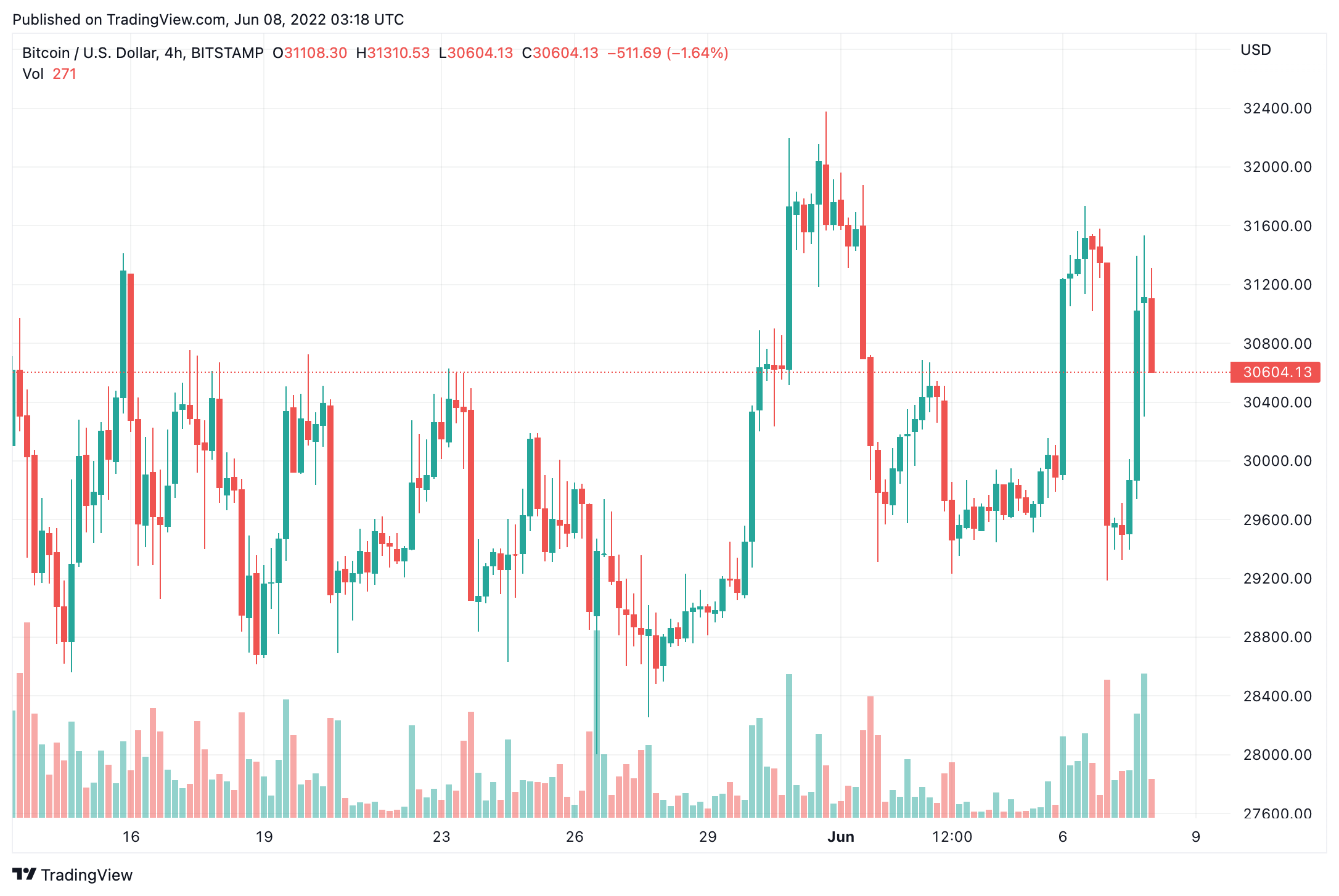 Bitcoin price lost to $30,000 as investors searched for a bottom

“Bitcoin sentiment is still relatively negative among the population of holders. This can sometimes be a recipe for unexpected swings to the upside, especially with the current recipe of high leverage ratio + over average negative funding rate”, Santiment reported.

Bitcoin remains in a choppy trading range as short-term indicators are neutral. The cryptocurrency could find support at $25,000 and $27,000 as its price continues to stabilize from last month’s sell-off.

The daily chart’s Relative Strength Index (RSI) returned below the 50 neutral mark, indicating weak momentum behind the latest price bounces above $30,000. On the weekly chart, the RSI is the most oversold since March 2020, which preceded a rise in crypto prices. Still, indicators can remain oversold for several weeks, especially within a price downtrend. That means the upside could be limited for BTC, with immediate resistance at the 50-day moving average of $33,371.

Meanwhile, altcoins were mixed. Ether, the second-largest crypto, was recently down over 1%, trading just above the $1,800 level. Chainlink (LINK) rallied by 11% over the past 24 hours, compared with BTC’s flat performance over the same period. Internet Computer’s ICP token was down by 6%, and Solana (SOL) declined 4%. Sentiment among crypto traders remains bearish, although some analysts and fund managers are starting to search for a price trough in the hopes of recovering from big losses realized over the past month.

The overall cryptocurrency market cap stands at $1.261 trillion, and Bitcoin’s dominance rate is 46.8%.