According to Whale Alert, 390 million XRP has been transferred by Ripple and several anonymous users in the past two days. Meanwhile, Ripple’s native token shows a gain of around 10%, currently trading at $0.7605. 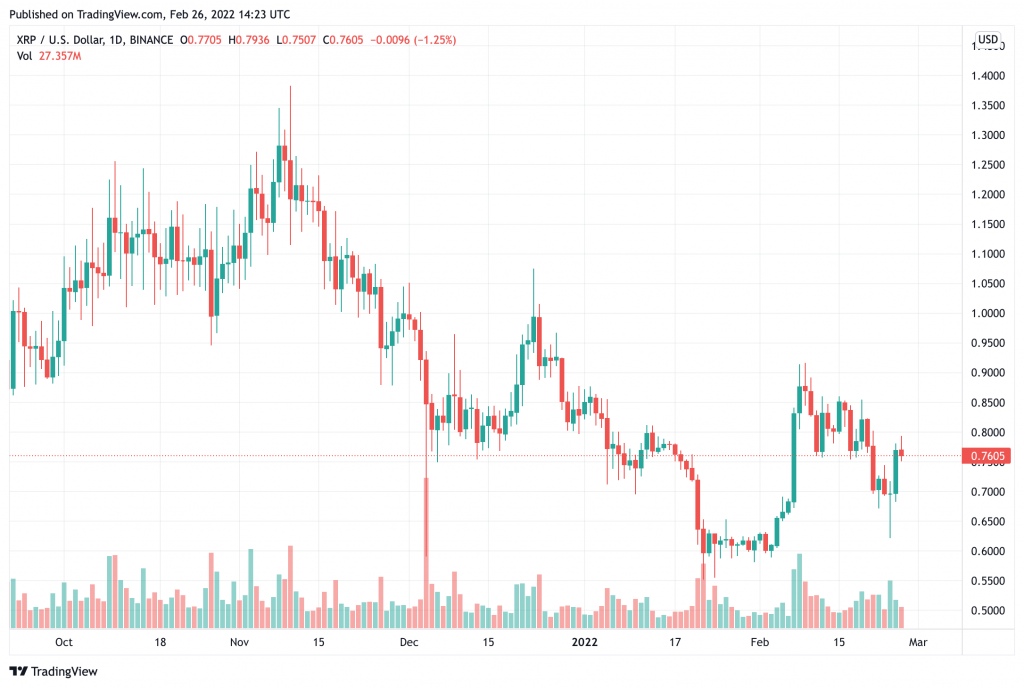 There have been several significant XRP transactions over the past 24 hours. Two of them are made by Ripple. A detailed look at the data provided by XRP-focused analytics service Bithomp reveals that the crypto giant moved 50 million XRP ($34,906,740) into one of its wallets – RL18-VN. This wallet is commonly used to transfer XRP beyond Ripple – to digital exchanges, crypto custody providers, and Ripple customers.

Then, 20 million XRP was sent from that wallet to crypto exchange Coins.ph in the Philippines. This exchange acts as an On-Demand Liquidity (ODL) corridor. Similar corridors are active in several other countries – Mexico (Bitso), Europe (Bitstamp), Australia (BTC Markets), and more. 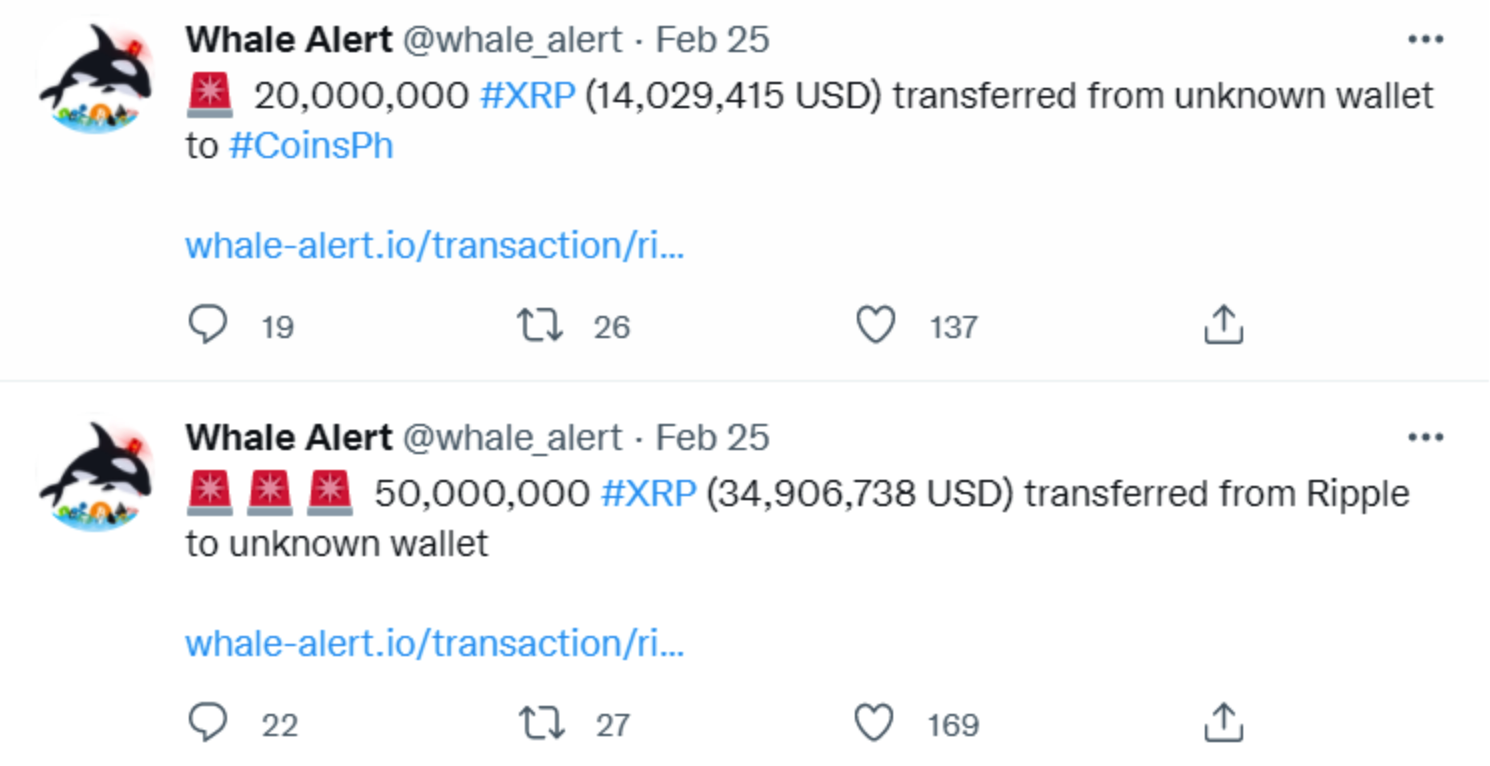 Whale Alert detected a staggering amount in XRP transferred on February 25 between two anonymous wallets. They transferred 305.8 million XRP, which on that day was worth $214,952,290. When the XRP price has spiked, the amount is worth $233,131,991.