CULT DAO is one of the projects pushing for a faster decentralization of the financial world. To reach its goal, the blockchain-based DAO has announced the upcoming release of a Revolt 2 Earn token. While the concept is fascinating itself, the fact that it attracted the attention of hacktivist group Anonymous is even more intriguing.

In recent years, Anonymous has often proven its support for a more decentralized world where individuals would be free from society’s constraints.

The screenshot below shows that Anonymous hinted at CULT DAO’s recent Revolt 2 Earn (RVLT) token and concept. And while the hint is subtle, it aligns with the group’s usually subliminal activity. 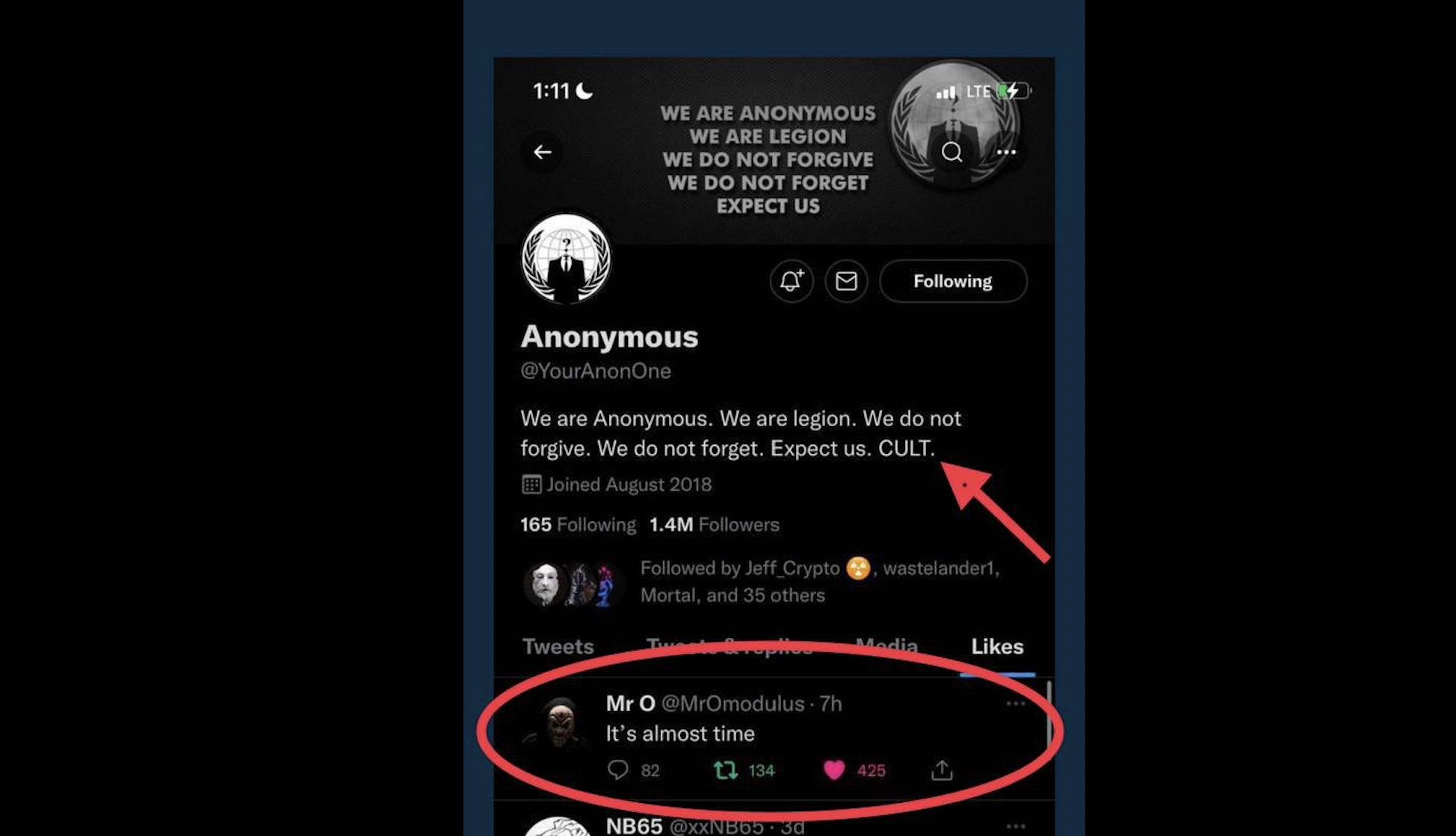 Most importantly, this is not the first time Anonymous has made an indirect reference to CULT DAO. Earlier this year, the CULT token experienced a spectacular rise in value. 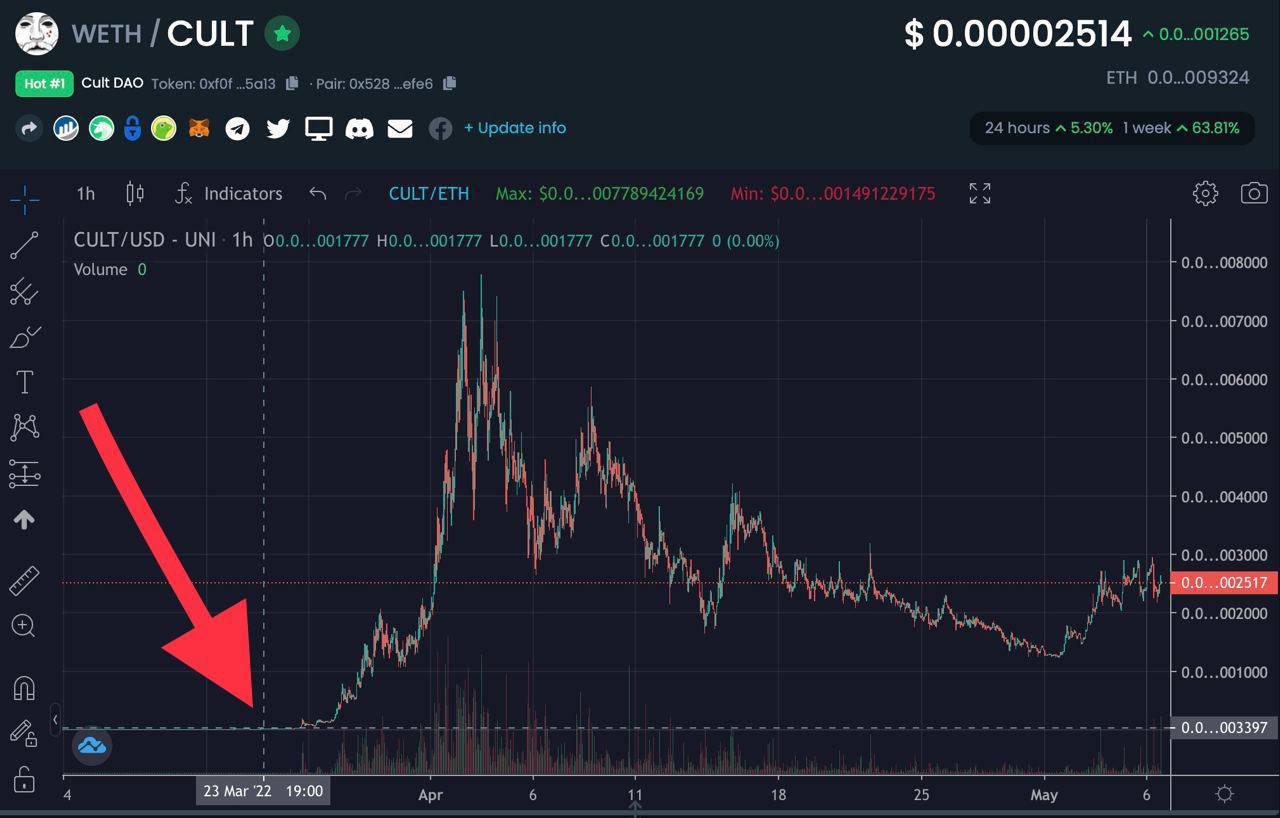 Simultaneously, Anonymous posted an excerpt of The Great Dictator, a movie in which Charlie Chaplin gives a resounding speech about the individual’s freedom of will. Unsurprisingly, the same speech is one of the key elements and soundtrack of CULT DAO’s website https://cultdao.io. 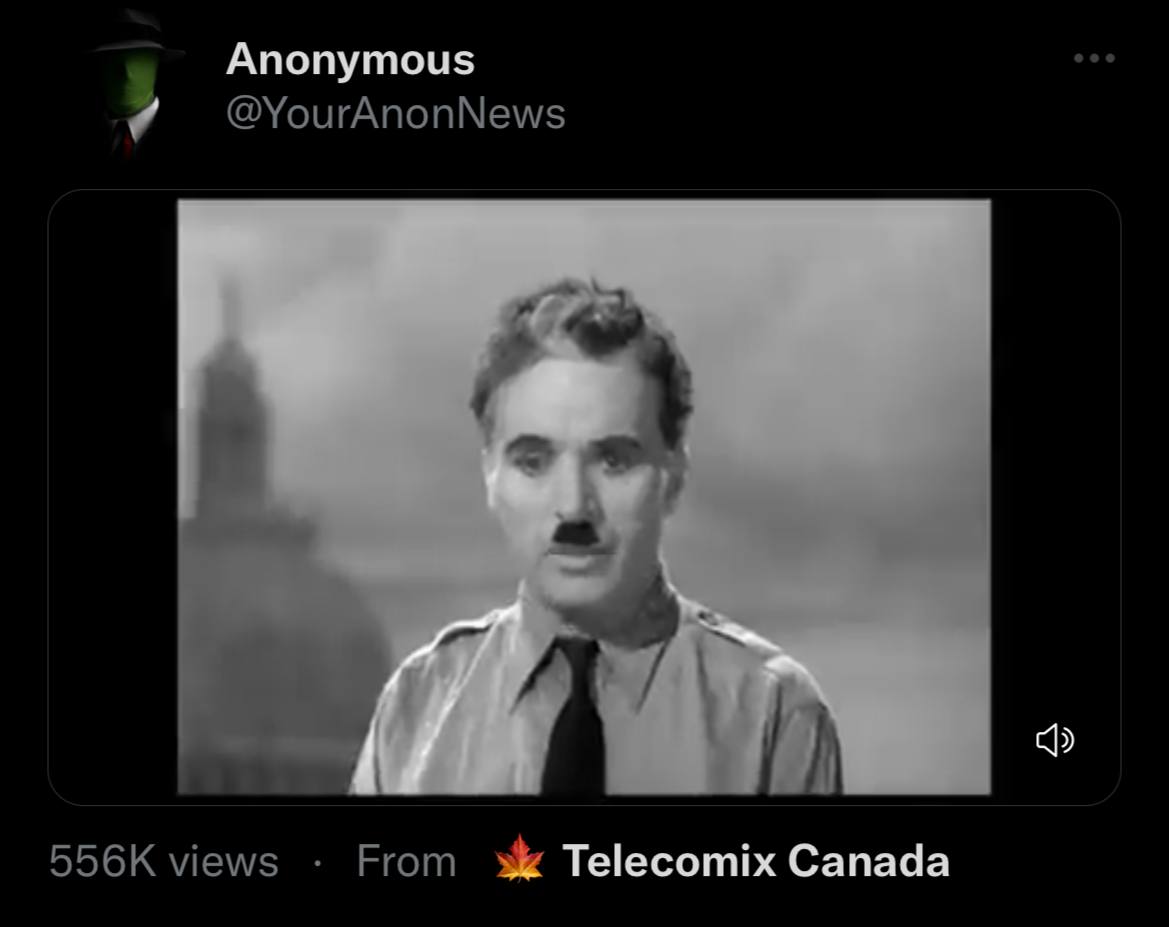 What is Revolt 2 Earn?

So, what makes Revolt 2 Earn so exciting for the CULT DAO community and beyond?

Revolt 2 Earn, the concept Anonymous seems to have hinted to support, is a proof-of-stake (POS) token with 0.4% taxation built on the Polygon blockchain. It is the first token in the CULT ecosystem and should be available within the upcoming months.

Here’s how Cult DAO founder Mr. O’Modulus came up with the idea, according to his recent blog:

Society is designed to make it as difficult as possible to break away from economic, societal, and social norms. So what if supporting the $CULT ecosystem could be in itself a full-time or part-time job?

Once RVLT is up and running, the protocol will randomly pick 490 stakers and 10 consistent NFT owners every month. These 500 members from all the RVLT stakers (uRVLT owners) will approve or reject the other users’ submission of actions supporting the “CULT revolution.” Notably, these actions can include anything from stickering to leafleting, shilling, or civil disobedience.

Governing the Many will be the CULTmanders, a group of RVLT stakers that stake for a mid-long period. This system helps users liberate themselves from the centralized system and still have access to level and individual rewards.

Mr. O’Modulus backs this concept in the same blog:

This protocol exists to allow The Many to not have to rely on wage labor fully, or in part and to fill the gap and pay users to further the cause of decentralization and the CULT ecosystem.

CULT DAO in a Nuthsell

CULT DAO emerged as an absolutely necessary project that would bring decentralized finance closer to global adoption. The project follows the CULT Manifesto, which seeks to help and empower people to “break away from societal, economic, and other norms.” To this end, CULT supports other projects working for the same goal of supporting worldwide DeFi implementation.

Now, with the alleged support of Anonymous, the Revolt 2 Earn token and concept should help CULT DAO step closer to its goal.