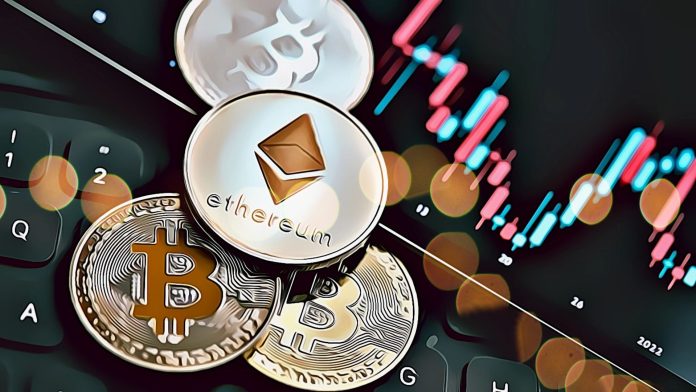 After a fall over the weekend, cryptocurrency markets are still trading sideways this week. The global crypto market is still below the $1 trillion threshold, indicating that the bears are still in charge even while support for critical digital assets like BTC and ETH holds.

The BTC and ETH markets have had a difficult month, with Ethereum prices stalling after peaking at $1,900 and Bitcoin failing to retain support above the $24k range.

A recent article from Yahoo Finance indicates that Bitcoin is still experiencing adverse momentum and that BTCUSD is “just barely hanging on” before a historically anticipated dip in September month.

The good news is that assuming the global economy improves, Bitcoin may have reached its low by September. According to Jerome Powell’s most recent speech at Jackson Hall last week, the Fed may continue to hike interest rates to curb inflation and kick-start the economy. A recovery in September might be unlikely as a result.

Even if the anticipated merger in September may provide some upbeat support for ETHUSD, Ethereum prices still closely follow Bitcoin market patterns. Because of this, it will be difficult for Ethereum to show significant bullish momentum without Bitcoin’s backing.

Also, the price movement of Bitcoin has remained consistent with that of traditional stock markets. The stock market has performed poorly this week, with the S&P 500 down 4% in the last five days, the NASDAQ down 3.88%, and the Dow Jones down 3.85%.

Although things may seem hopeless, the current prices offer a fantastic opportunity to Dollar-cost average your long-term assets for the forthcoming bull run.

The current low prices still hold support pretty well, even though any meaningful increases might not materialize until December or January. It is doubtful that the markets for cryptocurrencies will undergo another significant correction.

The Bitcoin fear and greed meter at alternative.me now has a score of 23. This month, the market’s level of fear has reached its peak.

Even though many traders fret about more corrections, it is best to buy when they are most afraid. When Bitcoin prices dropped from a peak of $30k to a low of $19k the prior month, the market was last this frightened. That occurred in July.

Because the market is currently dominated by bears and cryptocurrencies have a market value of less than $1 trillion, there is still no convincing rationale for a bull run to start.