Investors decided that Bitcoin wasn’t such a good deal after all – or nearly any altcoins, for that matter. Bitcoin was recently trading just below $30,000, a more than 6% drop over the past 24 hours that relinquished much of the gains posted during a U.S. holiday weekend surge. Bitcoin price was changing hands at $29.807 as markets responded to the relaxation of COVID-19 restrictions in China and the faint possibility that the U.S. central bank might relax its monetary hawkishness much later this year. 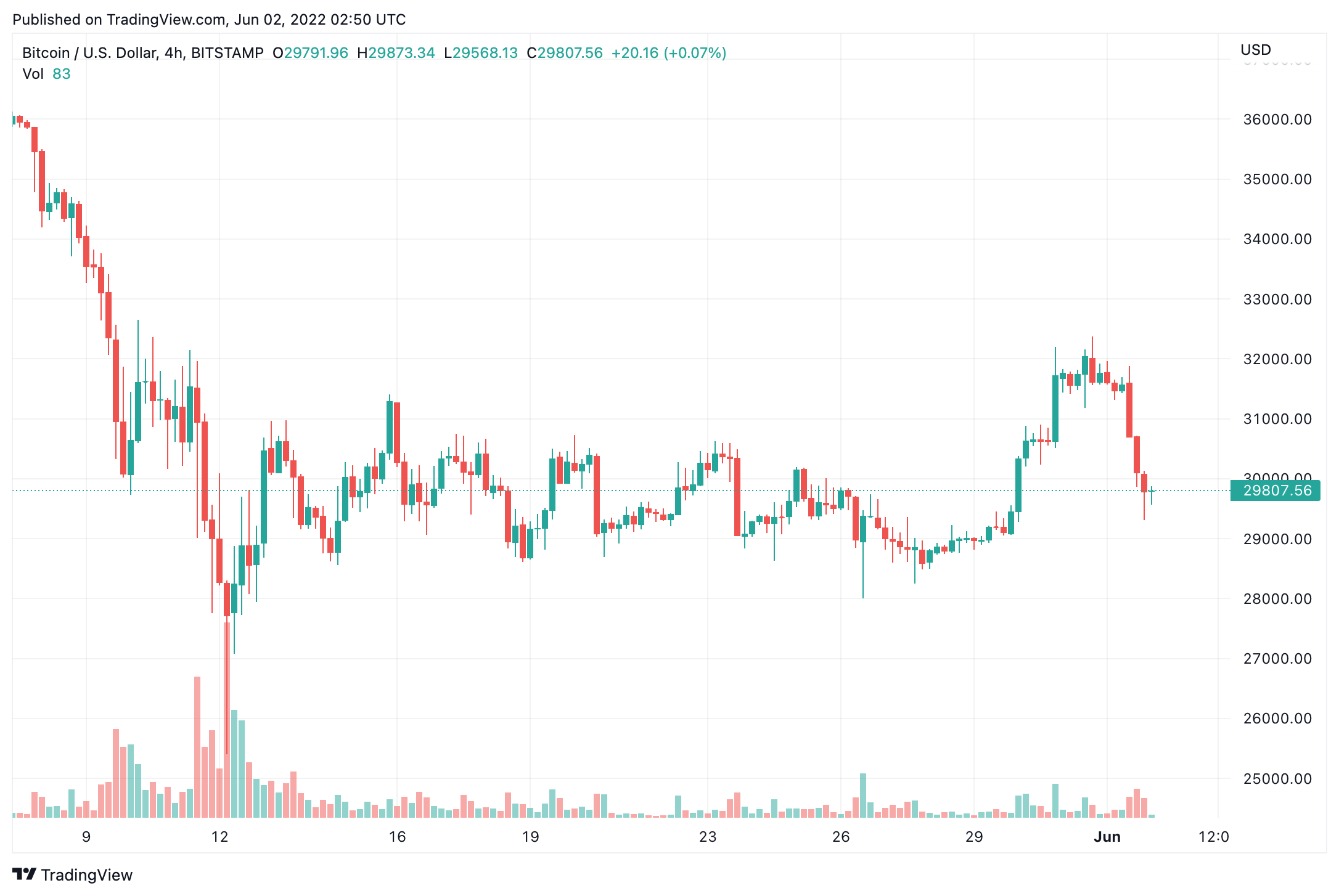 BTC pared earlier gains after buyers took some profits below the $33,000 resistance level. The cryptocurrency could find support, initially at $27,500 and then at $25,000. The relative strength index (RSI) on the four-hour chart reached oversold levels on Monday, which preceded the current pullback in price. And on the daily chart, the RSI returned below the 50 neutral mark, indicating a temporary loss in upside momentum.

On the weekly chart, bitcoin appears to be oversold, albeit with negative momentum signals. That suggests the upside could be limited beyond $35,000. For now, BTC is roughly one week away from registering a downside exhaustion signal, which previously occurred on June 7 of last year and on Jan. 10 this year. Still, a weekly close above $30,000 is needed to confirm a bullish short-term signal.

“Bitcoin and Ethereum gave up the profits that it had been enjoying since the weekend after the S&P 500 wobbled to a loss Wednesday. The “profitability line” was crossed for our 30-day MVRV metric, indicating that risk had temporarily jumped higher”, Santiment reported. 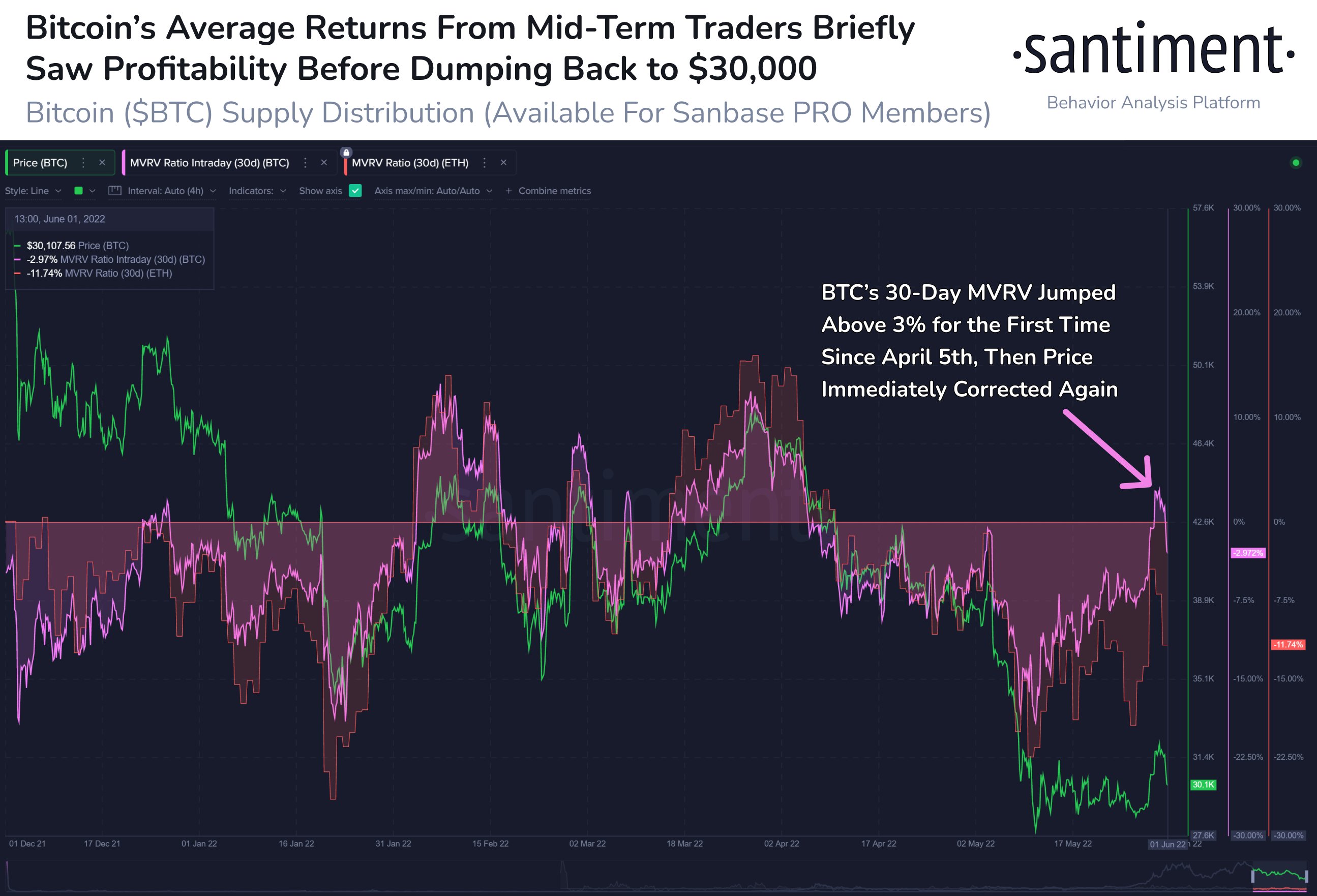 Most altcoins declined alongside BTC. For example, Solana (SOL) declined by 10% over the past 24 hours, compared with a 4% decline in BTC over the same period. GALA and ADA were down by 7% yesterday. All that good faith had faded into the mists by early today, with investors returning the whole hog to the risk-aversiveness that has colored their moves for much of the past eight months. Ether was also down over 7% over the same period, trading at about $1,800. Other altcoins sank even deeper with Luna Classic (LUNC), the new name for the original LUNA on the Terra protocol, falling 61% at one point.

💸 With $UST‘s (now known as $USTC) collapse in mid-May and $USDT‘s temporary de-peg scare, the #stablecoins moved heavily into their top 10 largest addresses (mainly exchanges). Meanwhile, $USDC and $DAI have been more heavily adopted by the mainstream. https://t.co/AAn7EFiLCF pic.twitter.com/75BZ75hloN

The overall cryptocurrency market cap stands at $1.235 trillion, and Bitcoin’s dominance rate is 46%.