A late surge carried Bitcoin past $30,000, but the mood among cryptocurrency investors remained pessimistic. Cryptos climbed late in the date, but not enough to dispel the prolonged bearish sentiment. At the time of writing, the Bitcoin price is changing hands at $30,514. 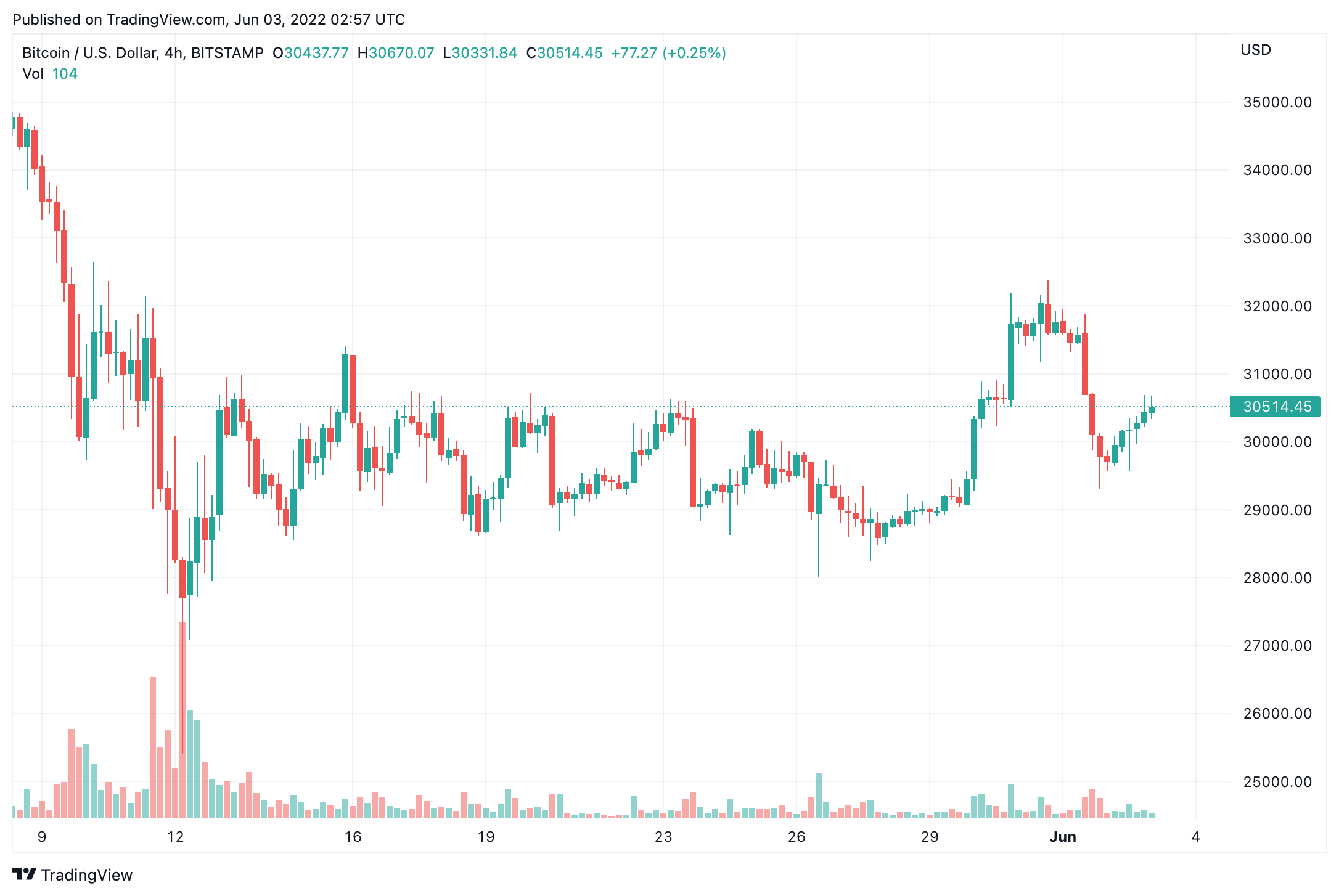 Bitcoin price continues to trade at about $30,000 as indicators remain neutral

Bitcoin held initial support near $29,300, which was where an upswing in price originated over the past weekend. The cryptocurrency remains in a tight intraday range, with a midpoint at $30,100. That’s where the most trading volume occurred over the past two weeks. For now, BTC’s price could continue to revert to that midpoint level until a decisive breakout or breakdown is confirmed.

The upside appears to be limited between the $33,000-$35,000 resistance zone, especially as momentum signals remain negative on long-term charts. Still, momentum remains positive on the daily chart, which could keep short-term buyers active. The 14-day relative strength index (RSI) will need to return above the 50 neutral mark to sustain a recovery bounce in price.

“Bitcoin highlighted another major week full of the major trading volume. Between the top 8 largest non-stablecoins, the past 7 days were the 2nd largest total trading volume since $BTC’s All-Time High, only trailing the massive dip week in early May”, Santiment reported. 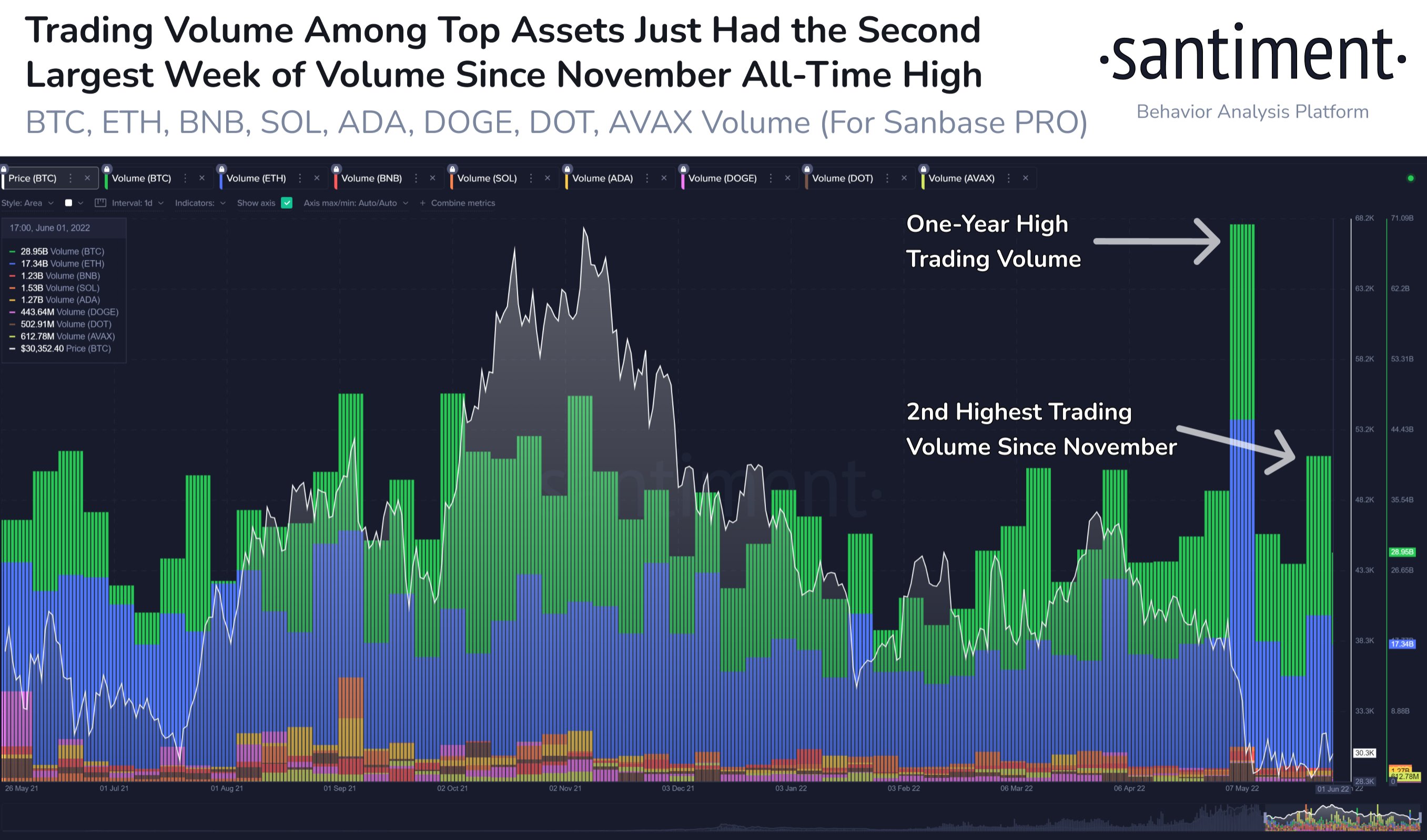 Technical indicators have been neutral throughout the past week as BTC traded at about $30,000. Meanwhile, some altcoins are outperforming BTC, which could encourage some buyers to return from the sidelines.

Ether was changing hands at just above $1,800, up slightly for the same period. Most altcoins rose late with ADA recently rising nearly 6%, and APE up over 4%. Trading was choppy as investors continued to shy away from riskier assets – their behavior a product of inflationary and recessionary fears that have mushroomed steadily this year.

The overall cryptocurrency market cap stands at $1.259 trillion, and Bitcoin’s dominance rate is 46.2%.