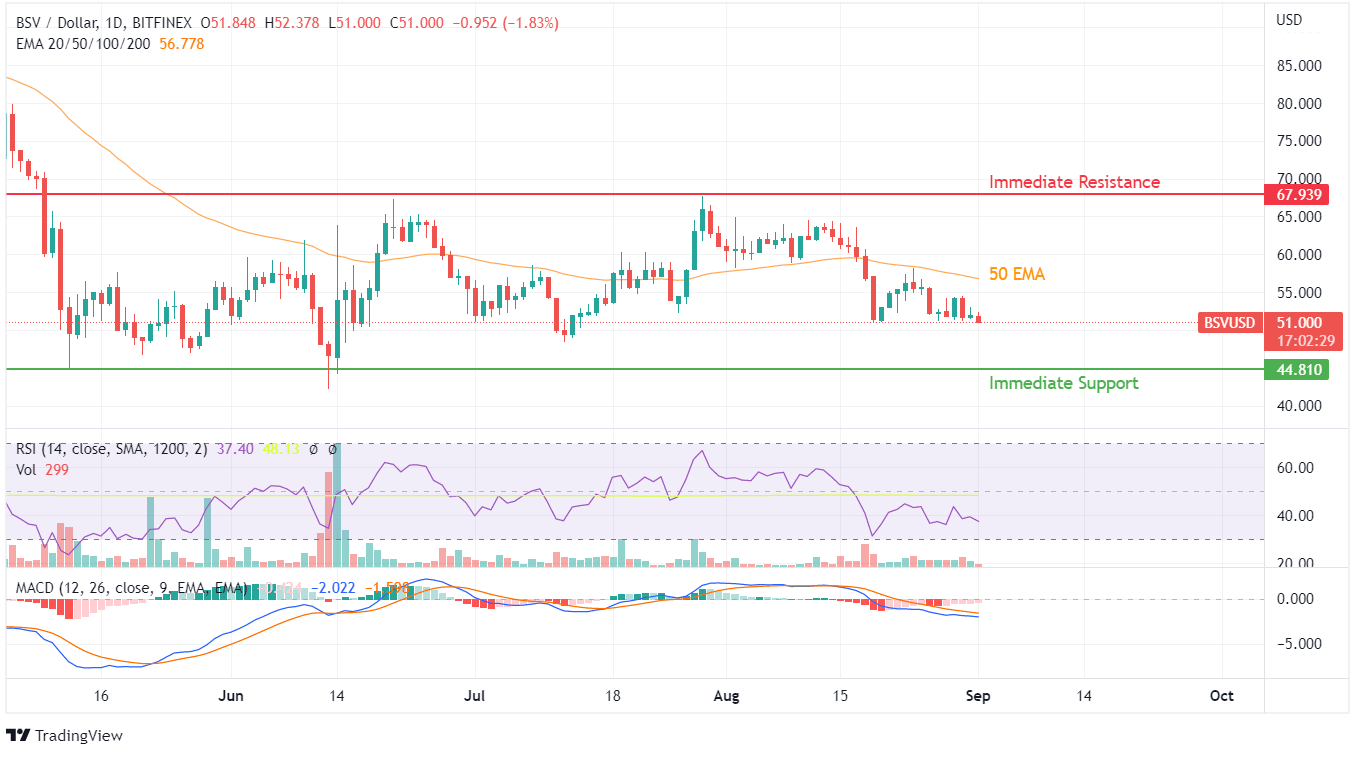 Mining-focused cryptocurrencies are taking a major hit as cryptocurrencies fail to consolidate above their important moving averages. The profit booking near the immediate resistance for BSV has led the prices to a significant decline compared to the August 2022 peaks. The current price action of Bitcoin SV shows a bearish engulfing candle formation that could disseminate the remaining possibility of a positive outcome from the $50 range.

As the Bitcoin SV prices need only to decline marginally to reach the support level of $44, the formation of negativity has begun already. This situation can be confirmed by noting the RSI indicator, which is moving towards negativity. The MACD indicator marked its bearish crossover indicating a strong possibility for profit booking and price decline about three weeks ago on August 15, 2022.

In reality, the price action and momentum of the BSV token already indicated a larger profit booking sentiment since the positive RSI failed to create similar momentum on the actual price action. This situation led analysts to believe that the next round of profit booking was capable of testing the immediate support level. 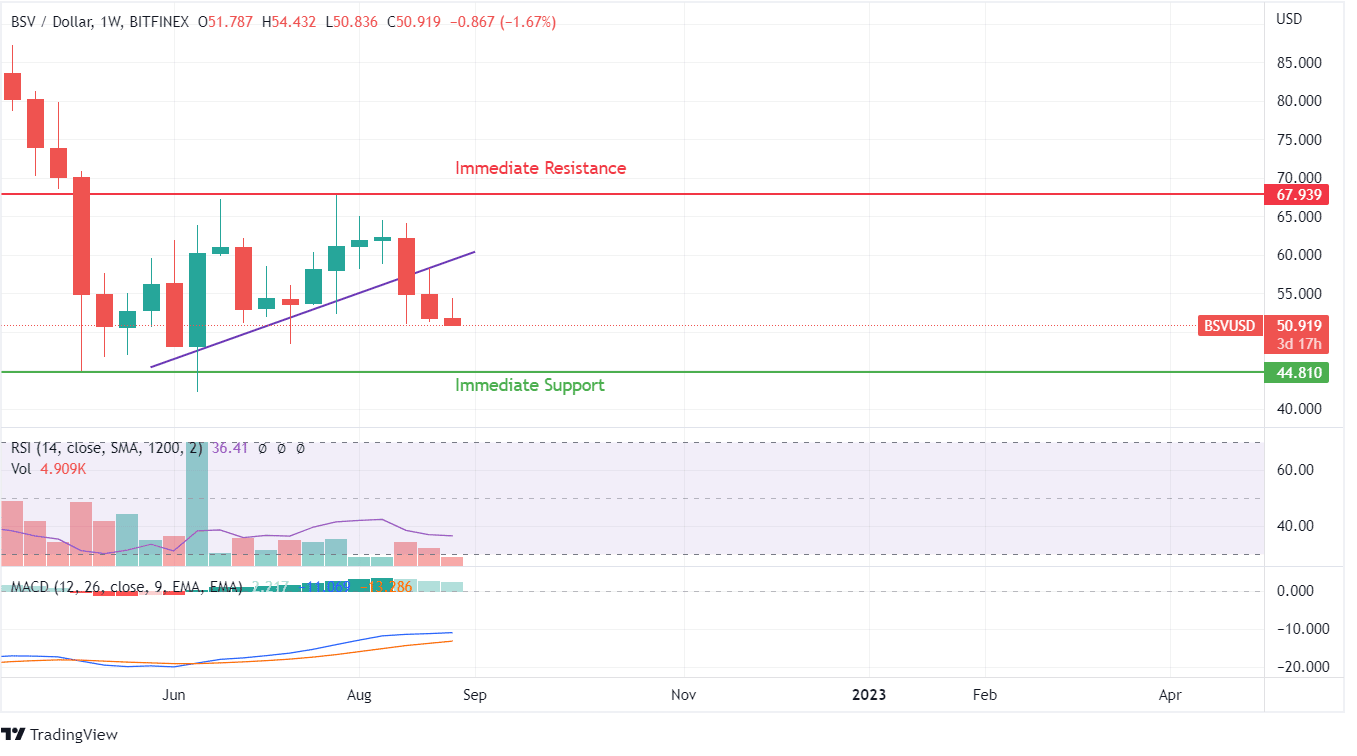 Weekly charts of Bitcoin SV show the support level to be just marginally away from the current trading value of $50. The previous turnaround happened at around $48, which creates a wait-and-watch scenario for enthusiastic buyers. Increased buying action can surely take over the price charts, but the outcome of the BSV token remains focused on negative action.

Despite RSI indicating no clear trend, MACD curves consistently rally towards the positive axis with no indication of a bearish crossover anytime soon. But breaching $45 on the weekly charts could create such an indication and push the value of the BSV token even further below the previous swing low of $44. 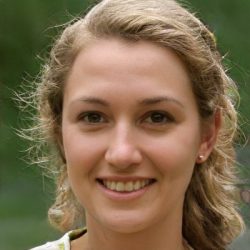 Roxanne Williams has recently joined as a market reporter for CryptoNewsZ – the 24/7 crypto news site, where she produces recent stories, technical analysis and price updates on world’s leading cryptocurrencies.

Back to top button