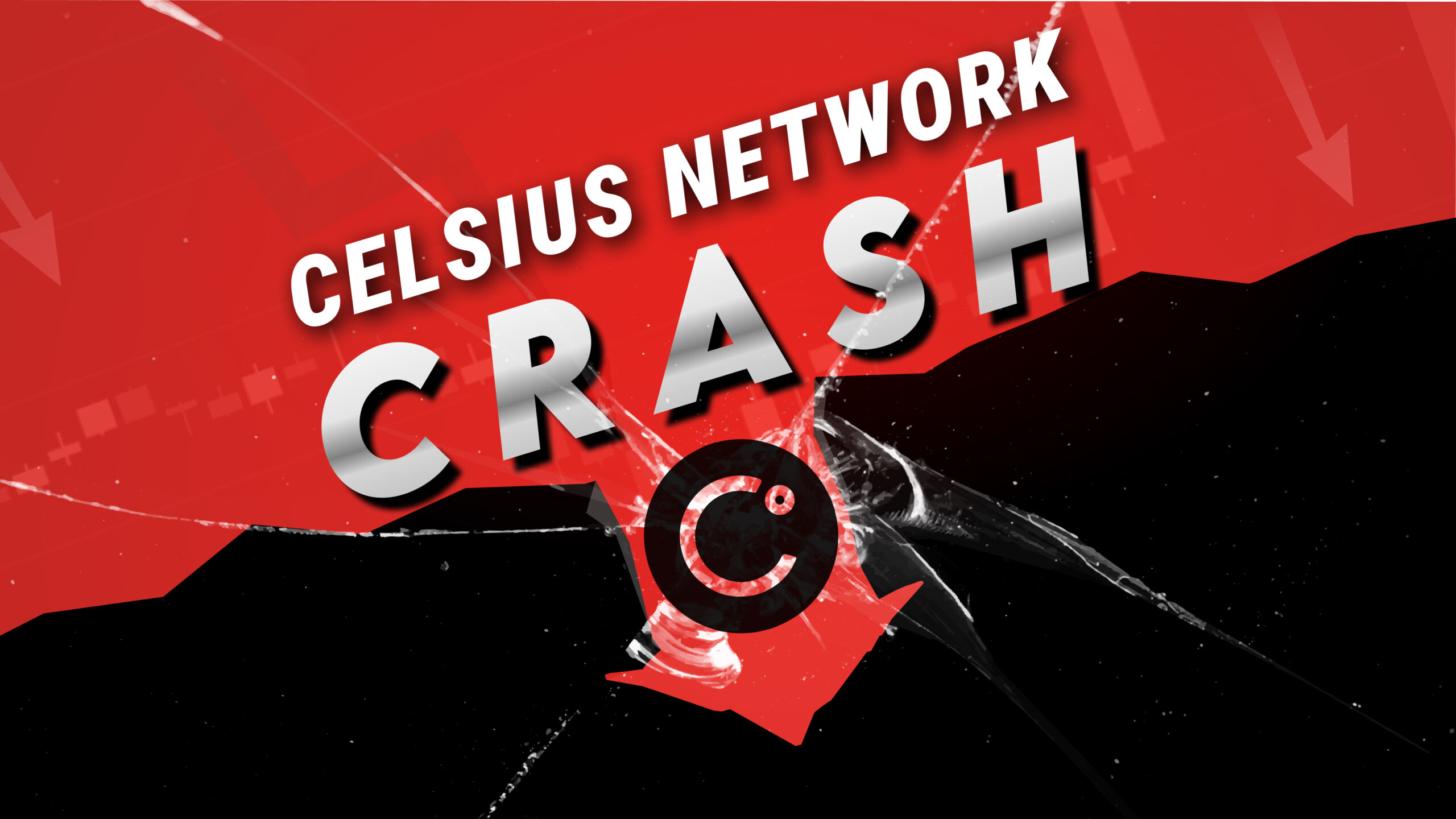 Celsius Network is considered one of the largest gateways to crypto, among other big players such as BlockFi and Nexo, with $864 million worth of venture capital raised and over $3 billion worth of funds custodied for 1.4 million customers. Offering attractive yields, simple to use UI, and promises of security and transparency, it was truly the perfect crypto on-ramp for less experienced crypto users, abstracting away the complexities of DeFi (Decentralized Finance), and offering only pure and straightforward DeFi yields.

However, their asset management practices have recently been brought to light. As it has recently surfaced, their risk management strategy heavily relied on continued bullish crypto narratives pushing prices upwards, leaving them unprepared for significant drawdowns. Coupled with what is colloquially known as “degenerate trading” strategies, Celsius is now running a risk of liquidation and potential bankruptcy.

Some people believe Celsius will be yet another big platform to go down during this bear market, potentially pushing crypto prices even lower than before, and likely resulting in a further liquidation cascade that could destroy protocols, VCs, investment funds, and many others. As the story is still unfolding, let’s take a look at where Celsius is at right now, and where it might end up.

For another perspective on the situation on Celsius Network and how events may unfold, check out Michael’s analysis:

revealed that Celsius was staking up to $535 million worth of UST on the Anchor protocol. Reportedly, prior to the full-on depeg of the UST, Celsius had managed to pull out their funds without too much damage, leaving the Terra ecosystem with a half a billion-dollar hole in their pockets. It seems that Celsius managed to get out of that situation mostly unscathed. However, this should’ve served as a red flag that indicated what kind of risk Celsius is willing to take on.

This one’s also pretty straightforward. Celsius has been using their customer’s WBTC (wrapped BTC on Ethereum) as collateral to borrow DAI on the Maker protocol in order to stake the DAI stablecoin for very favorable yields. Everything had been going great until BTC started to tumble down at an accelerated pace after UST collapsed. As the price tumbled, it was cheaper for Celsius to keep adding to the collateral instead of paying off their DAI debt, losing some capital and the DAI yields. Likely in expectation for a trend reversal or at least a short-lived BTC relief rally, they kept adding to the collateral, which itself was subsidized by their customer’s funds.

Celsius offered their customers an attractive <8% yield on ETH while the best ETH staking deal one could get was by staking their ETH on the Ethereum PoS Beacon chain, which offers ~4.2% yield at best. So how could they possibly deliver such an incredible deal for their customers?

The answer was stETH – staked ETH, a liquid ETH derivative offered by Lido Finance. In essence, it’s a fully collateralized representation of ETH staked on the Ethereum PoS Beacon chain. In the post-Merge era, when staked ETH withdrawals will be enabled, 1 stETH will be redeemable for 1 ETH. This allows anyone to earn a yield on ETH offered by the Beacon chain without running the staking infrastructure. The issue arises from two interlinked facts – stETH’s dollar value is not pegged to ETH’s dollar value & stETH cannot be redeemed for ETH, only vice-versa is possible.

So Celsius was doing three things with their customer’s ETH to generate the exorbitant yields:

The current issue Celsius is facing is the fact that while swapping an equivalent amount of ETH for stETH, stETH currently is not trading for the same dollar value as its ETH equivalent, due to several reasons. As a result, they’re currently in possession of roughly $0.94 for every 1 $ worth of ETH they owe to their customers. On paper. In reality, it’s much worse than that. Celsius holds ~445k stETH, which is currently valued at $540 million and cannot all be swapped for ETH on Curve Finance pool due to lack of liquidity.

So long story short, Celsius was lending 27% of their ETH on DeFi, and swapped 44% of their ETH for stETH, which is now worth less than ETH and cannot even fully be exchanged back to ETH on an exchange such as Curve Finance. As a result, most of Celsius’ ETH is illiquid.

The situation is getting more dire by the day for Celsius. At the same time as BTC and ETH prices are tumbling, their ETH liquidity is drying up and they’ve had to top up their WBTC collateral several times from 22k all the way down to 14k to keep margin calls at bay.

To do this, they’ve had to put all withdrawals, swaps and transfers between accounts on hold, thus completely locking users out of their assets. This move was done to prevent a bank run, which would’ve completely drained Celsius of their holdings without being able to allow their clients to fully redeem their deposits for whatever Celsius was holding on-chain due to their liquidity crisis, leaving many of them empty-handed. In addition, Celsius would not have had any spare capital left to top up their WBTC collateral on Maker and avoid liquidation, making things that much worse than they already were. Although shutting down withdrawals was probably a prudent move, given how much worse it would’ve been both for Celsius and the customers had they not done that, Celsius is now stuck between a rock and a hard place.

Celsius is currently at a standstill – they’ve added enough additional collateral to keep the LTV (Loan-To-Value), i.e. margin call threshold above 150%, which currently sits at $14k per BTC. They got very close, but luckily the market kept BTC’s price above 20k. Their stETH and ETH liquidity issues are unlikely to be solved any time soon, and, in the case of stETH, they are likely to get even worse if stETH’s market value keeps dropping lower than ETH’s. With withdrawals, swaps and transfers still halted, Celsius seems to be trying to wait it out in hopes of BTC at least offering a relief bounce somewhat higher.

There are several options on the table for Celsius, none of which look particularly appealing, but some are certainly worse than others. They could subsidize their liquidity gap by raising more external funding and acquiring a loan. An acquisition offer has also been advertised by one of their competitors, Nexo, who have publicly made an offer to acquire their assets in order to provide immediate liquidity to Celsius clients. And there is the bankruptcy option, which could also offer a relatively easy way out for the company.

Regardless of the outcome, customer trust has been damaged. If they manage to secure a loan or get additional funding, that might get them out of short-term liquidity crisis and possibly allow them to fully reimburse their earners and custodial holders. The question then becomes- who would be willing to extend them a loan?

What becomes of Celsius going forward is unclear. However, what is clear is that time and time again we get to witness the extreme importance of the age-old rules of crypto – be wary if something seems to good to be true, and never put in more than what you can afford to lose.

Doing your own research is incredibly important, as it’s easy to get swept up in the hype. Thinking critically and understanding the fundamentals can help you avoid a lot of heartache in the future.