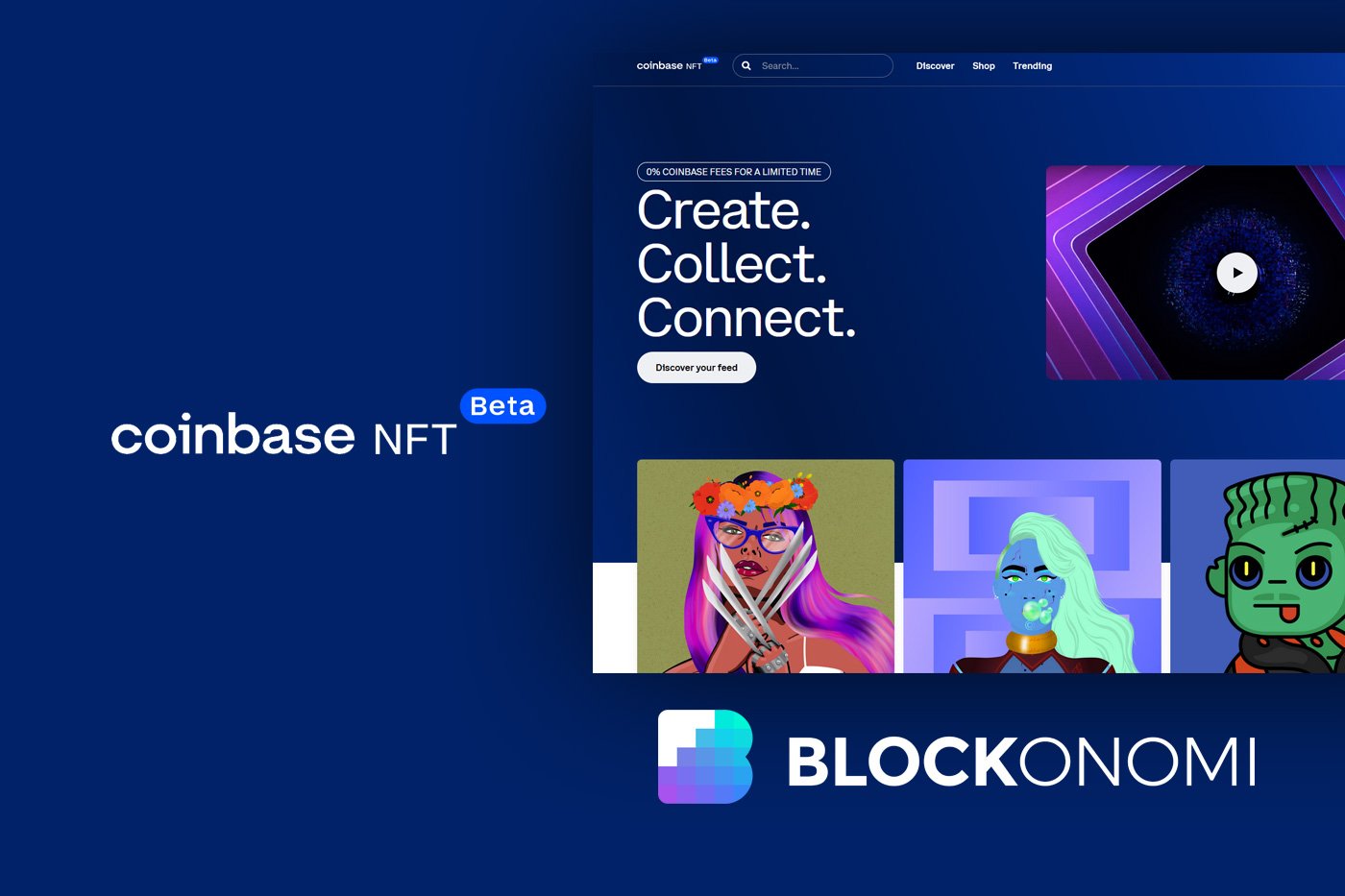 The crypto exchange giant Coinbase is ramping up efforts to make its NFT platform accessible to all users.

Coinbase NFT is clearly a big bet by the leading crypto exchange.

Following the beta launch of the NFT platform only two weeks ago, Coinbase announced that the marketplace is now open to all customers.

That leads to 90 million users and an infinite number of visitors being able to join the platform in only a few clicks.

The news came as a complete surprise given that the NFT marketplace beta only went live two weeks ago and was limited to a small number of consumers.

The recent revelation about the platform’s poor performance in terms of trade volume may have prompted the widespread opening.

According to Dune Analytics, the first week saw “impressive” revenue of 104.5 ETH – almost $300,000 at the time of publication.

The community also underlined a couple of sore points that could potentially lead to the poor performance.

The most relevant is the fact that the NFT beta launch was only open for a number of users selected from a waiting list of nearly 4 million accounts.

Coinbase did not offer an explanation, instead returning this week with action. And here we have it, a public beta of the NFT marketplace.

According to a Coinbase representative, the product is now fully prepared to handle the increased amount of transactions.

Despite the positive news, it’s important to note that the NFT marketplace is still in beta, and the business is currently working on expanding the platform’s functionality.

Coinbase chose to enter the NFT sector in a totally different way. Its NFT marketplace is intended to function as a social networking platform for NFTs.

A Great Idea From Coinbase

It will be a space for connecting as well as creating and collecting NFTs. Coinbase has currently implemented comment, like, and report for each collection.

Users can create a follower community and discover new collectors and creators. The NFT marketplace also allows customers to detach their digital wallet and take the NFT elsewhere at any moment.

A self-custodial wallet to buy and sell NFTs is also on offer.

Coinbase will not charge transaction fees for NFT purchases at first, but will do so in the future, with rates as low as single digits, according to the company. Users can purchase NFTs with cryptocurrency, but they can also use credit cards.

Furthermore, Coinbase said that it intends to expand its user base in the near future through a series of NFT collecting partnerships related to the platform, one of which has already been announced.

Is Coinbase Rushing The Process?

It’s not difficult figuring out whether the move worked or not. Unfortunately this time, Coinbase’s performance has shown less improvements.

Data from Dune Analytics revealed the ugly truth: less than 110 transactions were logged in the first five hours of launch, amounting to less than $60,000 in sales.

Too many expectations can be a life or death matter since the project is still in its early stages. But at the same time, it’s unavoidable since Coinbase is a big firm in the crypto industry.

Still, it’s too early to draw any conclusions at this point; everything is just getting started. We have a long time to see if the success of the crypto market can be recreated in the NFT sector.

“I think the expectations were ratcheted higher by other people…I’ve spoken with their team, they are very understanding that they are entering a new space, there are going to be iterations. But it’s going to be slow. OpenSea is going to be the leader for quite a long time.”

With a public Beta now open – we will see what the masses think of this new project from Coinbase.