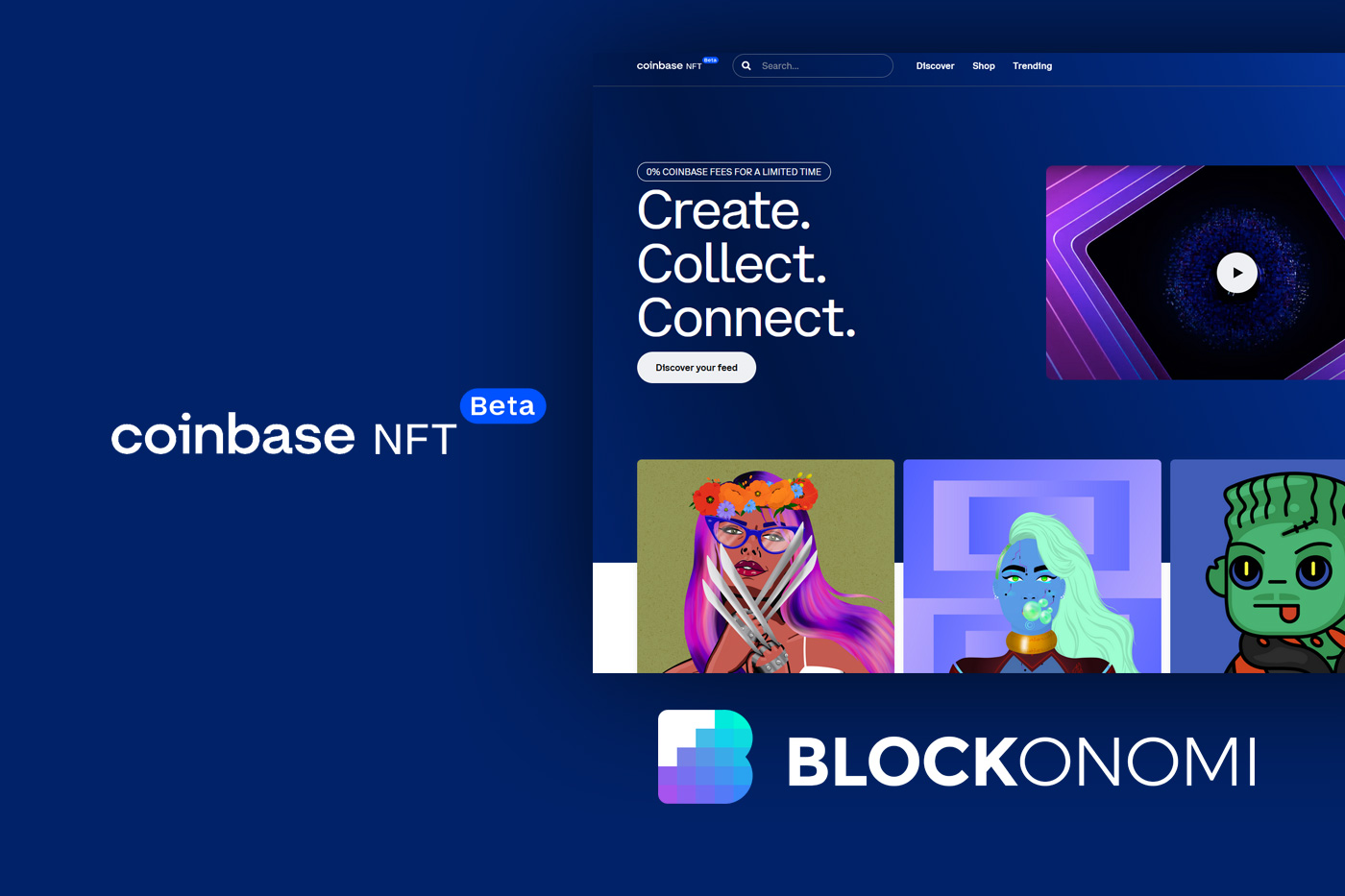 Coinbase, one of the leading cryptocurrency exchanges, made an official debut of its NFT marketplace. The long-awaited platform has gone live in beta version after months in the works.

A Social Network for Web3?

The US largest exchange has joined the NFT foray since October last year, confirming plans to build its own NFT marketplace called Coinbase NFT.

The move was considerably embraced by the crypto community and Coinbase’s users, with the number of registers topping 3 million at the time of announcement.

Despite having a huge public support, the construction of Coinbase NFT has taken a long period of time, leaving people questioning the official date of release.
NFTs Continue to Grow

The new platform, according to Sanchan Saxena, the company’s vice president of product, “is more than just buying and selling…It’s about building your community. It is about making sure that you can connect and engage with them on the platform”

Coinbase NFT has similar features of a marketplace such as buying, selling, and exchanging.

Coinbase’s NFT platform allows the integration of Coinbase wallet as well as many other popular Ethereum wallets such as MetaMask to increase the convenience for users and also accept bank card payments.

The Beta is Here

In beta, Coinbase NFT will not charge transaction fees, instead requiring customers to pay ETH transaction fees. The marketplace will, however, charge users a fair amount in the future.

However, the beta version, although it received a lot of attention since its launch, encountered mixed opinions because it failed to match the expectations of the majority of users participating in the platform’s exploration.

The UI is nice, yet each profile cutout is incomplete. There are still a couple of major things to improve if the marketplace wants to stay ahead in the NFT race.

So what is Coinbase’s Plan?

Coinbase’s distinct edge, aside from new fascinating features, is its customer base of over 90 million users.

Furthermore, the exchange’s years of experience are expected to provide a strong and stable market that will revolutionize the NFT industry.

The platform is currently in testing, thus there will be issues.

Coinbase NFT Marketplace, which has a wealth of experience in the crypto industry, has a lot of promise and is projected to achieve a solid and secure playground for NFT enthusiasts.

Speculation about the NFT bubble has recently increased as a result of major market saturation signals.

Scams, frauds, and cyber attacks associated with NFT marketplaces and NFT games are warning signs for the emergence and widespread acceptance. Many people believe that the “NFT bubble” is close to explosion.

According to Dune Analytics, the daily trade volume of the largest NFT platform OpenSea has decreased by 70% compared to the blossoming season last year (August).

The question is whether NFT is losing its sparkle and will be rapidly supplanted by the next craze.

In fact, the NFT continues to be a source of buried wealth. When the market is showing indications of stalling, it needs something new and interesting to draw attention.

We also have Coinbase NFT with a new orientation, as well as other new developments related to the Play-to-Earn concept.

It is still too early to talk about the NFT bubble as the market begins to diversify, starting with the Move-to-Earn movement and most recently with Coinbase NFT Marketplace, a social networking platform for NFTs.