Home News Crypto Carbon Credits: The Canary In The Coal Mine In The Race To Net Zero 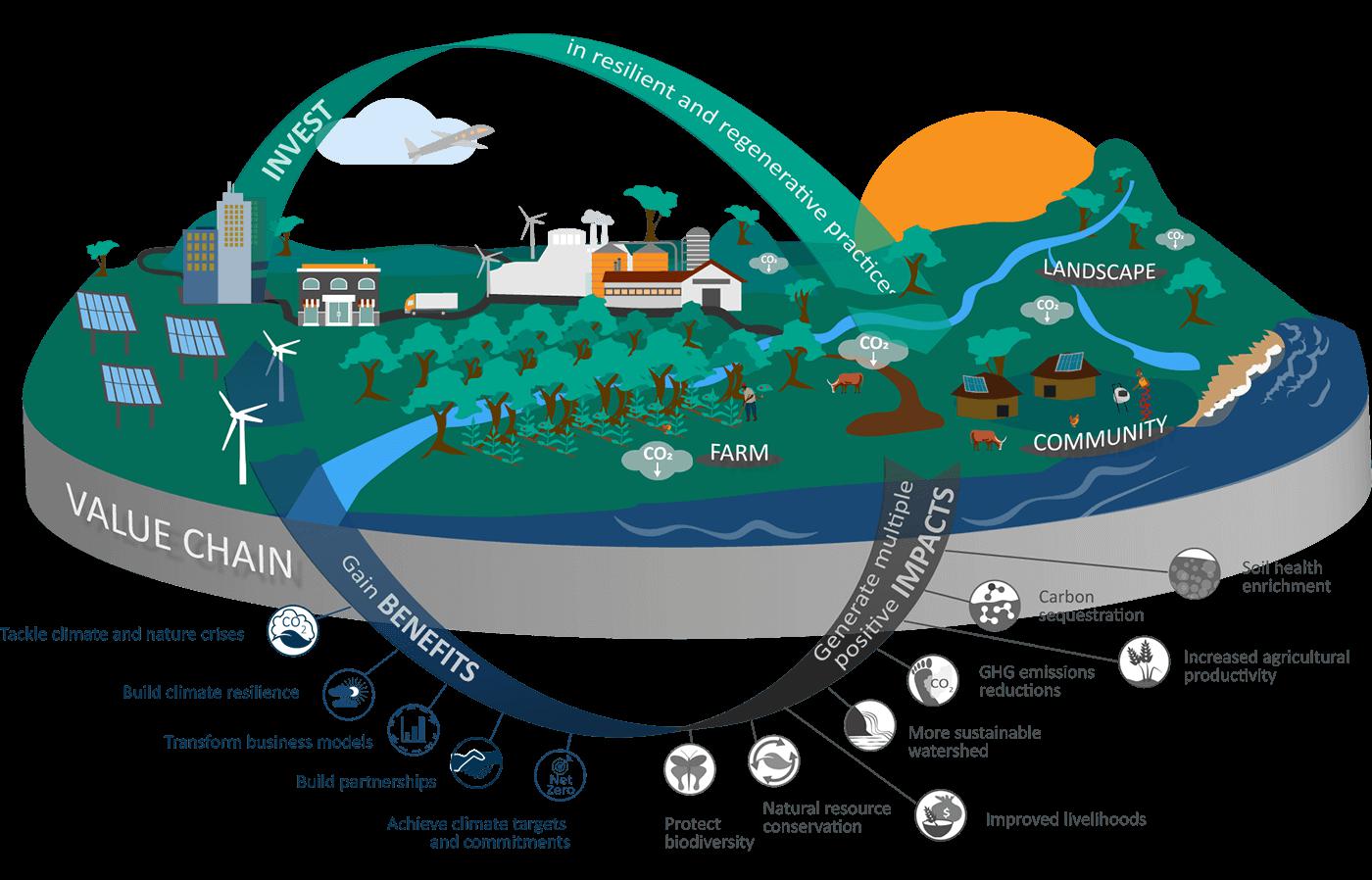 Carbon trading, a practice established in the 1990s, is now at a turning point; one where blockchain technologies has the power to make a lasting impact. Already, crypto-backed trading of carbon credits has been heralded as a saviour by enabling transparency in record-keeping and ensuring companies and users cannot “double dip” when it comes to offsetting the same credit multiple times.

But, as we have seen with an announcement from Verra – the largest carbon crediting program in the world – there is an immediate ban on the creation of tokens or instruments based on retired credits. A “retired credit” essentially means that the credit’s environmental benefits have been consumed. This latest announcement comes in the wake of Verra’s statement from 25 November 2021, which highlighted that entities engaged in this activity are entirely responsible for their own risks.

Instead, “Verra intends to explore the possibility of “immobilizing” credits in accounts in the Verra Registry so that they can be tokenized with the transparency and traceability that market participants demand, provided that this can be done in a way that prevents fraud and upholds environmental integrity.” (After all, isn’t the whole point that carbon credits were designed as a way to offset environmental degradation?)

Verra will also launch a public consultation to discuss the subject, including a focus on the importance of KYC (Know-Your-Customer) checks on crypto instrument or token holders and/or issuers.

There has recently been a wave of new crypto carbon funds springing up, including one led by WeWork Founder Adam Neumann. And while they may steal headlines for astronomical raises in the space, one begins to wonder if their entry to the market is a force for good…or not. And with this signal from Verra, it is clear that merely tokenizing the existing system with a business as usual approach isn’t necessarily going to make the cut.

The EU ETS: The OG of Carbon Credits

The European Union’s Emissions Trading Scheme (EU ETS) was the first major carbon market in the world, and is still the largest. The EU ETS is an integral part of the EU’s climate change policy and a key tool in reducing greenhouse gas emissions. Since 2005, emissions have been cut by more than 40%.

The EU ETS sets a strict limit on CO2 emissions with allowances for regulated companies. Those entities can buy, trade or save allowances for future use. The market is kept stable by getting rid of surplus allowances. And returns are shared among member states and invested in innovation, modernisation and environmental future-proofing.

In a utopian world, this market creates a positive feedback loop leading to sustained behavioural and systemic change. The ultimate goal is to reduce carbon emissions and create sustainable growth practices rendering the market itself obsolete as net zero goals are achieved. And it’s a system that never gets too far ahead of itself because it regulates surplus allowances.

Back to reality and the tokenization of credits: bridging companies are currently purchasing large amounts of credit from the market and then retiring them. The credits would be used to create tokens, which they could then resell. Token buyers can then burn their credits to offset their emissions.

And it’s in this market where carbon credits start to feel more like warped futures trading because it has become clear that there can be market transparency and liquidity, but these are not necessarily leading to an increase in offset quality.

Since 1850, we have filled our atmosphere with 2,500,000,000,000 (2 trillion, 500 billion) tonnes of CO2 – half of it just in the last 30 years. And we continue to add 50 billion tons of CO2e every year. But it’s ok, because we can offset all of this with carbon credits. We are on the merry-go-round and it’s going to be harder to stop and make repairs than to just keep going and hope that the future will be better.

Plot spoiler: half of the worst additions to CO2e have been in the past 30 years…the time when carbon credits first began. So clearly, while carbon credits have temporarily assuaged our guilt, they haven’t driven the systemic and behavioural change we really need to actually fix the environmental catastrophe in the first place.

From offset to inset

It’s time to move from offsetting greenhouse gas (GHG) emissions to insetting them instead. And blockchain can and should be the scaffolding for this new way of thinking. The old market schema has proven itself to be flawed, instead of simply recreating it using new technology, why don’t we rewrite the narrative and begin anew with a decentralised, transparent system instead?

Today we stand at a crossroads: we know that without immediate, collaborative, concentrated action, we will reach a calamitous tipping point. Time is fast running out to avert this disaster. The more we use carbon credits, the more pressure we are passing onto out future selves and generations to clean up (if it is possible at all).

Corporations and industries are signing up to net zero targets and deadlines but in reality are pushing the changes needed to a vague future date by promising to offset the emissions they are creating today.

There is hope however for those that instead of offsetting are turning to insetting. Carbon insetting puts the responsibility directly onto companies or those emitting. It could look like removing carbon from your own supply chain or improving sustainable management practices at the source. A wool producer for example would look at creating the best environment on its sheep farm rather than purchasing credits to plant trees 10,000 miles away. In the diamond industry, it could be a manufacturing facility installing solar panels and wind turbines directly on its roof rather than purchasing a wind farm in a neighbouring country.

Carbon insetting is less focused on the impact of the insets themselves, but instead on driving business value.

Carbon insetting can also be more appealing to companies because investing in these inset projects can help make a company’s supply chain more resilient and improve the quality of its raw materials.

That said, carbon insets are intensely complicated as companies need to know not only their own working footprint (Scope 1 emissions from direct controls like the factories they run, and Scope 2 emissions from the energy they consume to run business) but also take into account the Scope 3 emissions and subsequent calculations around its own supply chains and use of raw materials. Arguably, a company cannot truly provide a quality carbon inset without intimate knowledge of its own supply chain, and that of its suppliers.

A stitch in time saves nine

The future is being built today. We know that what we do right now has an impact on tomorrow, next year, 100 years from now. We know that with each passing year and extra 50 billion tonnes of CO2e, we are short changing our future selves and generations. But humans have never been great at doing the hard work today so that tomorrow can be better.

It might not be as sexy as crypto carbon credits, but transparency in supply chains and building in metrics around Scope 1, 2 and 3 emissions will have a profound effect on our collective future. Dabbling in crypto carbon credits might feel good at the time, but afterwards it feels empty, the equivalent of eating fast food. The feeling from carbon insets may not be the whole answer in this equation, but I’d wager there would be a feeling of nourishment that lingers far longer.

What if instead of putting aside our emissions or offsetting our activities in meaningless ways, we turned inwards, using carbon insetting as the new standard to make lasting change. Underpinned with blockchain-backed supply chain transparency, this is the game-changer we need to get to that net zero goalpost.

Although companies are beginning to discover the impact behind transportation insets within their supply chains, this concept has yet to take off on a larger scale. More buy-in is needed to drive this transformation.

All the initiatives mentioned can provide meaningful GHG reduction, as well as benefits for public health and safety. Freight carbon insets could potentially mirror existing Renewable Energy Credits as well as projects for aviation, shipping, and road freight. Yet, freight carbon insets do not have enough support (or funding) currently to make a significant impact on net emissions.

Many sustainability and ESG professionals are fighting for a stronger balance between carbon offsetting and insetting … particularly in how they are funded. If a mere portion of the funds dedicated to forestry offsetting were directed toward the development of sustainable transport, companies could move closer to “net zero” emissions. Reforming transportation and logistics processes allows the supply chain to be as environmentally friendly as possible, while efficiently decreasing a company’s overall carbon footprint.

The canary is still standing, if a little wobbly. Now is the time to heed its warning.