When Sen.Cynthia Lummis (R-Wy.) and Sen. Kirsten Gillibrand (D-NY) dropped their crypto mega-bill earlier this week, crypto natives breathed a sigh of relief. There were no sweeping prohibitions or bans embedded in its 69-pages of legislation, nor draconian measures that would further damage confidence in a sector struggling to weather a grinding bear market.

Then, as everyone read the fine print, came the head-scratching. Some of its provisions appear to be “technologically infeasible,” in the words of one crypto lawyer.

The Responsible Financial Innovation Act is the most comprehensive and important piece of proposed legislation on crypto to hit Capitol Hill to date. Even as lobbyists, lawyers, and legislators digest and analyze its measures, a bevy of potential changes have already made headlines.

For starters, the bill would classify most cryptocurrencies as commodities, rather than securities, potentially saving the industry from the U.S. Securities and Exchange Commission’s hard line toward the industry and costly reporting and registration requirements.

The big question is what does the bill mean for DeFi and the dream of cutting intermediaries out of our financial lives and fomenting a more equitable and transparent system?

Crypto-focused attorneys who spoke to The Defiant this week believe the bill, if it becomes law, would  have little effect on existing decentralized protocols — at least as it’s written now. “The main focus of the Lummis/Gillibrand bill is centralized crypto asset service providers,” Rebecca Rettig, general counsel for Aave, said in an interview.  “It does not today … impact the operation or the way that the Aave protocol works.”

But there’s a hitch, and it’s a doozy, according to Brandon Ferrick, general counsel at Injective Labs, a research and development company focused on creating “decentralized finance solutions.”

The bill attempts to regulate “digital asset exchanges,” and acknowledges those exchanges can be centralized or decentralized. The law does not, however, provide a definition for “decentralized exchange.”

“Is a decentralized platform for the purposes of this an AMM?” Ferrick wondered. “Is it a liquidity pool? Is it the underlying protocol? Is it the front-end?”

AMMs are automated market makers, which play an important role in DeFi by permitting investors to trade digital assets without intermediaries or permission. The decentralized nature poses a problem, Ferrick said, because the bill later states digital asset exchanges can only list assets that are not readily susceptible to manipulation.

One way to think of decentralization, Ferrick said, is the inability of creators to single-handedly change or influence the project or organization they had made.

“So in the case of a decentralized platform here, if the law requires that the platform only lists certain … tokens, if the person who created it and released it no longer retains the power to comply with that law, you’re going to 100% fail every time,” he said. “It reflects a misunderstanding of what’s happening with the underlying technology.”

In other words, the law may be setting requirements that decentralized projects, by their design, cannot comply with.

Rettig called it an “internal inconsistency,” one she’s confident lawmakers will address as the bill is debated and revised.

“It’s almost technologically infeasible to enact many of the types of requirements that this bill is putting in place for digital asset exchanges, and so I do think that that internal inconsistency needs to be resolved.”

Should the provision remain, it’s unclear how it could be enforced, Ferrick said.

“If the law requires that a decentralized system do something that it cannot do, unless you know who’s behind the system and can effectuate a change, it’s almost like a, ‘you’re only in trouble if you get caught’ kind of a thing,” he said. “The more complicated that people make things for the regulators, the less likely they’re going to go after you, especially this SEC — they’re looking for slam dunks.”

Also worrying, Ferrick said, was the requirement that any exchange offering token derivatives register with the CFTC, which has rules about the clearing and settlement of transactions.

“Something has to register as a ‘designated clearing organization.’” he said. “My question is, what registers? The team who built the blockchain, who let it go? Does Vitalik register Ethereum as a system that clears?”

Those aren’t the only regulations crypto companies might struggle to follow, said Gregory Schneider, an Arizona-based attorney and author of theCod3x.com, a website covering legal developments within crypto. 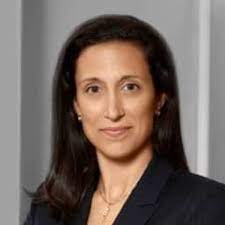 Rebecca Rettig, General Counsel, Aave: ‘It’s almost technologically infeasible to enact many of the types of requirements that this bill is putting in place for digital asset exchanges.’

He called the bill “a mixed bag.” On the one hand, it allows consumers to hold their assets in non-custodial wallets, “which is a pretty strong vindication of the crypto and DeFi movement, that people ought to be able to hold their own money.”

But protocols and people providing DeFi services must get consumers’ affirmative consent whenever they change protocols’ source code, he said, a clause that may be difficult to implement and do more to confuse consumers than enlighten them.

Protocols that are not fully decentralized must also follow new disclosure requirements, but Schneider acknowledged these wouldn’t be too onerous.

A Lot of Limitations

“I think this does a pretty good job of erring on the side of, we’re going to put some basic protections in place, but we’re not going to put a lot of limitations on what you can do once those protections are in place,” he said.

“The disclosure’s pretty chill,” he said. “It’s also the kind of stuff that I think you would want to know from somebody. Like, if you’re going to buy a token, tell us about your founding team, their experience, their background and about the token — have you sold it before, how, where, why , the amounts, how much do you have, risk factors, markets where it’s sold.”

Perhaps the most significant part of the bill relating to DeFi, Rettig said, is a provision commissioning an interagency study of DeFi protocols. That study could be used to craft future legislation.

“We certainly are hopeful that if and when the bill passes, that we will be involved and able to engage with stakeholders in terms of talking about how DeFi protocols work, explaining the difference between decentralized technology and the software developers who create it, and helping craft good principles for evergreen regulation of decentralized financial protocols,” the lawyer said.