The latest news from the firm is that Celsius network has misguided its investors about financial difficulty as the crypto lender used its native CEL token to strengthen its balance sheet and illegally used the funds of new investors to repay its old investors.

On Wednesday, Vermont’s financial regulator filed with the U.S. Bankruptcy Court in the Southern District of New York that celsius network 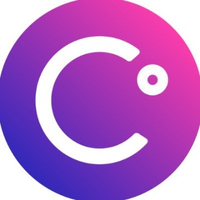 Followers : 1 View profile  and Mashinsky “made false and misleading claims to investors” that allegedly reduced the risks of market volatility and tempted investors to invest more in the platform. According to the court filing, over forty U.S. state regulators are now all set to investigate Celsius’s bankruptcy details, transaction history, and operations.

Vermont’s financial regulator claimed that Celsius was running with low funds even before the bear market. The firm was hiding its huge losses, dying financial condition, and asset deficit from its investors to keep them glued to their investment goals on the platform.

Vermont also mentioned that the crypto lender never made the required revenue to provide its promised yields to the investors. The state regulators and U.S. Trustee’s Office requested the court investigate Celsius’s bankruptcy by appointing an independent examiner.

For example, according to Vermont’s filing, Celsius CEO alex mashinsky 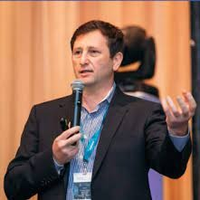 alex mashinsky founder and ceo at celsius network Celsius Network’s Founder and Chief Executive Officer is Alex Mashinsky. He is a professional entrepreneur of seven NYC-based startup companies. He founded two of New York City’s top 10 venture-based exits in 2000. Before founding Celsius Network, he founded Governing Dynamics, an Israeli-American venture fund investing platform in the most promising growth firms in Israel, where he has been the Managing Partner since 2004.

In the past, Alex has served as the founder and chairman of Transit Wireless, a leading 5G neutral host fiber infrastructure organization that offers cellular and Wi-Fi connectivity to large infrastructure projects. Alex has been honored with several awards for innovation, including being nominated twice by E & Y as an entrepreneur of the year in 2002 and 2011, Crain’s 2010 Top Entrepreneur, the 2000 Albert Einstein Technology Medal, and the Technology Foresight Award. EntrepreneurChief Executive OfficerBoard Member

Followers : 0 View profile informed investors that “all funds are safe” on 11 May, but the fact was Celsius was running on a loss of approximately $454 million between 2 May and 12 May.

Celsius did not want to lose their investors and platform’s dominance in the crypto market. Vermont’s financial regulator presented solid evidence and claimed that Celsius used its native CEL tokens to manipulate investors and its price by using new investors’ funds to buy extra tokens and offering many of them to old investors in the form of promised interest.

Celsius purchased CEL tokens to use it as a balance sheet stabilizer. Celsius manipulated the CEL token’s price by boosting its Net Position by spending hundreds of millions of dollars of investors’ funds and inflating the company’s CEL holdings on its financial statement and balance sheet.

The price-fixing of CEL tokens led regulators to launch an investigation against Celsius. Celsius’s bankruptcy shook the entire crypto community as it failed to gain investors’ trust.