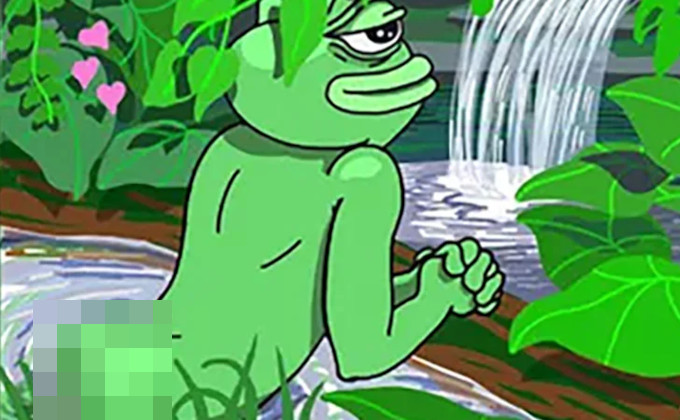 Monegraph: A template for future NFTs

The template for today’s art-based NFTs — though they wouldn’t be called “NFTs” for another three years — was something that was quickly coded in the middle of the night in May 2014.

2014 was the peak of popularity for the microblogging site Tumblr. People were right-clicking artists’ work willy-nilly and re-posting images online with no attribution.

Tech entrepreneur Anil Dash teamed up with artist Kevin McCoy at Rhizome’s Seven on Seven Conference in New York City, an event that matched artists and technologists. The two had only met 48 hours prior.

They wanted to help artists protect their work, so they came up with an idea for recording images on the blockchain. Their project Monegraph, short for “monetized graphics,” was built on the early bitcoin clone Namecoin.

Dash and McCoy quickly figured out that blockchains aren’t designed to handle large chunks of data. So as a last-minute hack, the pair put a URL in the Namecoin blockchain record that pointed to an image elsewhere on the internet. It was never clear how exactly this would protect artists’ work.

To this day, however, NFTs still rely on the same shortcut. When someone buys an NFT, they’re not buying the actual digital artwork, they’re buying a link to it — but on a blockchain.

Dash called out this issue years later: “And worse, they’re buying a link that, in many cases, lives on the website of a new start-up that’s likely to fail within a few years. Decades from now, how will anyone verify whether the linked artwork is the original?”

At the time, Dash and McCoy’s idea went unnoticed. But in June 2021, when NFTs were making headlines around the globe, McCoy put “Quantum,” the first NFT created on Monograph, up for auction at Sotheby’s.

“Quantum” is an animated GIF image of an octagon with flashing concentric circles. Sotheby’s talked “Quantum” up as a “seismic genesis work” comparable to pieces by Picasso, Malevich, and Duchamp. Shortly before the auction, Axios ran an article with the eye-grabbing headline “Exclusive: The first-ever NFT from 2014 is on sale for $7 million-plus.”

McCoy and Sotheby’s ended up selling the iconic NFT for less than that, but still, an eye-watering $1,472,000.

Well, sort of. What was sold at Sotheby’s wasn’t exactly the original NFT.

McCoy didn’t auction off the Namecoin NFT of “Quantum” that he minted in May 2014. Instead, a month before the auction, he minted a new NFT on the Ethereum blockchain — and sold that. He held the copyright since it was his art, but it wasn’t the original cryptographic token.

This would later become a sticking point, especially as someone else had jumped in to claim ownership of the original NFT of “Quantum,” while McCoy wasn’t paying attention.

Namecoin requires owners to reclaim the “Namecoins” in their wallets roughly every eight months. In McCoy’s case, he allowed his NFT of “Quantum” to languish for 6.5 years, having all but forgotten about it since he first created it.

Seeing that an early NFT was about to go for big money — potentially $7 million, according to the Axios story — a Canadian company called Free Holdings Inc. seized the opportunity and registered as the new owner on Namecoin. After the auction, Free Holdings filed a lawsuit against McCoy and Sotheby’s for the sale.

The trouble is that McCoy’s original token on the Namecoin blockchain included the text: “Title transfers to whoever controls this blockchain entry.”

As the complaint stated: “While the blockchain records are self-evident, such records cannot defend themselves in the face of concerted efforts by a formative artist and auction house to establish a false narrative concerning what is presumed to be the first NFT.”

Nobody knows who is behind Free Holdings, but he/she is associated with the Twitter account @EarlyNFT. According to the complaint, @EarlyNFT tried several times to virtually tap McCoy on the shoulder in the days leading up to the auction by reaching out on Twitter:

“Would you mind enabling PM for me, @mccoyspace? There’s a matter regarding your ‘Quantum’ I’d like to discuss with you,” @EarlyNFT said in a tweet. “Kevin, would you mind allowing me to send you a private message… This concerns your NFT artwork with Monegraph back in 2014,” And: “I’m in possession of Quantum NFT (the record is found here…. “

McCoy never responded to Free Holding’s shoulder taps and continued to proceed with the auction.

Sotheby’s called the lawsuit “baseless” and vowed to vigorously defend itself. We contacted @EarlyNFT, who told us that his lawyer is still waiting to hear back from McCoy and Sotheby’s.

Even before the auction of “Quantum,” Dash was horrified that his dream had become “commercially exploitable hype.” He walked away from the space. Whereas McCoy went on to establish Monegraph as a company along with co-founder Carlos Mendez. In September 2021, Monegraph launched “Readymade NFT,” a platform for galleries, auction houses, and artists to run their own small NFT marketplaces.

Spells of Genesis: Trading cards on the blockchain

In popular games such as Magic: The Gathering and Pokemon, players trade physical cards for real money. What if they could trade tokens for pretend money instead?

Shaban Shaame promoted his game Spells of Genesis as a “blockchain-based game.” In 2015, his company Everdreamsoft raised 930 bitcoin, worth $350,000 at the time, by selling its BitCrystals token on Counterparty.

Players who reached a certain level could mint in-game cards and “blockchainize” their cards, turning them into Counterparty NFTs. They could then trade the NFTs on the Spells of Genesis website for BitCrystal tokens. The cards featured fantasy-themed artwork based on moments in early bitcoin history, including a purple-robed Satoshi Nakamoto.

The digital cards lived on the Spells of Genesis website. Only the tokens exist on the blockchain. Players were not trading cards, they were trading tokens.

The BitCrystals token saw an uptick in price when the Spells of Genesis mobile game launched in 2017. After that, crypto traders lost interest in the game, and Spells of Genesis collectibles faded into obscurity. In 2019, Shaame froze the development of the project. Spells of Genesis restarted on the Ethereum blockchain in 2020.

In 2021, the game’s collectibles found their way onto OpenSea. Today Shaame claims Spells of Genesis was the first “play-to-earn” game. He says that “without blockchain it is not possible to pay people in gaming.”

Illustrator Matt Furie created Pepe the Frog, a cartoon character that appeared in the strip “Boy’s Life” in 2005. The comics showed Pepe and his buddies eating pizza and playing dumb jokes on each other. In the comics, Pepe used the catchphrase, “Feels good man.”

Pepe became a popular meme on the message board 4chan’s /b/ board. The Washington Post described /b/ as “an unfathomable grab-bag of the random, the gross and the downright bizarre.”

Ahead of the 2016 election of President Donald Trump, Pepe was co-opted by neo-Nazis on 4chan’s /pol/ (Politically Incorrect) board. They posted images of Pepe next to the World Trade Center’s twin towers, stuck swastikas on him, and had him saying things like “Kill Jews, man” — to Furie’s horror.

This version of the Pepe meme spread to other social media sites, such as Reddit and 8chan. Pepe became so widely associated with the white nationalist movement that in September 2016, the Anti-Defamation League added Furie’s beloved Pepe to their official list of hate symbols.

Variations of Pepe depicting the frog as different public figures came to be known as “rare Pepes.” They often had watermarks such as “RARE PEPE DO NOT SAVE,” to indicate that the artist had not yet made the image available for public use.

In October 2016, bitcoiner Joe Looney launched the Rare Pepe Wallet, an online exchange where any meme creator could mint an NFT of their rare Pepe on Counterparty, and trade it for crypto — specifically, a new coin called Pepecash. Rare Pepes are listed in the Rare Pepe Directory.

When crypto fans reference the earliest NFTs, they often leave out Rare Pepes due to their associations with white nationalism. But that was, in fact, one of the earliest NFT collections to gain any traction.

Through 2017 and onward, Furie fought tirelessly to reclaim Pepe from the alt-right — including lawsuits against white nationalists trying to co-opt the character.

After digital artist Beeple made $69 million selling an NFT of his scrapbook on Christie’s in 2021, Furie figured he too could place a pail under the free money spigot. In April 2021, Furie listed his first authorized Pepe NFT on OpenSea: “Pepe the Frog NFT Genesis.” The buyer paid 420 ether for the NFT, netting Furie $1 million at the time.

Later that year, Furie founded the Pegz DAO, or “decentralized autonomous organization” — sort of like an online venture fund.

Furie’s DAO issued several series of NFTs of Pepe and related characters. One release was of 99 Pepe NFTs titled “FEELSGOODMAN,” linked to an image of Pepe relaxing peacefully in a pond with his green bottom protruding above the water. The promotion stated: “99 will remain in the PegzDAO, and ONE is being auctioned here.”

The FEELSGOODMAN NFT was bought by a man named Halston Thayer for $537,000 in crypto. Two weeks later Furie gave away 46 NFTs for free to members of PegzDAO — all representing an image identical to the one Thayer paid all that crypto for.

Thayer is now suing Furie for cheapening his investment. Thayer claims that Furie “led Plaintiff and others to grossly overbid on the NFT.” Thayer maintains that Furie’s release of the other NFTs devalued Thayer’s NFT “to less than $30,000.00, hundreds of thousands of dollars less than what he paid for this purportedly ‘unique asset’” — a valuation that Thayer does not substantiate. He claims “conspiracy and wrongful conduct.”