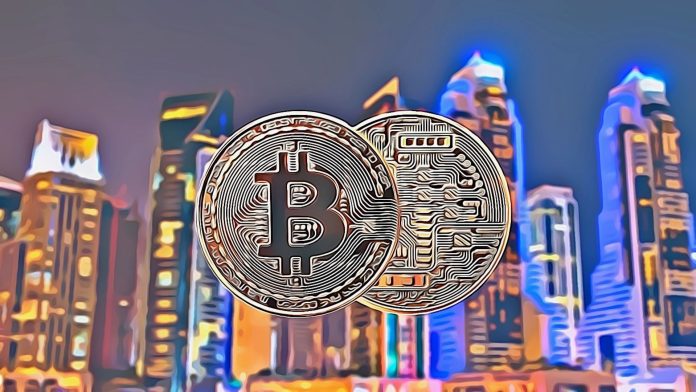 The cryptocurrency markets are once again in the gloomy zone on Saturday as BTC slips below $20k and ETH battles to keep support at $1,600 after briefly exhibiting some bullish momentum on Friday.

With a value of $974 billion, down 2.5% on the previous day, the global cryptocurrency market is still below $1 trillion. Let’s examine notable Bitcoin and Ethereum news affecting the markets today.

Over 10,000 long-dormant Bitcoins worth over $200 million finally moved last week, according to a report from Coindesk, suggesting that whales may be selling at least some of their holdings.

Data from CryptoQuant and LookIntoBitcoin show that 5,000 BTC were exchanged over the course of two days last week. Analysts claim that while the transaction data does not support any conclusions, it does raise the idea that long-term Bitcoin investors may be offloading their holdings.

Dormant coins entering exchanges are never good, but just because one whale decides to sell off some of his holdings doesn’t guarantee that Bitcoin won’t rebound and increase in value.

Jerome Powell’s address at Jackson Hole on August 26th, when he indicated that the Fed will continue with its monetary strategy to limit inflation and that traders should brace for some pain ahead, was the most significant news that affected cryptocurrency worldwide market values last week.

According to Powell, while slower GDP, higher interest rates, and a softer labor market may help to cut inflation, they will also hurt some people and companies. However, Powell remarked:

“These are the unfortunate costs of reducing inflation. But a failure to restore price stability would mean far greater pain.”

Bitcoin saw a strong bearish correction on August 26th, falling from a high of $21.7k to a low of $19.6k in just two days. Since then, both the traditional markets and Bitcoin have had trouble maintaining their stability.

The network integration, which traders eagerly anticipate, is still the topic of conversation regarding news about Ethereum. In a recent interview, Vitalik stated that he thinks the price of Ethereum’s merger hasn’t yet been included and won’t be until ETH fully adopts a proof-of-stake consensus mechanism.

Since several years ago, there have been discussions about turning Ethereum entirely into a proof-of-stake network. Once this transition is complete, Ethereum’s price will probably increase significantly.

The network merging for Ethereum is expected to go operational in around eleven days, giving traders some time to stockpile ETH before it soars past the $2k mark.

The short- and long-term forecasts for Ethereum are very bullish, despite the current gloomy crypto market attitude. We advise carefully checking the digital currency over the next weeks.