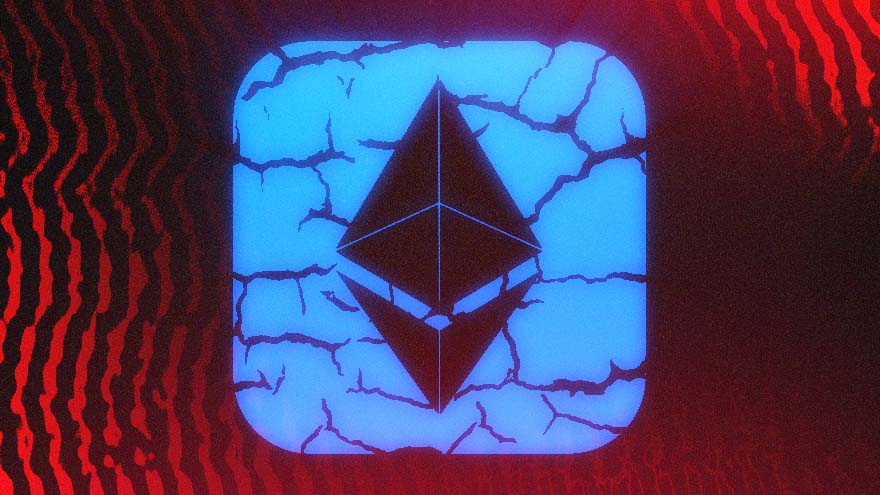 Lido’s stETH, a derivative token representing staked ether, has traded roughly at par with Ether since its inception.

The reason was simple: each stETH token represents one staked ETH token and can be redeemed for ETH in the future, after the Ethereum network completes its transition to the proof-of-stake consensus mechanism and withdrawals on that updated network are enabled.

That so-called “peg” broke in dramatic fashion last week, as the value of stETH relative to ETH began to plunge.

The nosedive in the value of stETH prompted Lido, the protocol that issues it, to quell fears of a broken peg and comparisons to Terra’s failed UST stablecoin.

“The exchange rate between stETH:ETH does not reflect the underlying backing of your staked ETH, but rather a fluctuating secondary market price,” Lido explained on Twitter. “The market is naturally finding a fair price for stETH as some participants need to find liquidity.”

Lido attributed the price fluctuation of stETH to “the Terra collapse, market-wide deleveraging and now withdrawals from larger lending platforms.”

Under the proof-of-stake consensus mechanism, the Ethereum network is secured by people and institutions that stake their ETH for certain periods of time. Running a single Ethereum validator node requires 32 ETH to be staked. Doing so creates a liquidity issue for participants, however: staking ETH isn’t necessarily the most lucrative way to use the cryptocurrency, while the ETH remains locked until after The Merge.

Enter Lido, a protocol that stakes ETH on users’ behalf. When someone contributes ETH to Lido’s staking pool, they receive an equivalent amount of stETH. Because it represents actual ETH, that stETH can be used in yield-bearing DeFi protocols as if it were ETH.

Withdrawal of stETH from DeFi protocols gathered steam last week, according to market observers. The Celsius Network, a company that deposits customer money in those protocols to generate returns far in excess of those available at traditional banks, allegedly made some of the largest withdrawals.

“Celsius is a HUGE holder of stETH,” Riley_gmi, a former Messari analyst, wrote. “In fact, they are the largest holder of interest bearing stETH (stETH on Aave).”

Perhaps spooked by this latest crypto winter, Celsius customers have started to pull their assets from the platform en masse. On Sunday night, Celsius announced it had frozen customer assets so that it could “honor, over time, its withdrawal obligations.”

Of Celsius’ liabilities, totaling 1M ETH, data showed only 27% was held in liquid ETH as of last week. Roughly the same amount is staked and therefore inaccessible until well after Ethereum’s transition to proof-of-stake. The remaining half is stETH.

Some analysts attributed its liquidity problems to hacks and losses during the UST collapse.

“Celsius had 500m of client deposits in Anchor so it was basically Luna by proxy,” Nic Carter tweeted.

In an interview, crypto researcher mhonkasalo told The Defiant there was a war, of sorts, being fought over the price of stETH.

“Everyone knows Celsius has to sell, or they could be front-run by others who are trying to make it worse for Celsius,” he said. “If you think that Celsius is in trouble and they will have to sell their stETH at a discount, well, you just make that discount worse and worse so you can buy it at lower and lower [prices].”

As Celsius sells its stETH, and the price continues to drop, an interesting question opens up for Ethereum bulls.

If one assumes the proof-of-stake transition will be successful, and every stETH will be redeemable for ETH within the next year or two, people betting on Ethereum’s long-term prospects could gobble up ETH at a 5% discount on Sunday, mhonkasalo said.

But if stETH continues to fall relative to ETH — in other words, if Celsius is forced to continue to dump — they might get an even better discount.

“I’ve talked to a couple of holders [of ETH], and they’re like, there’s no need to go into this trade now, because if it goes back to peg, you just missed a trade that was a 3% [profit] trade. But if you wait and things actually get bad, you get to make an 18% trade.”

The resulting game of chicken will be interesting to watch, he added.

“ETH holders would like a discount. But so what’s a good enough discount for people to start buying?” he said. “I like all the market dynamics there. It’s basically like a war.”