Home News Ethereum ($ETH) Merge: What is it and everything you need to know 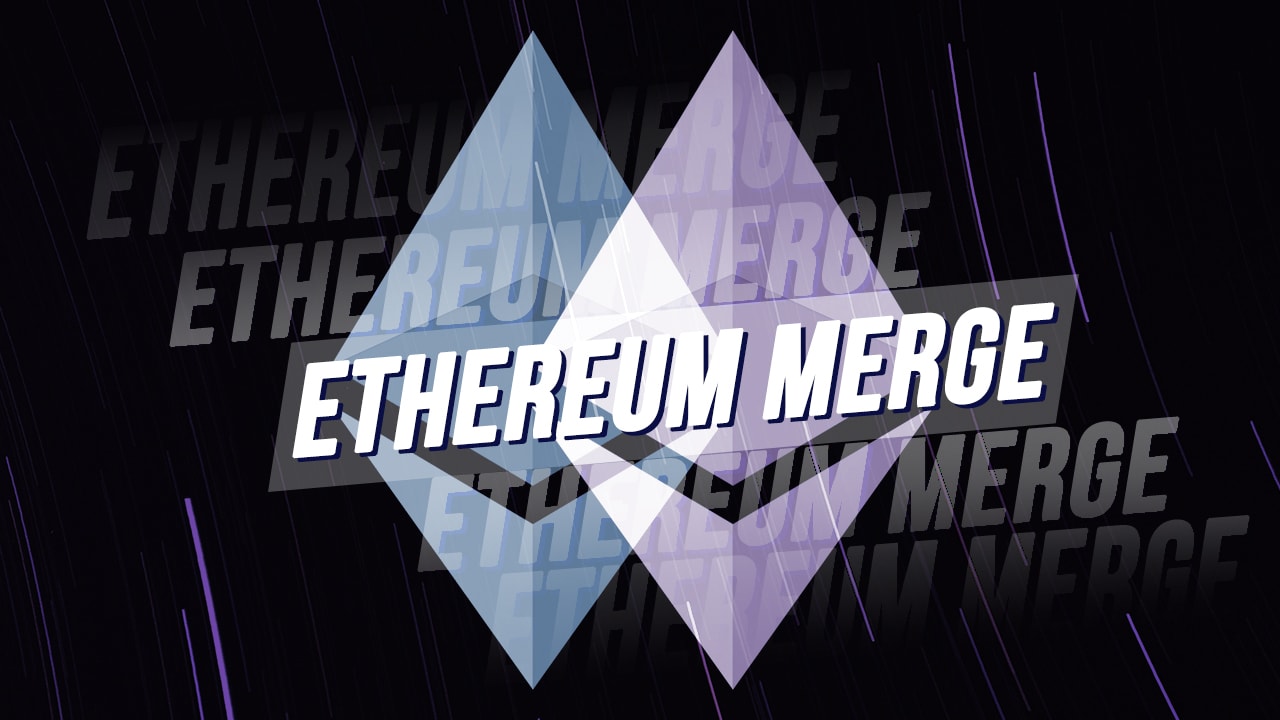 As Ethereum is steadily approaching the transition to a Proof-of-Stake mechanism, one notable thing that has changed, aside from further protocol development, has been the change in terminology.

We have already covered Ethereum 2.0 extensively in one of our ongoing blogs where we go in-depth on everything you need to know about Ethereum’s transition to PoS:

Let’s take a closer look at the rebranding from Ethereum 2.0 to the Ethereum Merge, as well as go over the most recent developments in Ethereum’s roadmap as of May 2022.

The Ethereum Merge: Why the shift from Eth2.0?

The move away from using the former term “Eth2.0” that signified the final transition from PoW to PoS was a result of several different developments and considerations, both technical and cultural.

On the technical side, the use of Eth2.0 started to become an inaccurate representation of the PoS transition. Originally, the Ethereum 2.0 roadmap envisioned that both the Phase 0 (Beacon Chain) and Phase 1 (Sharding) would be completed before the final transition. But the Beacon Chain was developed faster than expected, making researchers realize that the final migration to a PoS mechanism would be delayed by years due to the focus on sharding. In addition, the ever-growing pressure from the masses about the environmental impact of PoW chains made the migration to PoS that much more pressing.

As the Beacon Chain was deployed, Ethereum L2 rollups started gaining popularity, demonstrating significant scalability potential even for a non-sharded Ethereum blockchain. This released some pressure on solving the scalability challenges that Ethereum’s L1 has faced for years, allowing the R&D team to focus on the remaining Ethereum’s upgrade plans both for the PoW chain, as well the Beacon Chain.

From a cultural perspective, the use of the old terminology would’ve further perpetuated confusion about the nature of Eth1.0 and Eth2.0, making it seem like once Eth2.0 is launched, Eth1.0 will be gone, which is not the case. In addition, scam prevention was another consideration that favoured the rebrand, as the distinction between Eth1.0 and Eth2.0 would’ve likely resulted in scammers trying to convince users to swap their ETH tokens for fictitious ETH2 tokens.

The result of all of this was a decision to move away from the confusing Eth1.0 and Eth2.0 terminology, and rather call the transition to the PoS mechanism on the mainnet The Merge. By choosing to name the process instead of the final outcome (which in reality remains, in essence, the same), a lot of headache and confusion has been avoided.

Deployed in late December 2021, the Kintsugi testnet was a public testnet meant to allow execution and consensus client developers and application developers to become familiar with the post-Merge environment. The testnet was bombarded with transactions, bad blocks, and chaotic inputs to battle test it and find bugs.

A new specification for the proceeding public testnet, called Kiln, was published after edge cases from Kintsugi had been discovered. It’s expected to be the last new public testnet to be created before the existing ones are upgraded. Continued extensive testing of the Kiln has been taking place since The Merge took place on it on March 15th 2022. The Ethereum community practised running their nodes, deployed contracts, tested infrastructure, and threw everything they had at it to see if it breaks.

Although a lot had been learned since deploying and testing Kintsugi and Kiln testnets, they were still very young testnets with little activity, which prevented proper stress testing of assumptions regarding syncing and state growth. And this is where shadow forking came in. Shadow forking makes it possible to fork an existing testnet, such as Goerli, and the mainnet (with a lot more activity), and add merge related properties to its config, thus allowing the fork to inherit the state of the original testnet.

These shadow forks are short-lived, allowing for testing on them only for a few weeks until a new beacon chain has to be spun up.

Three Goerli testnet shadow forks took place in January and March, and the first mainnet shadow fork happened on April 11th 2022, with the second one following on 23rd April.

The results of the latest mainnet shadow fork have been described by Adrian Sutton from ConsenSys in his twitter thread. The team will continue stress testing main forks, and collaborate with client developers to make them even more robust against edge cases. From now on the main theme as we approach The Merge has been and will be testing, testing, and even more testing.

As to when The Merge will happen is still somewhat up in the air. No one has, understandably, given any specific dates, but the general consensus is that late Q3 is the time when we are likely to see it finally happen. The dev team’s sole focus is on The Merge, with very little else discussed, as can be seen in the latest AllCoreDevs session update by Tim Beiko.

Price predictions are also under hot debate, as, once The Merge is complete, two factors will influence ETH’s price, one emotional, the other baked into the protocol. Realistic estimates of the fair price of ETH fluctuate around $5000.

The emotional aspect, as experienced by the market, will result from The Merge successfully completing, which will mark the end of the most significant change in the protocol in Ethereum’s history, and solidify the incredible technical competence of Ethereum core devs and researchers, further giving the market confidence in ETH as an asset and the ecosystem as a whole, driving up the price further.

The technical reason for why price is likely to pump is due to the Triple Halvening, which will reduce Ethereum’s annual inflation rate from 4.3% to 0.43%. Following last year’s EIP-1559 upgrade, Ethereum now burns about 70-80% of the fees, with the rest going to PoW miners. Post Merge, these fees will go to the PoS validators. This means that ETH stakers will see their rewards rise to about 8-10%. Staking will lock in significant amounts of ETH, as staked ETH cannot be moved or used in the markets, making enormous amounts of ETH illiquid, further driving up the price. EIP-1559 and The Merge combined are predicted to cause the equivalent of 3 bitcoin halvenings, reducing ETH sell pressure by up to 90%.

In addition, the move to an environmentally friendly PoS mechanism, which will reduce energy consumption by up to 99.95%, will make the asset much more appealing to institutional investors who might’ve been kept away from investing due to public’s pushback on Ethereum’s current energy consumption.

We also have a video that covers The Merge, so make sure to check it out as well:

Great progress is being made by the Ethereum team, and the continued successful merges of mainnet forks clearly demonstrate the culmination of 6 years of back-breaking work, and give hope that The Merge truly is just around the corner. For those interested in the nitty-gritty of The Merge preparations, it’s worth checking out The Merge Mainnet Readiness Checklist which lists in detail all of the various tasks that need to be worked through to make The Merge ready for Mainnet release.