Home News Ethereum miners on the eve of the merger: “Don’t panic, at least you can mine for a year” 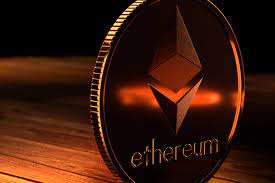 This year, the most critical time node of the Ethereum ecosystem (and even the entire blockchain technology field) is the “merge” (The Merge) of ETH1 and ETH2. Although the official did not give an exact date for the “merger”, according to Buterin’s prediction, if all goes well, the “merger” may take place as early as August. At that time, the Ethereum consensus mechanism will change from Proof of Work (PoW) to Proof of Stake (PoS), and the ETH1 difficulty bomb will also be activated after the merger is completed (mid-September).

The impact of the “merger” will be all-encompassing, and this article will focus on the group of Ethereum miners that bear the brunt. With just over a month left until the expected time of merger, how is their survival status? What did they do in response to the mainnet merger? Since the first Ethereum block was dug in July 2015, will the Ethereum miners who have persisted for seven years lose their jobs because they have no mines to mine? The Odaily Planet Daily spoke with a number of miners to clarify the above issues.

At least one more year to dig”

Approaching the merger, Ethereum miners are not as anxious as the outside world thinks, and they are still optimistic about the future of mining. Many miners even bluntly said that they do not think the “merger” can proceed as scheduled, and conservatively estimate that “mining can be mined for at least one year.” Miner Old A told the Odaily Planetary Daily:

I think it is very unlikely that Ethereum will complete the merger this year, and it may not be possible next year. If you look at the previous PoS test, you will find various bugs. According to the usual tonality of Ethereum, the merger in August will probably continue to be delayed.

The situation that old A said does exist. The Ropsten testnet merged in early June this year, and various bugs such as concurrency loopholes, block proposal problems, and synchronization problems appeared one after another, causing 14% of verifiers to drop during the transition period. Fortunately, in the end, The merger was successfully completed on schedule. After learning from the lessons, the development team completed the Ethereum Sepolia testnet merger in early July; the last testnet merger (Goerli) before the mainnet merger is also on the agenda, but the specific time has not yet been determined.

According to the prediction of Vitalik Buterin, the founder of Ethereum, if all goes well, the merger may take place as early as August; if other circumstances arise, it may also be delayed to September or October. Ethereum is expected to merge between late August and November, and only a catastrophic event or failure could prevent a merger this year, said Ethereum developer Tim Beiko; it’s nearly impossible to give exactly how the merger will happen due to the technical issues involved date.

The uncertainty of the specific timing of the merger is one of the motivations for Ethereum miners to continue to persevere. In addition, in the opinion of many miners, even if the merger is completed, PoW mining will not be terminated immediately, but will continue to exist for a long time in the “PoS+PoW” coexistence mode.

After the merger is completed, it takes a period of time to verify the security; the project will not be migrated to PoS immediately, and the PoW chain still needs miners to maintain operation. This cycle is very long, and it may take one or two years.

Miner Lao Jia believes that it is expected that the ETH1 difficulty bomb that broke out in September this year will continue to be delayed, and miners will not face the situation of no mines to mine.

In addition, miners are not optimistic about the future PoS. “After ETH is converted to PoS, it will completely become a digital bond, which may lead to US regulatory intervention.” Lao A revealed that several major mining machine manufacturers have expressed concerns about the future regulatory dilemma of PoS:

As regulation comes in, community consensus could split, which could eventually lead to an Ethereum fork. For me, mining one ETH can get airdrops of other forked coins, not to mention the issue of earnings.

After the currency price falls, ASIC miners are more resistant to risks

Positive predictions about the future have prompted Ethereum miners to expand their business.

Data from Etherscan shows that in June last year, China withdrew from the mining farm, and the computing power of Ethereum dropped when the entire network was disconnected, and once fell to 480 TH/s; since then, the computing power of the entire network has risen steadily and hit a new record on May 13 this year. The historical record is 1126 TH/s, with the highest increase of more than 130% in the past year.

The rising computing power is partly due to the official arrival of the mining machine futures ordered early last year, and the large mines continue to expand production; the other part of the computing power is contributed by retail investors, especially in the second half of last year, when the price of ETH soared from $2,200 to $4800 (November 2021), driving retail FOMO sentiment. Slava Karpenko, CTO of 2Miners, a mining pool that specializes in serving small miners as well as retail investors, said the group’s number of active users has grown 70 percent since November to about 120,000.

The decline in computing power is mainly due to the cliff-like decline in the price of ETH. It once fell below $1,000 from $3,000 in early May, and the lowest fell to $880, with a maximum drop of more than 70%, which caused some mining machines to fall below the shutdown price. Forced shutdown. According to Glassnode data, ETH miner revenue in May fell 27% from April ($1.39 billion) and 57% from a year earlier.

However, many miners interviewed told Odaily Planet Daily that they started hedging as early as $2,000-$3,000, so the short-term downturn in the currency price has less impact on them. In addition, they feel that the current ETH price has been severely oversold and is in the bottom-building stage, so they did not choose the “dig > withdraw > sell” mode, and gradually began to hoard coins.

In addition to using financial tools to hedge, some miners have chosen ASIC mining machines with higher mining efficiency to improve their risk resistance since last year . Among them, Innosilicon’s A10 and A11, OmniVision’s Pineapple V1 and Bitmain’s Antminer E9 Popular.

Taking E9 as an example, antpoolminer data shows that its computing power can reach 2400M, and its power consumption of 1920w is far more than that of the graphics card RX580 8 card (240M, 1200W), and the power consumption per unit of computing power is 1/6 of the latter; E9 is also currently mining The machine with the highest yield, the single-day mining yield is 53 USDT, and the shutdown token price is 88 USDT.

In fact, the shutdown price of ASIC miners is generally between (Ethereum) 100-200 US dollars, and the decline in the currency price has less impact on it. Some miners, including old A, have gradually iterated some miners into ASIC miners since last year (old A chose 100% replacement). According to BitPro CEO Michael D’Aria, the current ratio of ASIC and GPU mining machines in the entire network is about 1:9, that is, only 10% of the computing power comes from ASIC; Bitsbetipping host Michael Carter believes that the proportion of ASIC computing power is higher than 10%, possibly 20% to 30%.

As the price of ETH fell, the resale price of GPU mining machines in the second-hand market also nearly halved, and even Nvidia’s stock price began to fall, falling from $286 to $152 in the past three months, with a cumulative decline of 47%. Pierre Ferragu of New Street Research added that since the beginning of 2021, miners have purchased about $3 billion worth of graphics cards, which are “now flooding into the second-hand market.”

Either way, it becomes more challenging for miners to recover their costs as the market moves lower. Many miners also gave suggestions. Currently, it is not a good time to buy a graphics card or buy an ASIC mining machine to enter the market. Especially for retail investors, it is best not to choose heavy asset investment.

Dig to the last minute

I am the “leek” who took over the mining machine at the high point last year, and now there is still one year left to return to the original. I wish I could keep mining till the last minute. There’s a lot of uncertainty here, and no one really knows what’s going to happen.

Fighting to the last moment is the current choice of Ethereum miners. It is not only an emotional insistence, but also a consideration of interests. After all, compared with other PoW currencies, Ethereum mining income is still considerable. Once the day when there is really no mining available, miners will not really lose their jobs.

For ASIC miners, you can and only choose ETC that has the same origin as the Ethereum hash algorithm for mining. It is precisely because there are fewer options in the future, although ASIC mining machines have excellent performance, they do not account for a large proportion of the computing power of the entire network

For GPU miners, there are relatively many directions to choose from. First of all, you can continue to mine other PoW tokens (ANON, ETC, Zcash, Zclassic, ZEL, etc.) – of course, the more computing power is cut in, the greater the competition, and the lower the returns. Secondly, the GPU can also provide high-performance computing, rendering and other services for the Web3 middleware protocol. For example, Hut 8 will open its data center as a node operator/provider for Web3 protocols such as Render Network. Miner Petzold explained:

The Information Presented Here Does Not Constitute Investment Advice Or An Offer To Invest. The Statements, Views, And Opinions Expressed In This Article Are Solely Those Of The Author/company And Do Not Represent Those Of Coinworldstory. We Strongly Advise Our Readers To Do Your Own Research (DYOR) Before Investing In Any Cryptocurrency, Blockchain Project, Or Ico, Particularly Those That Guarantee Profits. Furthermore, Coinworldstory Does Not Guarantee Or Imply That The Cryptocurrencies Or Projects Published Are Legal In Any Specific Reader’s Location. It Is The Reader’s Responsibility To Know The Laws Regarding Cryptocurrencies And Icos In His Or Her Country. Please Respect Your Country Law & Take Advice From Your Advisor .