Home News Evo Surfers set off the GameFi 3.0 revolution wave, or will it be the next Axie Infinity? 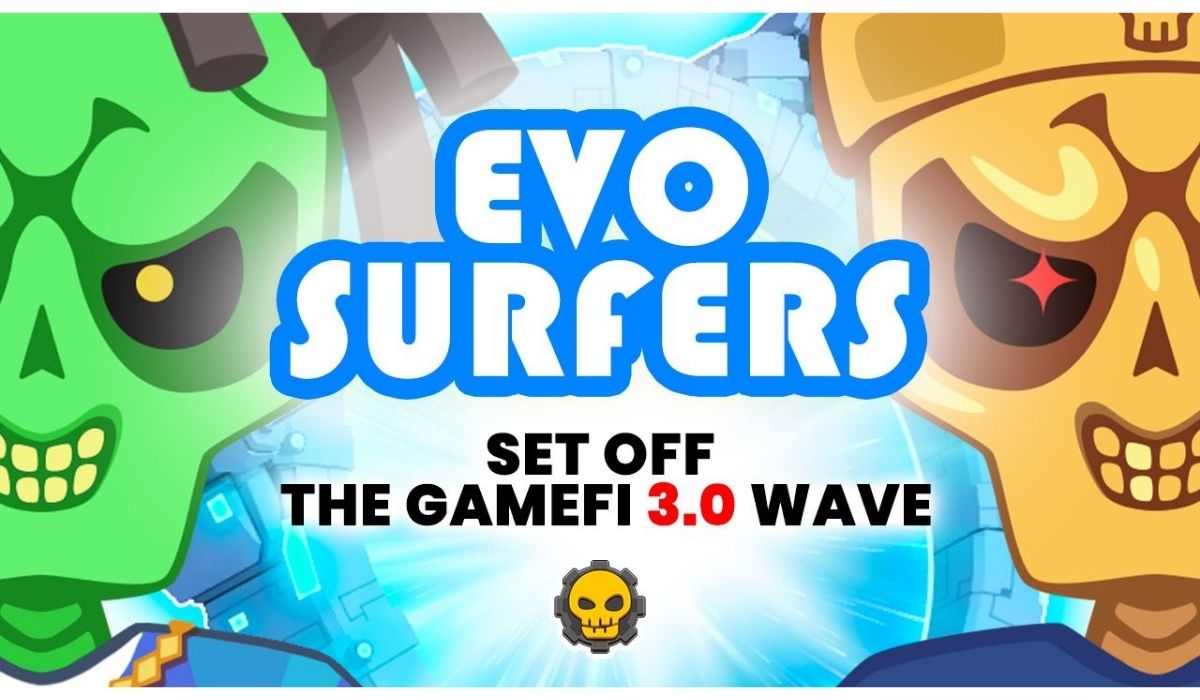 With the Defi concept hot in 2020 and experiencing a year of development, it has built a relatively large ecosystem, while NFT has followed suit and gradually formed a budding market. The mature economic model and the tokenization of rare assets have led to the rapid development of GameFi, which has flooded into the market at a blowout rate and quickly formed an independent field that has become popular among many users.

Throughout the history of GameFi development, its economic model, playing experience, and screen quality have been upgraded in different iterations. GameFi has also gradually transitioned from the 1.0 period to the mainstream Play to earn 2.0 period. The market has ushered in new opportunities and challenges while changing rapidly, and the 3.0 revolution is imminent.

In the GameFi 1.0 period, both Defi and NFT did not form a perfect model and ecology, and GameFi did not have a clear concept. The projects that could see the embryonic GameFi at this time did not have complex economic models or NFT trading, and the games were not highly playable. They were DApps based on betting and guessing games.

Take the example of WINk, which was founded by several big celebrity investors at the time, including Binance founder Changpeng Zhao, TRON founder Justin Sun, and Litecoin founder Qiwei Li. It is a comprehensive cross-blockchain ecological entertainment social platform with built-in digital asset WIN tokens. Players can buy TRX to experience a variety of gaming games on its platform, consume TRX to get the corresponding game bonus tokens and participate in mining to get TRX dividends. At the same time, the platform has also launched WIN tokens on Binance, which players can also directly purchase and pledge for staking to get TRX in proportion.

From this, it is easy to see that the essence of the GameFi project in the 1.0 period is pledge mining. In the initial stage, players need to invest certain assets to get game tokens, consume game tokens to get bonus tokens, and then get game tokens through platform coins and bonus tokens mining. The three tokens complement each other, constantly stimulate the increase of coin price in the secondary market and bring more revenue. In contrast, the game does not have much experience, and its economic model is also not complicated.

Due to the popularity and gradual maturity of Defi and NFT, GameFi in the 2.0 period already has a clear concept, which will present decentralized financial products in the form of games, gamify the rules of Defi, and transform games prop derivatives into NFT. The GameFi project at this stage can provide players with a more diversified experience because of the support of the Defi economic model and NFT assets.

At this stage, we have to mention Axie Infinity, a headline project that has earned $360 million per month, which is an NFT game that combines Pokémon gameplay and requires players to purchase 3 Axies with ETH before starting the game. The initial genes will directly affect the attributes and skills and are also an essential indicator for winning or losing subsequent battles. Players can get SLP tokens through battles and battle rankings to trade on the exchange, trade NFT by breeding Axie, and mine or trade through land NFT. The multi-cash model breaks the pattern of traditional games and makes Play to earn come into being with the trend.

In the 2.0 stage, there are many similar games led by Axie Infinity, and the main focus is on the concept of Play to earn so that players can play games in the process and cash in on the game tokens and related derivatives in their hands. But through the concept to see the essence, GameFi at that stage is more like a model, the game is more like a shell, the root of making money or Defi mining and NFT trading, finance attributes are more valued, and Game is not reflected. Players are only disguised in the established rules, continue mining, trading NFT only, but the game experience and development of the construction of the sense of participation are not high.

GameFi 3.0: Evo Surfers Set off a Wave of Innovation

In the upcoming innovative GameFi 3.0 era, players will no longer be “mining machines” and “NFT traders”; they will be more involved in constructing the game and immersively building their game meta-universe. In this virtual world, every decision and behavior in the game will affect the game’s ecological development and the plot’s direction. At the same time, its economic value is only the result of the consensus reached by most players, making Game and Fi achieve a balance.

Like WINk and Axie represent 1.0 and 2.0, respectively, Evo Surfers is also a representative GameFi 3.0 game. In this meta-universe game that promotes civilization-building, players will build a Cacha civilization with six major racial powers in 9 countries created by mysterious forces and incubate Cacha with different genes, attributes, and races by themselves. The hidden story behind it is gradually revealed. As the game progresses, the mysterious forces behind it will emerge progressively, and players will face a different story. The development of the game’s plot will be decided by players together. It allows players to be in the game, not as a puppet of mining, but as creators and promoters of the game world, considering both the game experience and money-making income.

The arrival of Evo Surfers will set off a new round of innovation in the GameFi circuit, allowing players to become the actual “creators” of the virtual worlds they create, making GameFi no longer a concept or a model, but a core of Game and a result of finance, so that games and finance can be integrated to achieve the landing of GameFi 3.0. A new revolution is coming. Let’s all look forward to the GameFi3.0 era led by Evo Surfers!