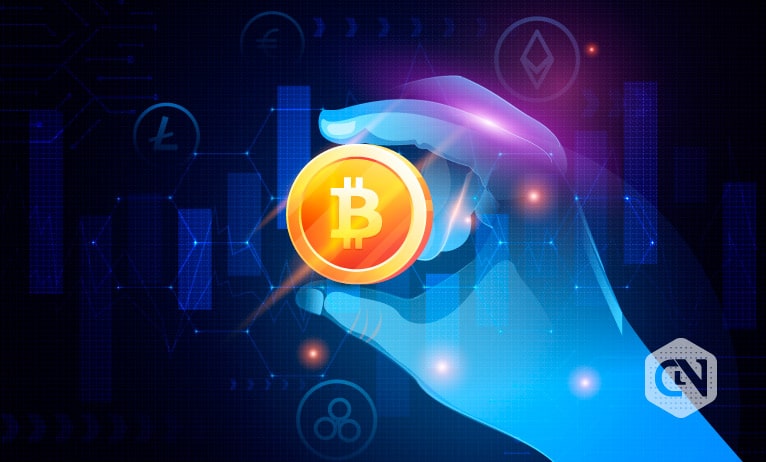 The number one goal for any cryptocurrency trader is to get rich, but while plotting how to do that, you also need to take care to avoid getting REKT!

Getting REKT is crypto slang for being wiped out, or in other words, losing everything you own due to a swift and brutal market that moves in the wrong direction. It happens more than you might think because backing the next up-and-coming coin just before it goes to the moon is the fastest way to make money. That can happen, but for every coin that pumps, there tend to be several more that dump, taking the portfolios of numerous, horrified traders.

Should the coin you’ve staked everything on suddenly fall from grace, it’s game over. So don’t let that happen to you. Instead, a far safer way to get rich might be to sit back, put your feet up and follow our lazy trader guide to making a slow and steady profit instead.

Laze Around As You Lend

One of the most obvious easy ways to reap the rewards with your crypto is by loaning it to those willing to pay for the privilege of borrowing it. Indeed, crypto lending is probably the easiest and most popular way to earn interest on your crypto savings.

Lending in crypto is fairly simple, and numerous DeFi protocols provide options to provide funds towards a pool accredited borrowers can tap into. Some of the most popular services include Compound, Maker, Uniswap, and Instadapp. They all follow a similar model, with vetted borrowers able to deposit collateral in return for taking a loan against a pool that various users fund. Borrowers will repay according to a pre-agreed schedule, with the lenders earning interest on those payments. Because the borrowed funds are pooled together, the risk is shared across multiple users.

Crypto lending isn’t entirely without risk. While borrowers are generally required to deposit collateral that will be liquidated in the event of a default, there have been notable incidents where lending platforms have suddenly, and without warning, canceled all withdrawals to protect against market volatility. This happened recently with the Celsius DeFi platform, which in early June announced it was temporarily pausing all withdrawals from its platform due to extreme market conditions, causing its native token price to crash.

That said, some platforms make up for this risk by offering the chance for investors to earn additional interest beyond what’s advertised. Nexo, for example, offers loans in 32 different tokens, including Bitcoin, Ethereum, and several popular stablecoins.

While users can choose to earn their interest in the same token they lend out, they can also be rewarded in NEXO tokens instead, for which they earn an additional 2% interest. In addition, Nexo will offer higher interest to those users with a higher loyalty level – which is determined by the amount of NEXO tokens held in your wallet versus other tokens. So if NEXO makes up 40% of your wallet balance, you’ll earn more than a lender who only holds 30% NEXO, for example.

Yield Farming While You Yawn

Similar to lending in many ways, yield farming involves depositing cryptocurrency tokens into what’s known as a “liquidity pool” on a decentralized exchange. DEXs, as they’re known, are generally too small to run a traditional order book that provides liquidity on centralized exchanges like Binance. So instead, they provide incentives for platform users to provide liquidity by depositing their tokens in return for a reward.

With liquidity provided, users will agree to lock up a pair of tokens, such as BTC/USDC, into a pool for 1 month. The funds will then be combined with those of other depositors to create a pool of liquidity used to settle trades in the specified currency pair instantly. For their deposit, LPs earn a percentage of the transaction fees on each swap or trade, with everything handled automatically by smart contracts.

Once again, most DeFi protocols offer yield farming services. You’ll likely be best off starting with a more credible platform such as Uniswap. To become an LP, you’ll need to deposit a specific ratio of two assets into the liquidity pool of your choice. In return for doing so, you may also (depending on the DeFi exchange) receive LP tokens representing your share of that liquidity pool. These are useful, as they can still be staked (see below) to earn additional rewards elsewhere. So yield farming provides not one but two passive income streams from a single investment.

The risk with yield farming has to do with a phenomenon known in the industry as “impermanent loss”, which refers to fluctuations in the value of the two assets deposited. If the price of the two assets moves in the wrong direction, it’s possible that you could lose a significant percentage of the rewards earned. It might be worth using a service such as Balancer that offers safeguards against impermanent loss for some token pairs to offset this risk. For instance, users can deposit tokens in Ethereum pairs without exposing themselves to ETH price fluctuations. This ensures they can earn income from MKR/ETH or ZRX/ETH traders without worrying about impermanent loss.

Another option is to use an exchange that offers insurance against impermanent loss, such as CVI.

Sit Back and Stake

Staking is another easy way to earn that’s only available on blockchains that use a Proof-of-Stake consensus mechanism. If you hold the native token of blockchains such as Ethereum, Tezos, or Cosmos, for example, you can take part in validating the network’s transactions and earn rewards for doing so.

With staking, users are essentially lending their coins to the PoS network so that they can validate network transactions. In exchange for lending these coins, the network rewards users with newly minted tokens each time they validate a transaction. In other words, it’s the same as earning interest on those tokens. Like yield farming or lending, the tokens are deposited into a special pool and cannot be accessed for an agreed lock-up period.

Staking is not to be confused with becoming a validator in its own right. To become a validator, you must download the blockchain’s software, set up a node, and stake a minimum number of tokens. This is often quite expensive, with Ethereum requiring a minimum of 32 ETH, for example. On the other hand, some wallets and crypto exchanges (such as Binance, Coinbase, Kraken, etc.) provide the option to stake a smaller amount of tokens. These are then pooled with coins from other users into one validator, with the rewards split equally among all participants.

Chill Out With Copy Trading

No token deposit is necessary for our last lazy method of earning passive crypto income. All you need are some funds and a nose for finding smart investors.

Copy-trading refers to the practice of copying other investors. You sign up for a service such as Gate.Io or BingX, find the investor you want to follow, and then for a small fee, the platform will instantly mirror all of the trades that the user makes, instantly and with no slippage so that you can share in their rewards.

BingX provides a ton of info on its best traders, including their full history, return on investment, etc., with the ability to filter according to different markets. So, all you have to do is find an active and profitable one or two, and you’re good to go. As long as that trader makes a profit, you’ll benefit from making the same kinds of profits, minus a very small fee (usually around $1 on most platforms) split between the platform and the trader.

To make life even easier, BingX recently added a feature called Grid Trading that allows hedge against market volatility by placing buy and sell orders at various prices. These are executed automatically so that you’ll be guaranteed to make a profit as long as the price stays within a preset boundary.

The cryptocurrency market is a minefield for investors, but that doesn’t apply to the lazy traders among us. Rather than dealing with the stress of trying to guess the market second yourself, choose one of the above strategies. Take a few minutes to set things up, then do something else and forget all about your investment for a while. When you come back in a few weeks to check on your rewards, there’s every chance you’ll be a richer person for it.