With so much attention focused on the cryptocurrency industry, it’s possible to forget that the financial systems all over the globe are being revolutionized right now. The vast majority, if not all, of the coins and tokens enjoying rapid development are those affiliated with crypto businesses that have the potential to revolutionize the financial system completely. These types of coins, due to their revolutionary approach, are sought after by investors with long-term investment strategies.

Helium (HNT) and Mehracki Token (MKI) are some unique projects with the potential to revolutionize the financial system completely. In this article, we’ll go over what these cryptocurrencies are, how they work, what makes them unique, and why they could be some of the next cryptocurrencies to boom in 2022.

Helium (HNT) is the first of the revolutionary cryptocurrencies, featuring a blockchain-based technology that allows users to build massive, cost-effective wireless infrastructure quickly. Helium’s nodes, known as Hotspots, can be used to link low-powered wireless devices, allowing them to interact and send data over its network. Helium, also known as the People’s Network, is currently available in various countries and is considered the world’s fastest-growing wireless network.

Helium is the world’s largest LoRaWAN network, with over 300,000 worldwide Hotspots since its introduction in 2019, and it provides hotspot incentives in the form of HNT rewards. LoRaWAN is a hybrid of two technologies: LoRa, a method of encoding data using radio waves, and low-power wide-area networks (WAN). The Helium network is designed for devices that transport low amounts of data over great distances and are powered by batteries.

The network comprises Hotspots that give coverage to the public network in exchange for HNT, Helium’s native cryptocurrency. The purpose of HNT is dual. First, users participating in challenges are recompensed with Helium (HNT), the blockchain’s native cryptocurrency. Secondly, Helium can be burned to create data credits (DC), a token used to pay for transaction and network fees. The value of data credits is based on the US dollar, with one DC equaling $0.00001.

None of the HNT had been mined before July 2019, when the first HNT was released. The Helium Network aimed to mine 5 million HNT per month once the genesis block was mined, for 60 million HNT per year. Since the project started benefiting from community approval in November 2020, the amount of Helium produced has been cut in half every two years. This begins with the first HNT block mined, implying that only 3.6 HNT will be mined annually in 50 years. The blockchain is approximately halfway to the maximum production limit of 223 million HNT — with the current circulating supply at 102.6 million.

Mehracki is a unique new meme coin that takes the form of a decentralized autonomous organization and is community-driven. Because Mehracki is controlled by its community, active MKI Token holders will vote on and decide how the ecosystem evolves. Also, active members of the community can express their opinions and contribute suggestions and solutions for how to develop the network on the platform. 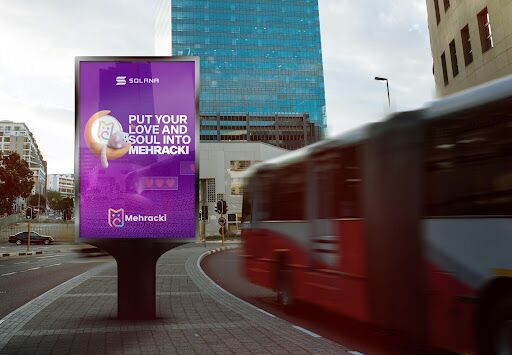 MKI, Mehracki native cryptocurrency, will function as the verification and authentication sign for all platform-based and off-platform transactions. MKI payments will be gamified with rewards at key points to encourage the adoption of the token. Owners of the Mehracki Token will receive feel-good NFTs, which they can then buy, sell, or trade with other users.

The MKI Token’s core application will focus on low-cost, worldwide payments, with a primary concentration on the tourism and hotel industries. Users can use the MKI Token to make payments and other rewards like loyalty bonuses. Mehracki also allows users to exchange other cryptocurrencies for MKI Tokens and use the token on the NFTs market.