Home News How will your Ether be handled by cryptocurrency exchanges post the Merge?

Singapore based investment firm Alphalab Capital has come up with some charts that showcase important information around the Ethereum Merge. They’ve compiled charts for the retail investors to show how various cryptocurrency exchanges plan to handle Ether post the Merge. It consists of most exchanges barring the ones who declined to comment.

“Ethereum Merge” has been the hottest buzz word for a while now. The world’s largest blockchain’s move from PoW to PoS that is planned since 2014 is finally coming to fruition. The move from Proof of Work to Proof of Stake comes in to tackle the highly energy intensive methods of verifying blockchain transactions and ease the barriers to entry.

The move will bring in the much needed scalability without compromising on the security. Although it is being debated, Ethereum’s official website claims the move to be for the betterment in all aspects. Ahead of the merge that is scheduled for 15th September, users have doubts over the Merge. They are uncertain about what will happen to their Ethereum holding post the merge.

The Ethereum team’s message to the holders of Eth is that “You do not need to do anything with your funds or wallet before The Merge.” Although this should be good enough for people to not worry, it is always better to have a clear picture as such things at times may differ from one platform to another. Some people are not familiar with the technicalities of the merge and might be anxious about their funds.

In the following charts by Alphalab Capital, you can clearly see what the leading centralized cryptocurrency exchanges of the world are planning to do: 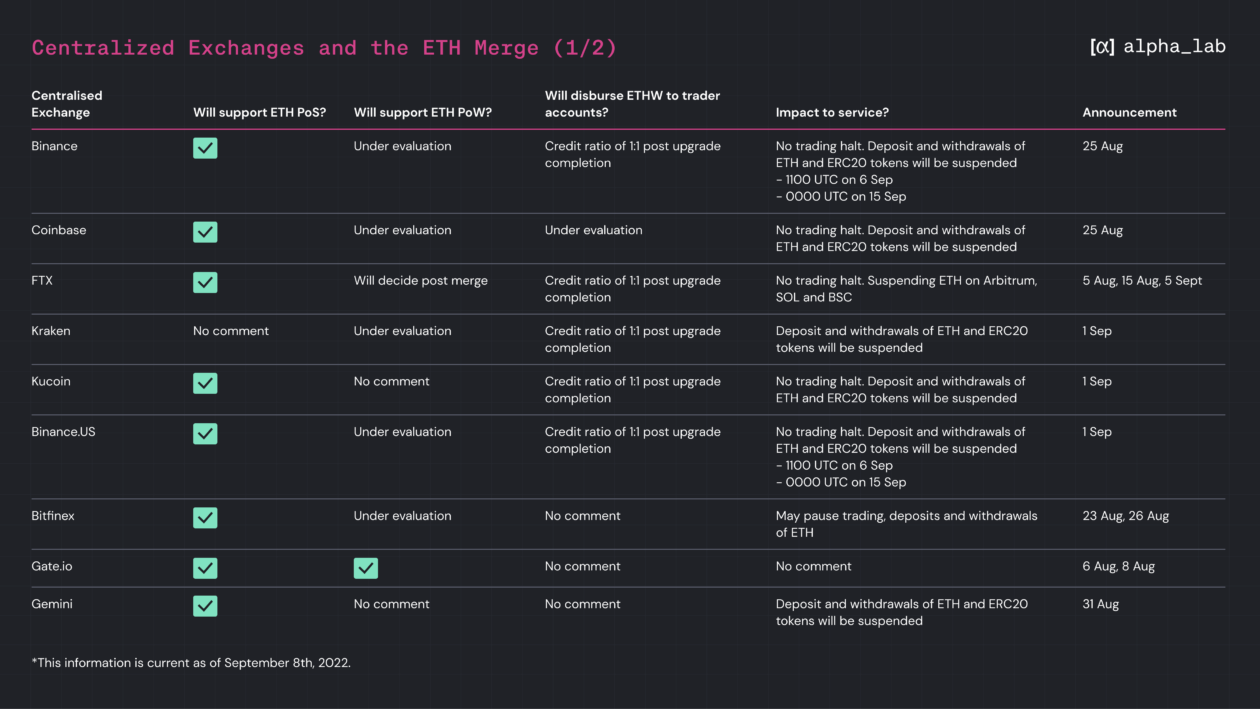 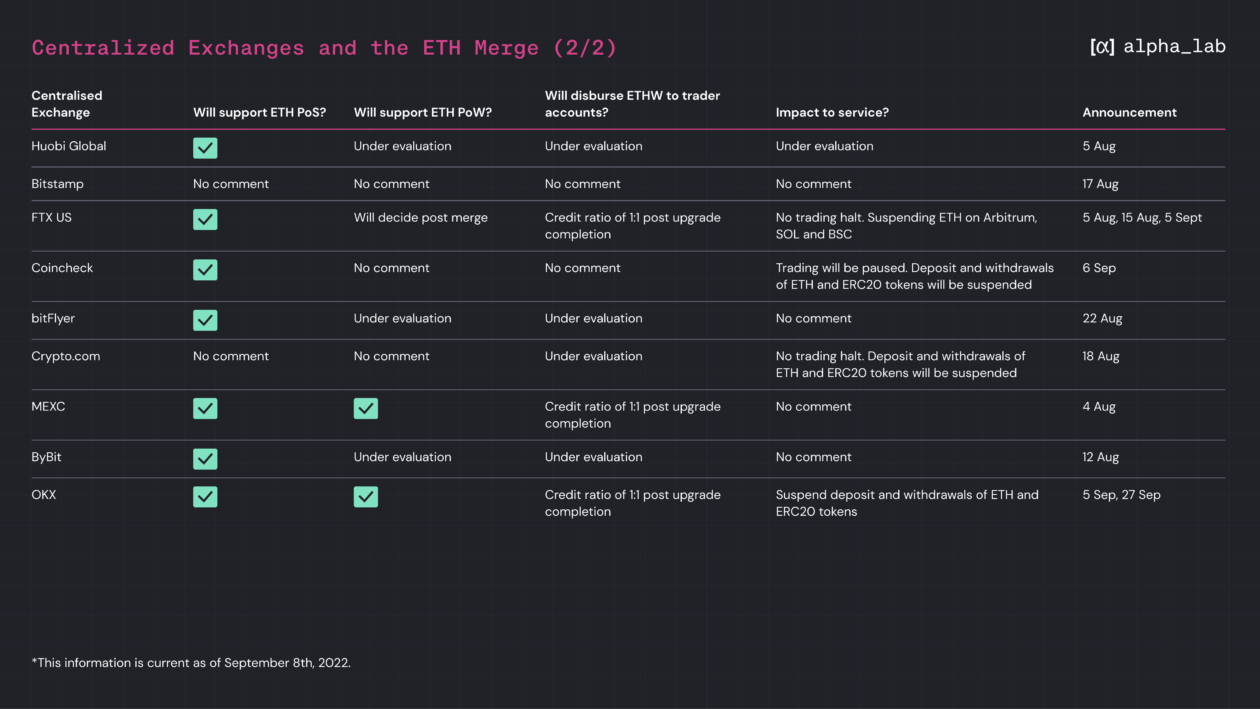 AlphaLab Capital Group is a technology-driven trading group that transacts over $2B daily in cryptoassets on 40+ exchanges, both centralized and decentralized. As per their website, since 2017, they have consistently generated exceptional returns. They were one of the first movers in quantitative trading on the blockchain, and today they operate thousands of algorithms 24/7 on a globally distributed network of trading servers.