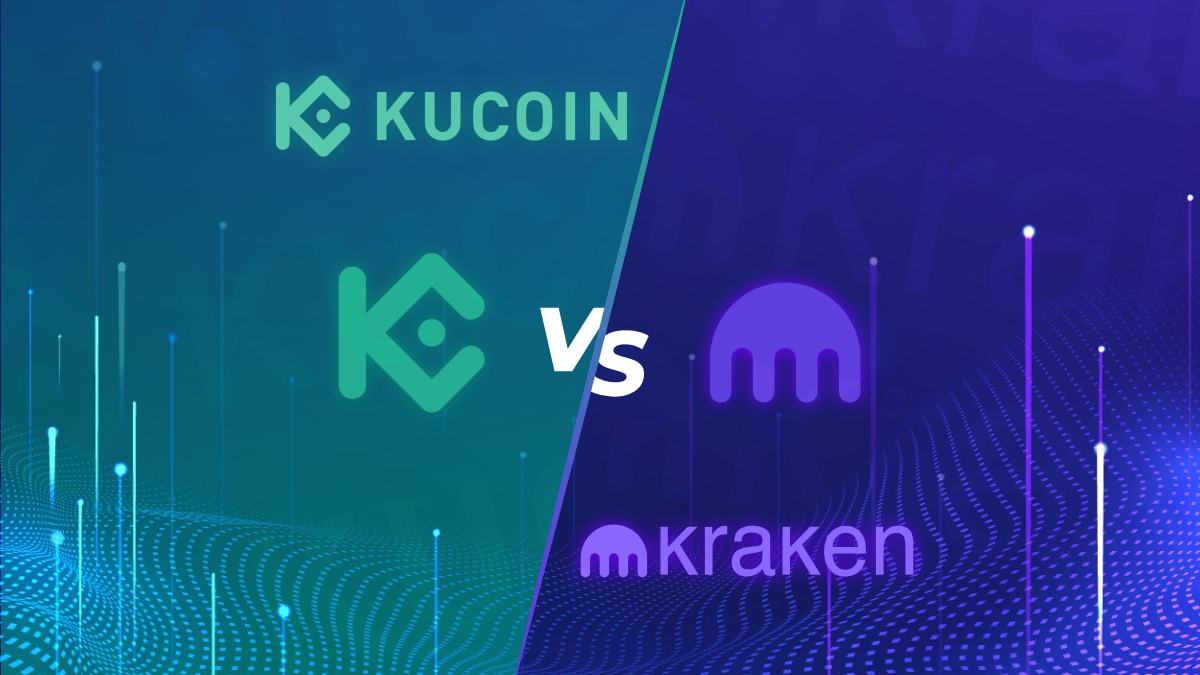 Choosing the right cryptocurrency exchange is crucial to optimizing your crypto investments and trading. In this article, we will be comparing two of the top crypto exchanges in the world: KuCoin and Kraken.

Since its launch in 2017, KuCoin has grown to be one of the largest exchanges by trade volume worldwide, with over $1 trillion accumulated trading volume. 11 million people from more than 200 countries are registered on the platform. Known as the “People’s Exchange”, KuCoin puts user experience first, providing users with multi-language and 24/7 customer service. As such, KuCoin has established local communities all around the world including Japan, Italy, Russia, and India, just to name a few.

While KuCoin provides advanced trading tools for experienced users, its platform also benefits beginners in the trading scene. In fact, KuCoin offers trading bots in which users can enter specific trading parameters and let the bot take over trading activities. As a result, traders of all levels do not have to go through the hassle of timing entries and exits. It is a passive approach to trading cryptocurrency and maximizing potential profit. The best part is that traders do not have to monitor the market constantly, knowing that their crypto trading portfolio is working for them.

KuCoin has one of the largest selection of altcoins available compared to other major exchanges. There are currently over 700 tokens with new ones being added regularly. Even crypto users from Binance or FTX will often keep KuCoin as a secondary exchange to acquire new altcoins that cannot be found anywhere else.

The platform also offers fiat support for over 50 different currencies. As a result, users from remote locations have access to swapping tokens while avoiding high conversion rates.

Founded in 2011, Kraken is one of the oldest and most reputable U.S. crypto exchanges. It is the global leader in Bitcoin trading in terms of the volume of transactions in euro and its liquidity. Trades also support Candian dollars, U.S. dollars, British pounds, Australian dollar, Swiss franc, and Japanese Yen. As a result, there are 9 million registered users across 190 countries, with $207 billion quarterly trading volume at the time of writing.

In 2015, Kraken opened the first dark pool for Bitcoin, resulting in the trading platform becoming a primary place for institutional investors and high-volume whales to trade Bitcoin in discretion.

Kraken was founded by Jesse Powell (CEO) who was a security consultant for Mt. Gox. Powell anticipated the fall of Mt. Gox and began developing Kraken as a potential replacement. According to Powell, he realized that “the exchange is the most critical part of the Bitcoin ecosystem” after learning the situation with Mt. Gox. When it indeed collapsed and failed security audits in 2014, it paved the way for newer and more robust exchanges like Kraken to gain market share.

Though Kraken only offers 185 coins which is fewer compared to other major exchanges, Kraken allows users to stake popular cryptos and earn attractive APY rewards as high as 23% in yearly rewards. To this day, over $10 billion worth of digital assets are staked on Kraken’s on-chain staking platform, rewarding more than $100 million to clients.

Kraken was also one of the first exchanges to offer spot trading with margin, regulated derivatives and index services. Similar to Coinbase, Kraken also has two apps: Kraken and Kraken Pro. The latter is designed for traders on the go and provides an interface for advanced trading, charting, and order types that are not available on the standard app. Advanced traders can easily trade large volumes at stable prices with low spreads and high rate limits.

Kraken is also active in providing in-dept crypto education. Similar to Binance Academy, Kraken has Kraken Learn that are full of articles, videos, and guides that users need to navigate the crypto world. Crypto is still a relatively niche market. As such, this is an important step to mass adoption as education is the key to onboard newcomers.

In this section, we will take a closer look at what KuCoin and Kraken have to offer and compare them based on these features:

KuCoin offers more cryptocurrencies than Kraken by a large margin. It prides itself in being the top major crypto exchange that is constantly up to date with the latest digital assets. KuCoin offers more than 700 supported coins, whereas Kraken only has over 185. However, Kraken focuses on providing large volume to its smaller number of cryptos, which is better for trading in general as users can easily trade large volumes at stable prices. If you opt for high risk, high reward investments, KuCoin is the pick. But if you prefer trading large-cap cryptos at a regular basis, Kraken is the better option.

Kraken also offers higher returns on crypto staking and savings. Take Bitcoin for example, Kraken offers a 1% APR, whereas KuCoin only gives 0.12%. However, Kraken’s Bitcoin staking is done off-chain via their internal programs, which is available in eligible countries only. Nevertheless, though both numbers are small, the difference becomes more significant over time.

Both KuCoin and Kraken offer a wide array of trading tools for advanced users. But KuCoin also provides a trading bot for users to earn passive profits without constantly monitoring the market. In terms of convenience, KuCoin is the winner here as traders of all levels can simply let the bot do the trading around the clock. After all, humans cannot compete with bots in terms of speed and calculation. According to their website, KuCoin has over 9 million bots created worldwide.

Kraken has a more complex fee structure than KuCoin. Fees are incurred across multiple purchase categories such as (1) Kraken Instant Buy, (2) Kraken Pro, (3) Stablecoins/Pegged Token/FX Pairs, (4) Margin, (5) Futures, and (6) NFTs. On the other hand, KuCoin only has differing fees for spot and futures.

Both exchanges charge no fees for crypto deposits, though Kraken charges an address setup fee for certain assets. In terms of trading fees, KuCoin’s maker and taker fee is between 0.01-0.1%, whereas Kraken’s maker and taker fee is between 0.00% and 0.26%. KuCoin lowers trading fees based on the amount of KCS (KuCoin Shares) the user is holding, whereas Kraken gives discounts based on monthly trading volume.

For most retail investors, KuCoin is the clear winner as the benefit of holding KCS is twofold: lowering trading fees and appreciation of KCS value over time. However, for whales who trade large volumes regularly, Kraken is the better option.

Like Coinbase, Kraken is one of the few registered and licensed crypto exchange in the U.S. where it has one of the strictest crypto regulations in the world. The exchange ranks first with a perfect score on crypto exchange security review site CER, and it has never been hacked before.

On the other hand, though KuCoin shares most of the security features as Kraken including KYC verification and multi-factor authentication, KuCoin has suffered a major breach in 2020. The hackers managed to obtain the keys to some of the biggest wallets on the exchange, stealing over $281 million worth of coins. Although $204 million were recovered within weeks of the attack, a lot of users in the crypto space had lost faith in KuCoin. However, since the incident, the exchange has been actively upgrading their security mechanisms and performing periodic reviews to protect users’ privacy and assets.

If you prefer spot trading and investing in high risk, high reward altcoins, KuCoin is the better choice.

If you want to trade without going through the hassle of monitoring the market constantly, KuCoin is also better as they have a trading bot who can help you trade within specific parameters you set up.

If you are an advanced trader or a whale, Kraken is far superior than KuCoin as they have an app (Kraken Pro) specifically designed for high-level trading and deep liquidity to support large volume trades with low fees.

If you value security first, Kraken is the clear winner as they have never been hacked before, and is one of the few exchanges that operates under U.S. regulations.