According to some reports, unusual activity of large XRP wallets was noticed on-chain hours before $30 million worth of funds were transferred within minutes.

Of these, two transactions linked to the Bitstamp exchange appeared on Feb. 22. As the exchange page shows, the unknown wallet transferred 20 million XRP worth $14.2 million at the time.

The unknown wallet that transferred significant funds to Bitstamp currently holds only 45 XRP and is most likely tied to Bitstamp as it constantly receives many transactions from the exchange and is not in contact with other XRP wallets.

The second transaction was made from the Bitstamp exchange with another anonymous wallet that currently holds 111 million XRP and is owned by an exchange or a large anonymous whale actively trading on the Bithumb exchange.

Following the general trend in the crypto market, XRP has lost at least 17% of its previously gained value. The unfortunate market conditions led to a drop below $0.7 for the second time since 2021.

But while most market participants are pushing down the price of the asset, XRP is still able to weather the significant selling pressure present in the market. From February 3 to February 10, XRP gained at least 20% of its value despite the downtrend that started in November. 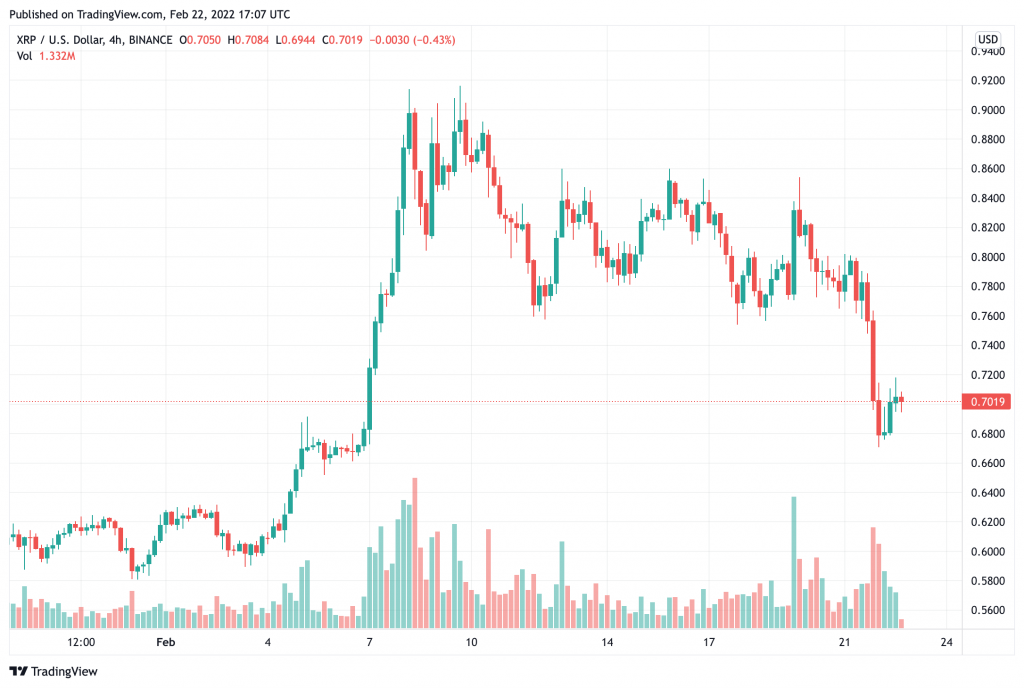 At press time, XRP trades at $0.7019 with a daily drop to $0.65. A barely noticeable correction occurred in the market as most assets entered the oversold territory.