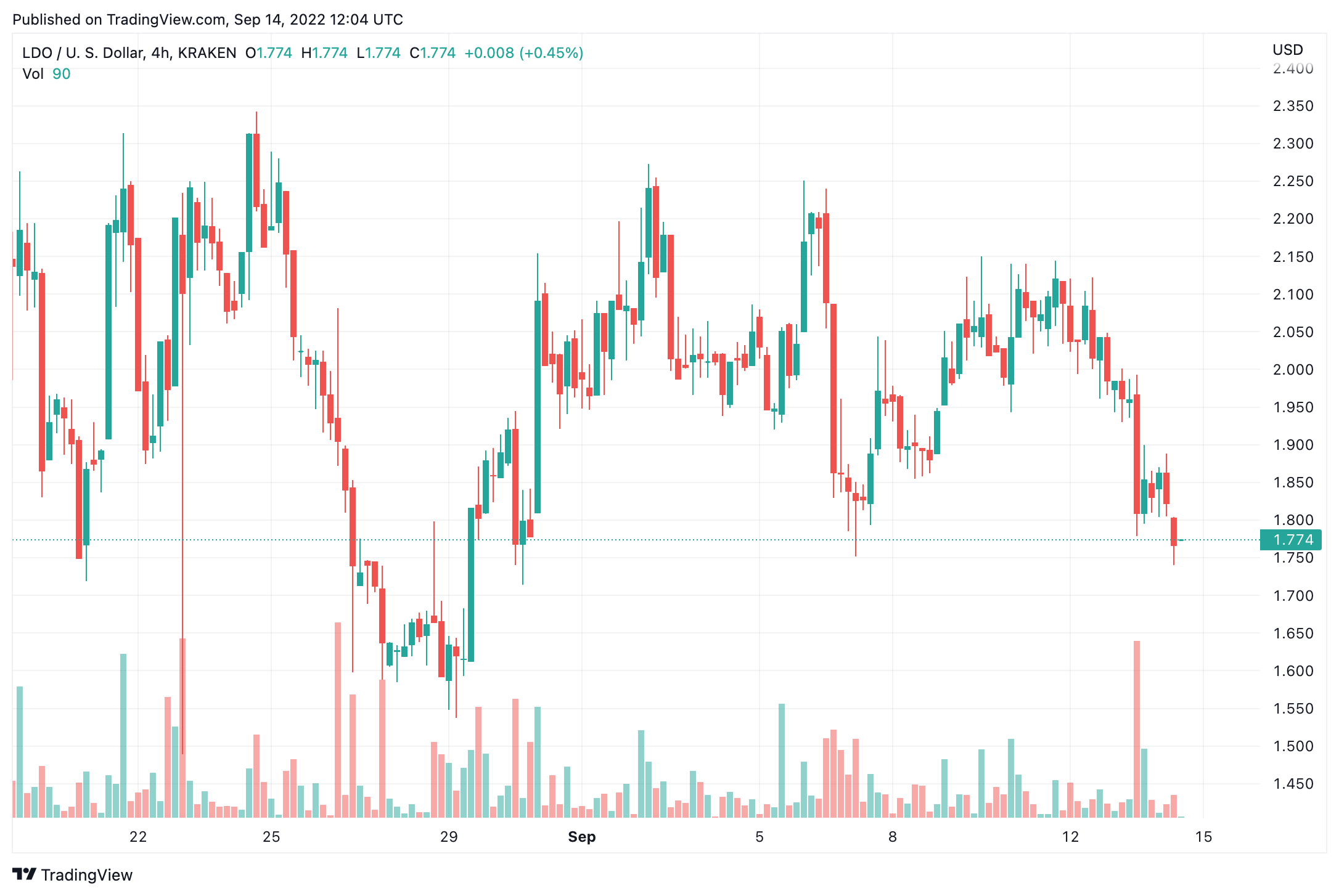 Due to delayed staking demand and conflicting predictions for the Merge, the token had been on a rise steadily before the event but has lost steam since mid-August. Since that time, its price has moved in a narrow range. However, a lot of industry insiders think that the Merge may eventually turn into a “sell the news” event, prolonging its downward path.

Lido happens to be the most popular Ethereum 2 staking-as-a-service provider. In fact, 31% of the entire amount of ETH staked is via Lido, according to a recent report by Nansen. Stats also reveal that Lido has deposited more than 4.14 million of the ETH into the Ethereum 2.0 smart contract on behalf of its users.

The decentralized online liquid staking protocol was first developed as a risk-reduction measure against the bulk of staked ETH going to centralized cryptocurrency exchanges since these platforms must abide by legal requirements. However, when worries about centralization surfaced, Lido’s supremacy became a source of dispute among the Ethereum community.

As LDO ownership was seen to be concentrated, the paper emphasized the requirement for the staking pool to be sufficiently “decentralized” in order to preserve its status as censorship resistant.