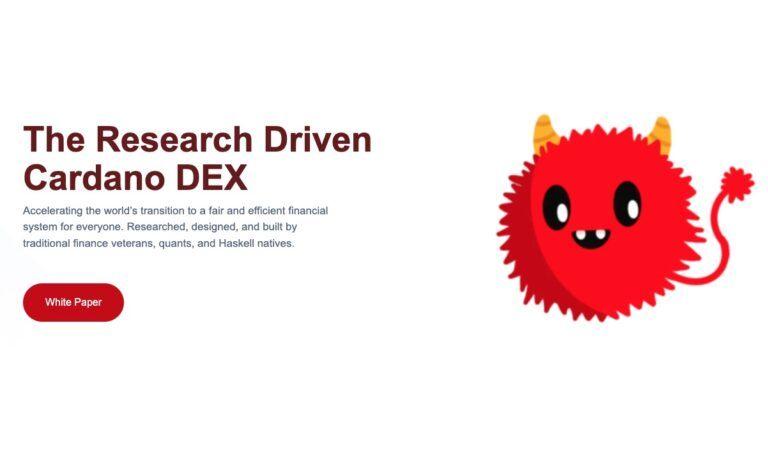 This article takes a look at Maladex, which according to its developers is an upcoming “research-driven” Cardano-powered decentralized exchange (DEX) that is aiming to be “a full-fledged trading platform… for crypto, indexes, synthetics, derivatives.”

The information contained in this article comes from the Maladex website, the Malaxdex white paper, and conversation on Twitter between “ADA Whale” (Twitter ID: “@cardano_whale“), who is a highly respected member of the Cardano community due to his insightful tweets, and the Maladex development team.

In the FAQ section of the Maladex website, the team explain how the DEX they are building is different from other DEXes built on Cardano:

“We believe that all other DEX offerings are inherently inefficient. That is that they consume far more resources than is necessary and are costing users. We believe we have the experience in quantitative mathematics and financial haskell development to deliver a highly efficient DEX. A more efficient use of capital will result in better returns, better user experience, and will better reflect the actual state of the market. The DEX of tomorrow.“

More specifically, the team believes that Maladex is a better DEX for the following reasons:

Maladex protocol will use oracles in two ways:

“Maladex, as a high capital efficiency protocol, will provide timely and accurate Cardano-native asset prices, and we will make this information available to other projects via oracles in the future. Additionally, Maladex is going to provide a series of trading indicators from the classical weighted moving price averages, divergence indicators, etc. to advanced quantitative data streams, similar to those used by the most sophisticated hedge funds in the world, advanced momentum based indicators (distribution moments up to 6th order), Greeks, etc.“

The Maladex white paper was released on 22 October 2021:

The white paper, which was written by Jarek Hirniak, proposes “a revolutionary execution model based on the concept of programmable swaps,” and says that this approach “completely eradicates impermanent loss, significantly increases capital efficiency, and is poised to render market making and price discovery much more efficient.”

It went on to say:

“Building on the foundation of programmable swaps and on-chain autonomous code, we’re developing a platform which enables a multitude of alpha generating products. These products could include passive investments such as crypto indexes, through synthetics, and financial derivatives, to programmable trading strategies akin to those employed by top performing market makers and hedge funds in traditional finance.

“The platform not only connects investors with a wide range of investment products, but does so while enabling risk control, dynamic hedging, and adaptability to market conditions. Maladex intends to provide high-frequency on-chain data streams, data warehouse and tooling for back-testing. Finally, we intend to engage in research and education to move DeFi forward.“

A good explanation of the Maladex white paper was done on April by Cardano developer “Sooraj”:

Yesterday (April 19), “ADA Whale” continued with his series on major Cardano-powered projects — where he asks each of these teams some “basic” questions and he summarizes each of these Q & A sessions in a Twitter thread — by shining the spotlight on Maladex.

Here are some highlights from his Twitter thread on Maladex: