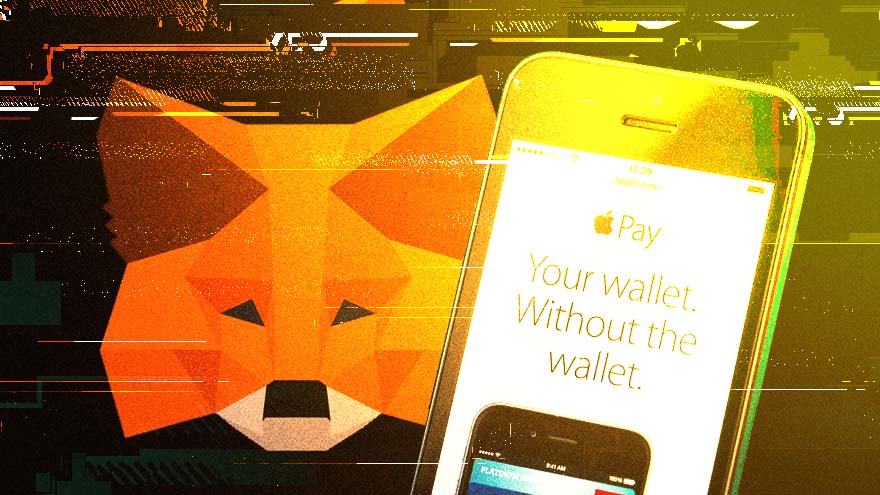 Mainstream adoption of cryptocurrencies just got a boost.

MetaMask has announced that the popular crypto wallet will now support direct digital asset purchases with debit and credit cards by way of Apple Pay.

One upshot of the feature is that users will be able to directly seed their crypto wallets with digital assets, rather than having to go through centralized exchanges (CEXs) like Coinbase. CEXs are often seen as a grey area between decentralization and centralization — they are on-ramps to a decentralized economy but their servers are centrally owned just like any traditional company.

MetaMask is arguably more decentralized than traditional CEXs — Joseph Lubin, the co-founder of Consensys, which develops the wallet, has gone on record saying that MetaMask will “progressively decentralize.” With the new Apple Pay feature, users will be able to enter the crypto ecosystem further on the decentralization side of the spectrum.

With the new Apple Pay feature, along with a dark mode which was also announced as part of the wallet’s upgrade, MetaMask’s developers are doubtless looking to scale their user base to the next level.

It’s been widely reported that users will be able to purchase a maximum of $400 worth of crypto per day, but Wyre, a payments API company that MetaMask is using for the Apple Pay integration, lists a $500 daily maximum in their documentation.

Regardless, it’s never been easier to introduce new users to crypto.