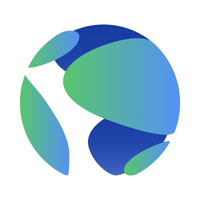 In connection with the collapse of the Terra ecosystem, which resulted in thousands of South Koreans losing money, investigators and prosecutors in South Korea are getting closer to compiling a solid case against Terra’s Do Kwon.

Officials have found a shell business that was used to transfer money from Terra into accounts owned by Do Kwon, a recent finding that is sure to strengthen the resolve of investigators and courts.

The entire crypto space knew Do Kwon solely owned TFL up until this point. Whereas, TFL stopped doing business in South Korea in April 2022.

Additionally, it has come to light that a fictitious business called Flexi Corporation is still active in South Korea and has been implicated in a scheme to steal money from Terra.

It’s interesting that the firm simply exists as a document, which gives it all the characteristics of a shell company. The information that Terra got money through token sales conducted over the counter is even more intriguing.

To exchange tokens for money, Flexi Corporation was employed.

Additionally, the company uses accounts that were made in the names of dubious corporations. While South Korean officials continue to look into the Terra crash incident to see if Do Kwon, his firm TFL, and associates did anything unlawful, this revelation has already been discovered. It’s difficult to see how Do Kwon could escape responsibility given these revelations.

Speaking Out: A Former Terra Developer

Prosecutors are reportedly keeping track of the money entering the shell firm after it was outbursted, potentially in an effort to gather more evidence to support the case against Do Kwon. Because Flexi Corporation is a shell corporation and money was transferred to it via OTC sales, this action constitutes money laundering.

On the other hand, during a previous tax-related probe, the Korean tax authorities expressed significant concern about Flexi Corporation, according to a former Terra developer who spoke out. Due to tax evasion, Do Kwon and TFL must also pay fines to the government of almost $80 million.