An independent pro-blockchain organization called the Chamber of Digital Commerce has submitted a motion to intervene in the legal dispute between Ripple and the SEC. The company is requesting an opportunity similar to the one it received in the SEC’s action against Telegram as a very interested third party in the matter.

Although the announcement of the chamber’s potential involvement was warmly welcomed, several people continued to doubt the event’s wisdom. On Twitter, @Belisarius2020, a pro-XRP activist and attorney, shared his thoughts on the news. 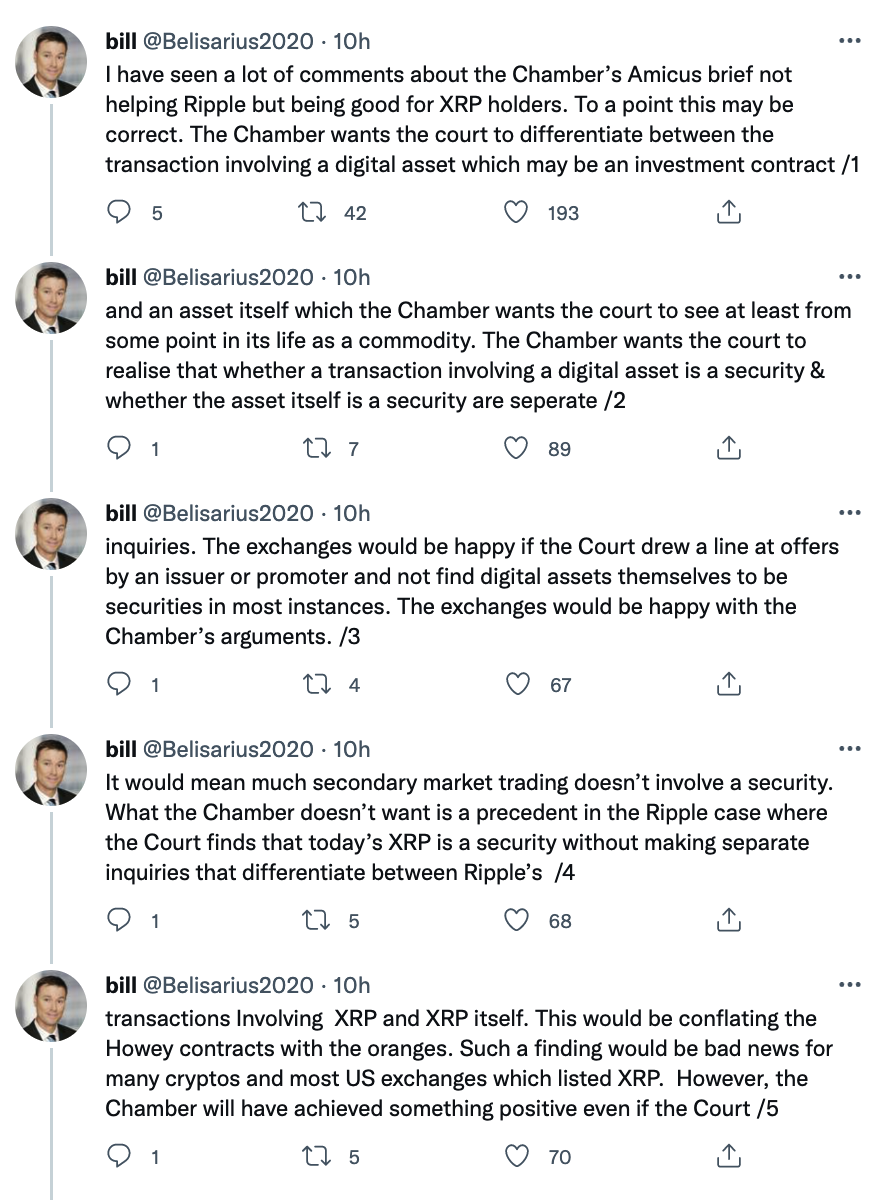 The chamber’s aim, according to the attorney, is to convince the judge that the digital asset and the transactions involving it are two distinct entities. According to a lawyer, if the court had adopted the explanation that Ripple transactions using XRP and the independent circulation of XRP are not the same, the precedent that cryptocurrency trading on the secondary market turns into securities dealing would not have been set.

In addition, the expert claims that even if the court decides that XRP in this particular case qualifies as security because Ripple sales were investment contracts, the chamber and the cryptocurrency industry will still receive a favorable outcome if at least the necessity of two independent investigations is acknowledged.

Therefore I don’t look at the Chamber’s brief as good or not good for Ripple or XRP holders. I do think it important and good for the case if the Court excepts the difference between Ripple’s transactions involving XRP and the asset itself and recognises the different inquiries/7

In conclusion, the attorney says that the Chamber of Digital Commerce’s engagement in the lawsuit makes sense in terms of the continuous operation of the cryptocurrency business but is neither good nor bad for Ripple or XRP.