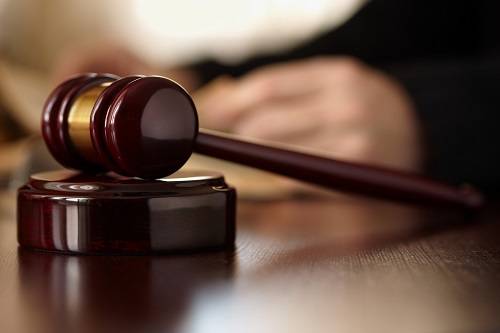 In another last-minute twist, Reggie Fowler, the man at the center of hundreds of millions of dollars in missing Bitfinex-Tether money, is going to forgo a trial and enter an open plea to charges next week. His trial was scheduled to begin in May.

Fowler is charged with bank fraud, money laundering, and running an unlicensed money transmitting business. An open plea leaves the defendant’s sentence in the hands of the court, with no agreement from the prosecutor.

Fowler’s lawyer, Edward Sapone, filed a letter with a Manhattan court on April 21, asking Judge Andrew Carter to schedule a Rule 11 change of plea hearing.  Fowler, who lives in Arizona, is hoping for a virtual hearing due to COVID, so he won’t have to get on a plane.

The former football player allegedly ran a shadow banking service for Crypto Capital, a payment processor that crypto exchange Bitfinex was using to skirt the traditional banking system. Before his indictment on April 30, 2019, Fowler’s accounts were frozen by the Department of Justice.

This isn’t the first time Fowler has attempted to plead guilty. He came very close to a plea deal on January 17, 2020, but backed out in front of the judge at the very last moment.

Had he accepted that deal, he would have likely spent five years in prison with three years of supervised release and paid a fine of up to $250,000.

But the deal, which required Fowler to forfeit $371 million held in some 50-odd bank accounts, fell apart at the last minute. Nobody was sure of the exact amount in the bank accounts and Fowler would have been on the hook for the difference.

On Feb. 20, 2020, the government followed up with a superseding indictment against Fowler, adding wire fraud to existing charges of bank fraud and illegal money transfer.

According to federal prosecutors, from June 2018 to February 2019, Fowler obtained money through “false and fraudulent pretenses” to fund a professional sports league in connection with his ownership stake in the league.

As it turned out, Fowler had invested $25 million in the Alliance of American Football — an attempt to form a new football league — shortly before his arrest in 2019.

Sapone has been Fowler’s lawyer since April 2021, when Fowler’s prior defense team withdrew from the case due to nonpayment. Fowler owed them $600,000.

If you are just getting up to speed on all of this, the New York Attorney General charged Bitfinex and Tether with fraud in April 2019, claiming that Bitfinex covered up the fact that it had lost access to $850 million put in the trust of Crypto Capital, without so much as even a written contract.

The companies had to pay an $18.5 million fine as a result. They also can no longer operate in the state of New York, and Tether has to release public attestations on a regular basis.

If you like my work, consider supporting my writing by subscribing to my Patreon account for as little as $5 a month. Every little bit helps!