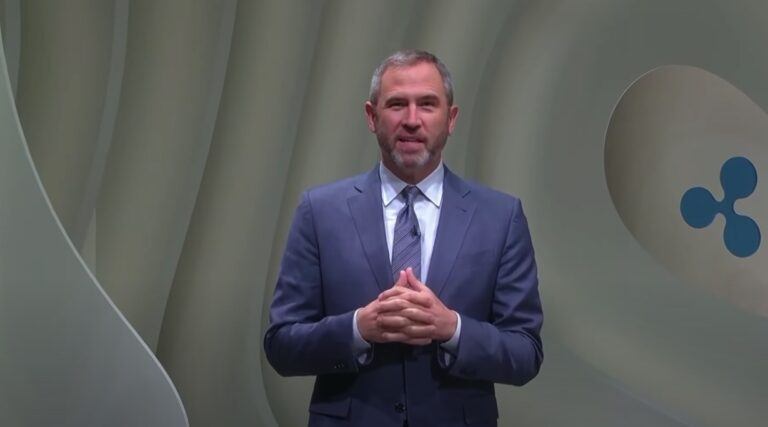 On Tuesday (April 26), Brad Garlinghouse, CEO of Californian FinTech firm Ripple, talked about his company’s court battle with the U.S. Securities and Exchange Commission (SEC), which is arguing that $XRP is an unregistered security, as well as how $XRP is being used outside the U.S.

As you may remember, on 22 December 2020, the SEC announced that it had “filed an action against Ripple Labs Inc. and two of its executives, who are also significant security holders, alleging that they raised over $1.3 billion through an unregistered, ongoing digital asset securities offering.” Essentially, the SEC is arguing that XRP is a security under U.S. federal securities laws.

Yesterday, the Ripple’s SEC was talking about this lawsuit during an interview on Bloomberg TV’s “Bloomberg Crypto” program.

When asked how the case was going, Garlinghouse replied:

“The reason why the Twitter crypto community care so much about this question is it’s not just about Ripple… the whole industry is impacted by this decision. And the core question… boils down to a 1946 Supreme Court case that has become known as the Howey Test, a test to determine is something a security or not…

“The irony is [that] the only country on the planet that thinks XRP is a security is the United States… The case has gone well… the SEC in our judgement has certainly moved slowly. Typically, in these situations ,when the SEC brings the case, they want to move quickly. They have been dragging their feet.

“Gary Gensler recently publicly that justice delayed is justice denied, and unfortunately justice is being delayed here by continuing efforts by the SEC to push things out.”

The Ripple CEO was then told by the interviewer that Bloomberg’s litigation analysts believe that ultimately the SEC will win the lawsuit, and asked how would Ripple respond if that prediction comes true.

“I think that the Howey Test is being stretched beyond recognition again… So, the idea that XRP, which we use as a currency, is a security, I think is, you know, just misguided.

“But look, unfortunately, Ripple is already operating in a world where it’s as if we have lost, right? So, in the United States, XRP has all for all intents and purposes, there’s no liquidity. It’s been halted and frozen on most US based exchanges.

“Despite that fact, Ripple had a record year last year. We continued to grow very quickly across our major product groups. Even Q1 was a record for us. Now, unfortunately, that growth is almost all coming from outside the United States, and we are in hiring more and more people outside the United States, but our customer base now is about 95% non US payment companies.”

The Ripple CEO was also asked how those customers outside the U.S. are using digital asset XRP.

“The demand for our core product, which uses XRP to facilitate these cross-border payments, grew 8X year over year. So, from Q1 last year to Q1 this year, it grew 8X, and that’s off a base already, measured in the billions. So, from our point of view, demand has skyrocketed.“