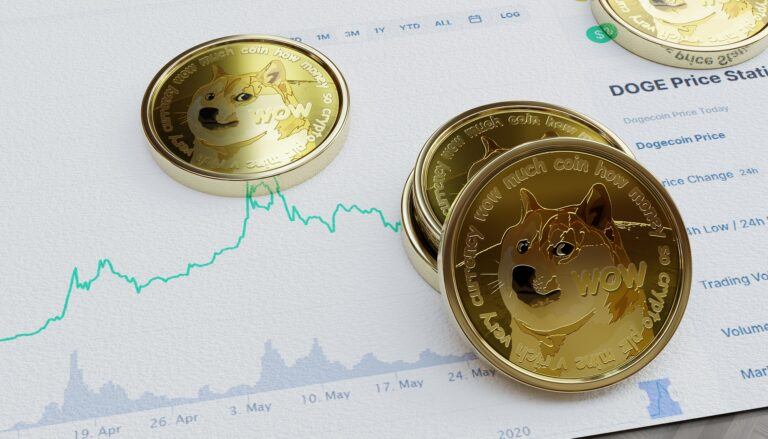 In a series of Tweets, Tenev tackled how $DOGE could become a primary currency for the internet as his company Robinhood recently added the ability for users to send and receive the meme-based cryptoasset.

According to Tenev, Dogecoin has already achieved the pre-requisite of having “vanishingly small” transaction fees, with average fees costing users ~$0.003 as of November 2021’s 1.14.5 update. Tenev compared Dogecoin’s miniscule send fee to network fees imposed by major credit card networks, which are usually around 1-3%.

Tenev argued Dogecoin would need to speed up its block time, which is currently 1 minute, to 10 seconds. At present, Dogecoin’s 1MB block size and 1 minute block time equates to 40 transactions per second (tps)–a far cry from Visa’s theoretical network limit of 65,000 tps.

He proposed that developers should work to increase Dogecoin’s block size to 1GB (and eventually 10GB) to make Dogecoin a viable global currency, with the caveat that it would require more sophisticated hardware for DOGE users to operate notes.

He also dismissed the notion of Dogecoin being inflationary, saying the 5 billion new DOGE created each year results in roughly a 5% inflation rate, which is currently less than the US dollar.

Featured Image by “KNFind” via Pixabay.com