Home News Shiba Inu gains more traction among whales, but it is still not enough for another rally

According to WhaleStats, after the unexpected but long-awaited listing of Shiba Inu by trading platform Robinhood, whale activity for the coin gradually increased as interactions with the token spiked in addition to buying activity.

The whales actively purchased the token, which led to the increasing use of the SHIB smart contract and made it the most used smart contract among the 2,000 largest Ethereum wallets. In addition to high usage, the market and on-chain indices for Shiba Inu are also seeing a spike, with the average balance on whale addresses increasing to 2.36 SHIB and volume up 436% to $53 million. 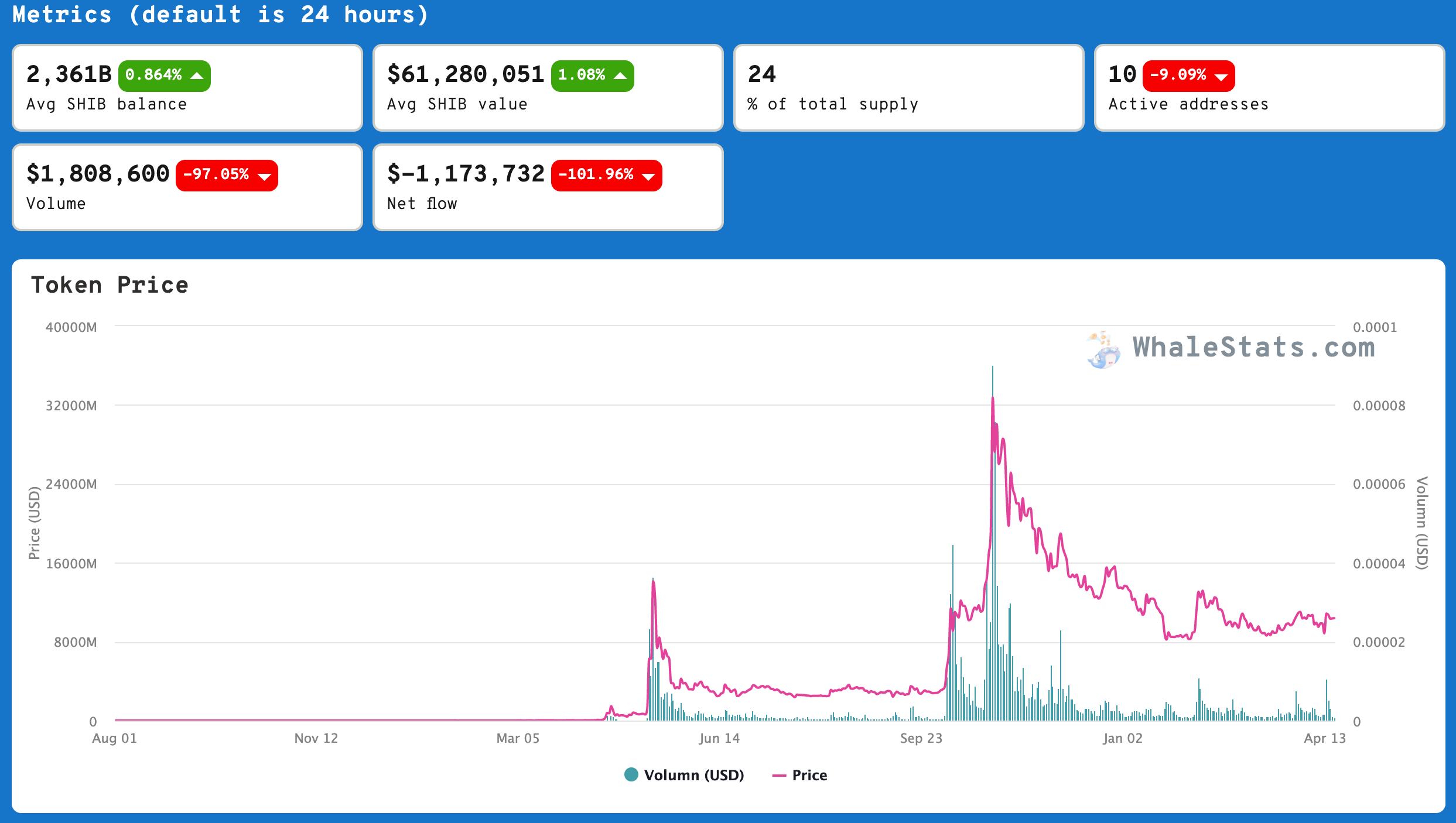 The more significant increase was the Shiba Inu (SHIB) net outflow on whale addresses, which increased by almost 500%, indicating more tokens flowing into whale wallets than out, indicating a bullish trend in the price. short and medium term of large investors.

Both volume and balance on whale addresses are important metrics that generally show positive sentiment among big buyers. The positive trend is also being reflected in the value of Shiba Inu holdings, which recently surged to $1.3 billion, placing an old competitor, the FTX token, in second place with token numbers. announcements worth $1.1 billion held by whales.

After the big news of the Robinhood listing, SHIB managed to rally around 24% of its value, not even enough for a breakout of the 100-day consolidation channel.