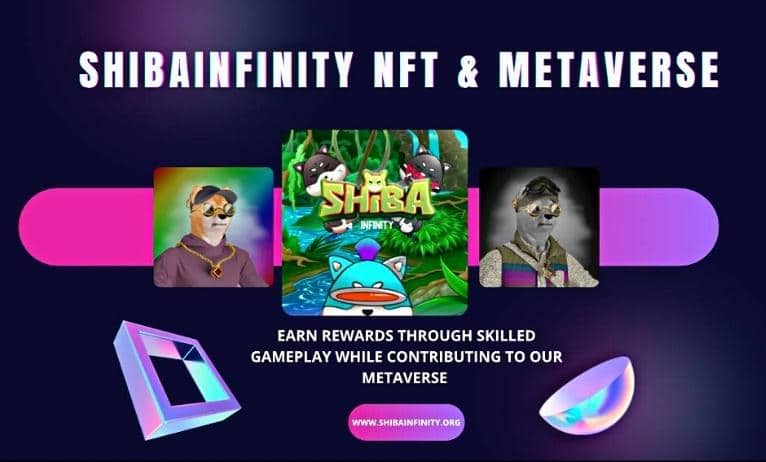 Shibainifity is a place where gamers don’t just play their favorite games but also earn tokens. They can win tokens on the platform by making productive contributions to its development. It enables the players to battle, raise, collect tokens or objects as NFTs. Shibainfinity offers real-time non-fungible tokens to all the players and other users.

In a major move to boost the growth and future aspects of Shibainfity, its developers have made SHINU available for pre-sale. They will be sold and distributed over the Cardano network.

On this occasion, developers of Shibainfity have burned 50 million SHINU tokens and have minted the same number of SHINU tokens on the Cardano blockchain. The decision to sell and distribute SHINU tokens was taken after the integration of the Cardano network.

Making SHINU tokens available to select users ultimately takes them on a path that leads to the launch of a decentralized (VR) virtual reality world. The VR world will largely incorporate the first decentralized blockchain-based VR museum and will allow the users to create, deploy, and share digital objects or assets in the form of non-fungible tokens (NFTs).

Virtual museum’s concept has stolen the light, wherein developers have undertaken the task to transform the real museum into a virtual museum. It will enable the users to pay a visit without physically being there. Users can expect to have an immersive experience as the developers are also working to offer a 3D club-like atmosphere.

Shibainfinity developers have lined up around 10,000 designed wall frames where users will be able to showcase their non-fungible tokens for sale. It features the first view of the metaverse. They are looking to leverage the advantages of the Cardano network. These include the network working on the proof of stake consensus and letting its users participate in improving the network’s governance & policy.

Another advantage of the Cardano network that is expected to come in handy for Shibainfinity developers is its specialization in providing the functionality of smart contracts. The first-ever blockchain-based VR museum may be getting started, but it represents a significant step in improving the metaverse projects.

The financials of ADA are pretty impressive as well. Its market capitalization stands at $34.8 Bn with 33.6 Mn tokens in circulation, which makes it the sixth-largest Crypto project. Its current trading price is $1.04 and stands tall on the recent peak of $3.09, a feat that was achieved in early September.