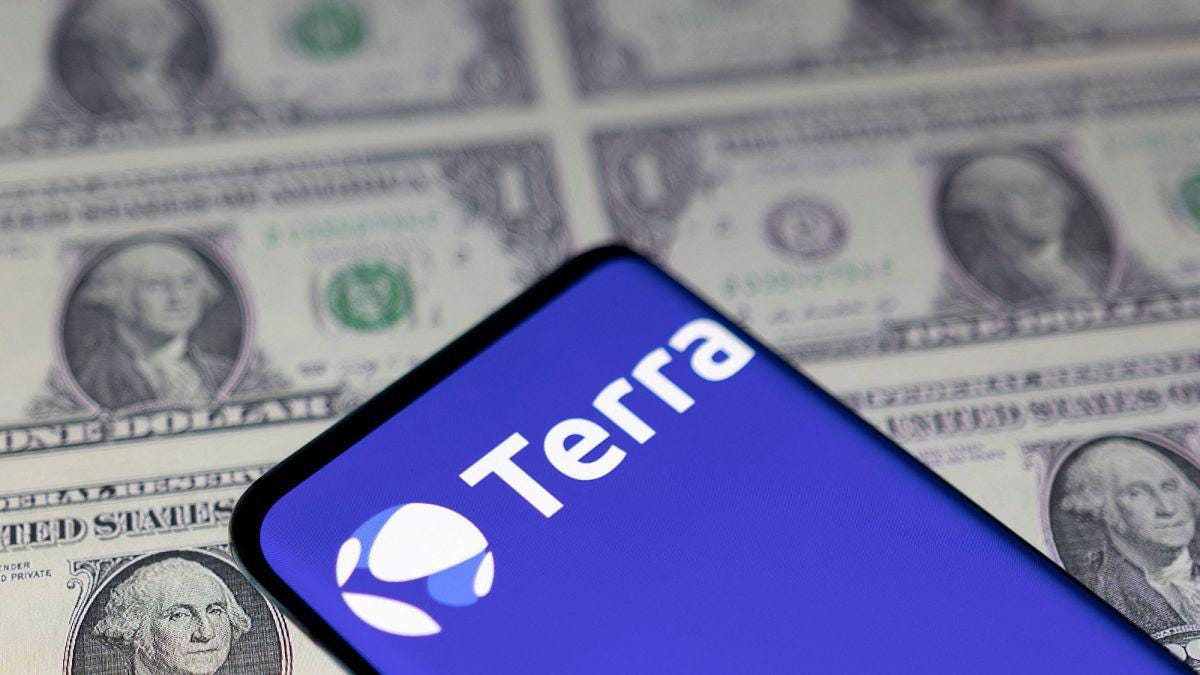 Over the past week and a half, in one of the largest wealth-destroying events in crypto history, we witnessed the horrific unravelling of the Terra ecosystem.

Terra, prior to its demise, was one of the most promising and ambitious crypto ecosystems with one key mission – to build the largest algorithmic stablecoin. A thriving community of builders, investors and believers rallied around this mission, with Terra’s brash co-founder Do Kwon touted as their messiah. While critics called it a ponzi with unsustainable economics, Terra’s bold mission attracted billions of dollars of capital from prominent backers and grew so large that many deemed it “too big to fail”. And then it all came crashing down.

Terra was created by a startup called Terraform Labs in 2018, founded by Do Kwon and Daniel Shin. There are two key parts to the Terra blockchain: TerraUSD (UST) and LUNA.

UST is an algorithmic stablecoin, which maintains its peg to the US dollar through an arbitrage mechanism with LUNA. LUNA is also the native governance token, and can be staked by validators to process network transactions and accrue rewards.

For those unfamiliar, a stablecoin is a cryptocurrency that is meant to be pegged to a stable currency, such as the US dollar. The easiest way to implement this is to back each stablecoin with an actual dollar and to make them freely redeemable, one for one. An algorithmic stablecoin however, tries to maintain its peg to the dollar through a game theory based economic incentive system. This bypasses the need to actually hold physical US dollars, an intentional feature. Trust in any centralized entity goes against the ethos of cryptocurrencies, and algorithmic stablecoins (in theory) are one of the few ways of achieving both decentralization and price stability.

So how does UST maintain its peg? Through a simple redemption mechanism: 1 UST can always be redeemed for $1 worth of LUNA, and vice versa.

Why would anyone hold an algorithmic stablecoin, that is clearly riskier than holding one backed by actual US dollars? For a few reasons. For one, the ability to hold value in dollars without a centralized entity gatekeeping the system is a strong inventive for some. Additionally, if the stablecoin has utility that others don’t, that would increase its adoption. This utility was achieved through the Anchor protocol.

Terra’s longterm goal was to build a thriving ecosystem of financial applications, with real-world payment integrations. However to gain adoption for UST in the short term, it incentivized UST holders with yield. It implemented this through a savings protocol called Anchor which offered 20% interest on UST. This increased the demand for UST, as users rushed to capture the elevated yields. At its peak, UST had over $18B in circulating supply and Anchor had over $15B in Total Value Locked (TVL).

Terraform Labs also created the Luna Foundation Guard (LFG), a non-profit foundation with the mandate of defending the UST peg. The LFG bought over $3 billion of Bitcoin BTC , and had plans to eventually get that to $10 billion.

The de-peg began on Saturday, May 7th. It was catalyzed by the withdrawal of $150M UST from the Curve Wormhole pool by Terraform labs to prepare for the 4pool launch. This was followed by a large $350M sale of UST for USDC on Curve, by a supposed “attacker”, that caused significant imbalance between the UST (85%) and 3CRV(15%) in the pool. Subsequently, there was a bank run on Anchor, with users rushing to pull out their funds and swap out of UST.

This selling pressure on UST led to a reflexive downwards spiral, commonly known as a “death spiral”. Arbitrageurs redeemed UST for LUNA which they sold, leading to a significant decrease in its price, which necessitated more LUNA being minted for each UST burned, creating a hyper-inflationary loop in LUNA’s supply.

In response, the Luna Foundation Guard (LFG) deployed nearly $1.5B of capital from its reserves in an effort to add liquidity to the ecosystem and protect the peg. The LFG also tried to raise an emergency $1 billion round to shore up reserves. Despite these efforts, the LFG was unable to maintain the peg and the deployment of BTC caused further sell-pressure, with the broader crypto market dropping in sync with UST.

As this reflexive cycle played out, it seemed like the Terra community had two options:

Ultimately they decided to go with the first option, and the worst case scenario played out as many expected. On Thursday, May 12, LUNA’s price hit $0 any many exchanges began halting its trading. Some people speculated that this was a Soros-style attack, potentially coordinated by Citadel and/ or BlackRock, however both firms denied any involvement whatsoever.

Where We Go From Here

While experimentation and failure are key to innovation, the collapse of Terra was a particularly painful blow to the crypto ecosystem. All in all, over $30B of value was destroyed in a single week.

There are also some important secondary affects of this collapse that could have long-lasting impacts. Many funds and institutions that were exposed to LUNA and/ or UST took big hits, and some were likely rendered insolvent. Innovation in algorithmic stablecoins will be significantly more difficult going forward. In addition, regulators are likely to take notice and increase scrutiny. For instance, Janet Yellen has already come out with a statement referencing Terra’s spectacular tumble and pushing for more stablecoin regulation during an annual testimony in front of the Senate Banking Committee.

On Monday, May 16, Do Kwon came out with a proposal to revive what’s left of the Terra ecosystem. The plan is to fork the Terra chain into a new chain, without the algorithmic stablecoin. Whether this will pass and the Terra ecosystem will recover is unclear, but the challenge Do and Terra have up ahead of them is tremendous. They will have to rebuild the entire system bottom-up. They will have to completely re-design the economic model. And most importantly, they will have regain the trust of their developers, builders, investors and vibrant community.