Home News The Global Crypto Market Reclaims $1T, Does This Mean An End To Bear Market? Here Is What PlanB Says

After being hit with long bearishness, the crypto market is now recovering. This is seen alongside the Federal Reserve’s increased interest rates and the US entering into recession after the GDP report.

Now, while the overall crypto market is flashing green, there is a thought of whether this is the right time to step into the market or not.

Well, renowned crypto analyst and stock-to-flow creator, PlanB pops in with a statement that whatever the worst had to happen has already happened. Now things can’t get any worse than this.

PlanB, who had earlier predicted Bitcoin to hit $100,000 has some good and bad news. The analyst claimed that the market is exactly playing out like what people expected. According to PlanB, the current situation around the global market is kind of negative and people are highly bearish. He also says that people are hoping that the market will see a situation like 2008 financial crisis and 2020 Covid.

Hence, the analyst asserts that people’s opinion has caused the interest rates to surge with plummeting stocks and Bitcoin value.

When the flagship currency’s price action is considered, PlanB created a Twitter poll in May, 2022. The poll received 81% votes which said Bitcoin price will stay below $500,000 by 2027. However, PlaB had a different take as he asserts that as per his S2F model Bitcoin will trade more than $500,000 after 2024 halving.

The Stock-to-flow model is the one which makes use of the ratio between the present Bitcoin supply and the new Bitcoin supply to get the estimation of the future price.

On the contrary, Crypto experts are not that big fans of this S2F model. anthony sassano

The same was agreed by vitalik buterin 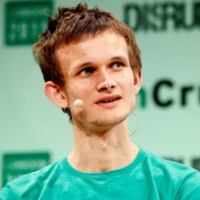 vitalik buterin co-founder at ethereum, Bitcoin Magazine Vitalik Buterin is a professional programmer and writer who is famous as the Co-Founder of Ethereum. Buterin along with Gavin Wood, Charles Hoskinson, Joseph Lubin, and Anthony Di launched Ethereum in 2014. He co-created Ethereum when he understood that he could construct a new, possibly enhanced version by iterating on the Bitcoin blockchain.

He has been involved in the Bitcoin community since 2011, writing and co-founding articles for Bitcoin magazine. Vitalik linked Bitcoin to a calculator and a future blockchain to a smartphone and used the same method of improving the system’s strength by making it more general purpose to blockchain network space.

He was honored with the Thiel Fellowship Award in 2014 for bringing his innovative scientific and technical projects to reality, won the World Technology Network prize, Fortune 40 under 40 lists, and appeared on the Under 30 list of Forbes at the age of 23. EntrepreneurDeveloper/ProgrammerCrypto and Blockchain Expert 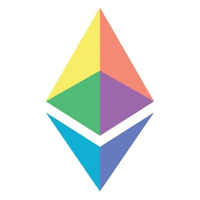