The recent Binance decision to convert other stablecoins except for USDT to Binance USD [BUSD] has dealt USDC’s mission a big blow. As AZCoin News reported, Binance stated that existing USDC, USDP, and TUSD balances in user accounts will be delisted on 29 September. These balances on user accounts will be then automatically converted to BUSD.

A few days after the exchange announcement, the market’s signs have begun to reflect. At the time of writing, USDT’s market cap was a whopping $15 billion greater than that of USDC. At the start of the year, there was over a $35 billion difference between them, with USDC in front.

Interestingly, USDC played “catch-up” games and reduced the gap to around $10 billion in July. Now, it seems that it could get worse for USDC as USDT has gained much more than the former over the last few days. At press time, USDT’s market cap was $67.55 billion, while USDC stood at $51.70 billion.

Conversations of a USDC collapse had emerged earlier due to some high-risk lending. However, Circle CEO Jeremy Allaire was quick to quash the rumors. Similarly, Allaire has come out to debunk the stories of a final knife to USDC’s heart.

Reacting to talks of USDC’s end, the Circle CEO said Binance’s actions were not meant to hurt the stablecoin. Instead, the decision would lead to more USDC exchange inflow into Binance. He cited limited use of BUSD outside of Binance as one reason that USDC would get more volume into centralized and decentralized exchanges.

While some on-chain metrics agreed with Allaire’s opinion, others did not. A look at USDT’s active addresses showed that there had been a slight decline. Glassnode reported that the addresses were reduced to 57,076 after it was 58,273 on 6 August. 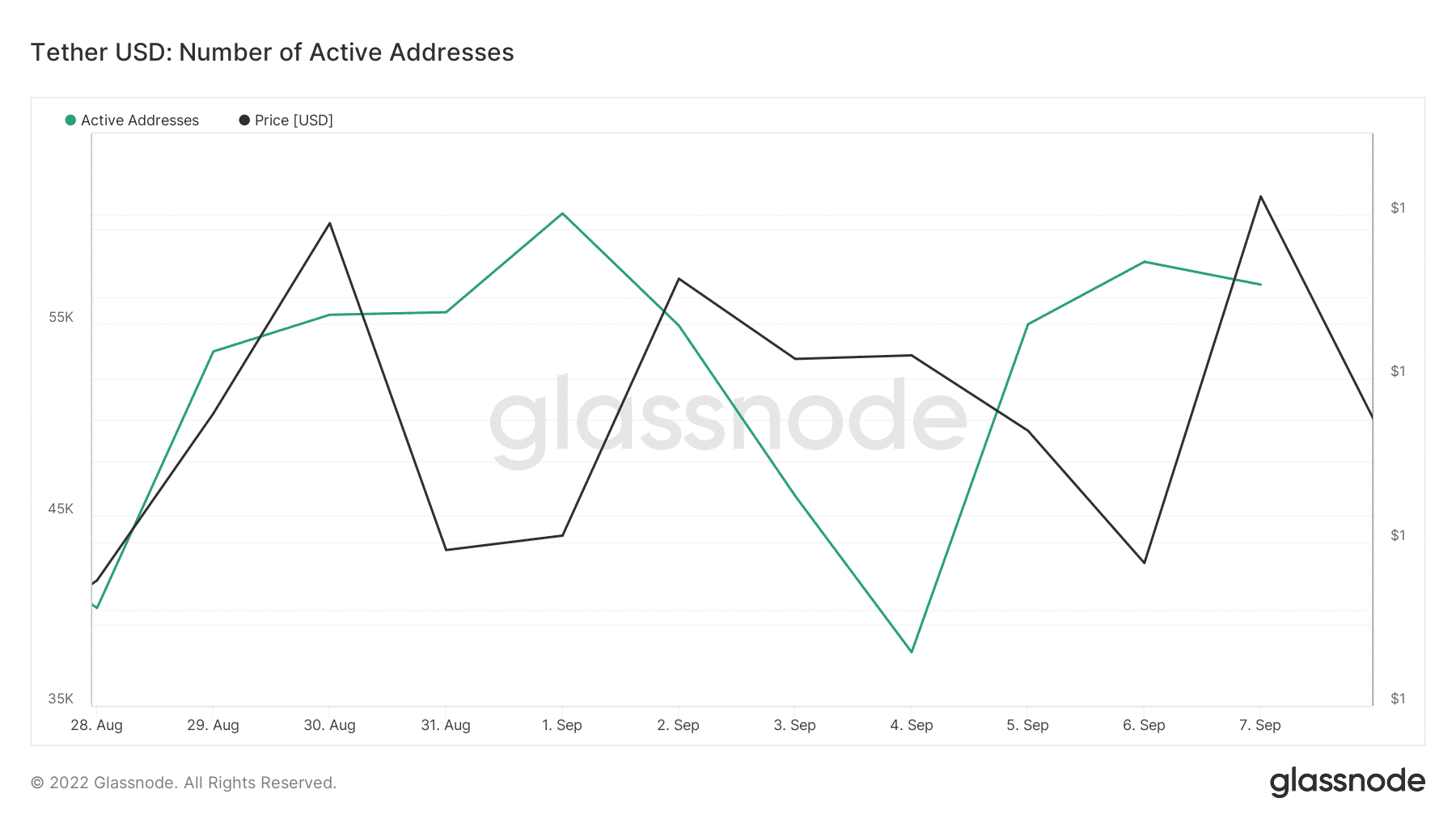 As for USDC, active addresses went further down. As of 6 September, it was 34,030, according to the on-chain analytic platform. At press time, it had decreased to 32,365. 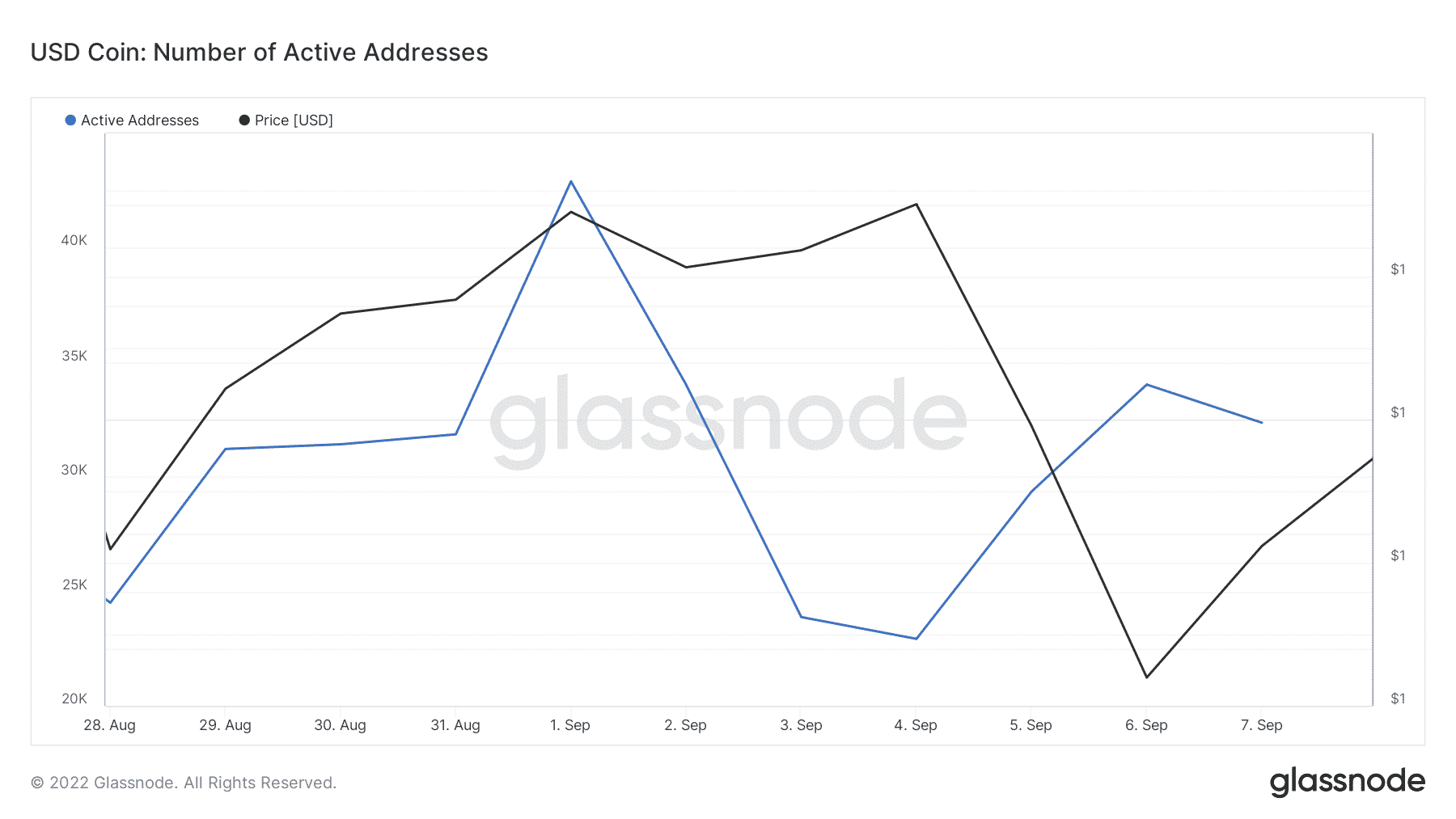 Despite some negative impacts, Allaire’s opinion of more exchange inflow could be valid. This is because on-chain data showed that USDC made more than USDT’s exchange inflow volume between 6 September and 7 September. With this sustenance, it may be too early to conclude that USDT has won the stablecoin wars.

At press time, there was no official response from Tether’s camp. However, a look at Paolo Ardino’s Twitter showed that he was in support of the Binance action. The Tether CTO had retweeted an opinion reflecting that it was the end for USDC.