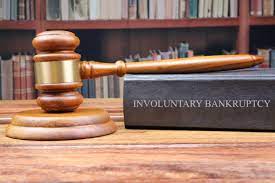 A New York bankruptcy court has ordered a freeze on the remaining assets of Three Arrows Capital (3AC) as the whereabouts of its two founders, Su Zhu and Kyle Davies, remain unknown. At the same time, Su Zhu, who has been in Shenyin for nearly a month, also posted a response on Twitter for the first time after being rumored to be “not cooperating with the liquidation process.”

According to CNBC , Judge Martin Glenn of the Southern District of New York granted an emergency motion to freeze Three Arrows assets on Tuesday, saying in his written decision:

Only the designated liquidator in bankruptcy has the authority to “transfer, secure or otherwise dispose of any assets of the debtor (Three Arrows) located within the territorial jurisdiction of the United States.”

As part of the ruling, Teneo, a global consulting firm assigned by the court to handle liquidation proceedings, was also allowed to subpoena Three Arrows co-founders Su Zhu and Kyle Davies, as well as banks, cryptocurrency exchanges and other institutions and companies with which they did business. Another source pointed out that Three Arrows Capital will hold its first creditor meeting on July 18, which will be chaired by Teneo.

Blocker recently reported that the creditor’s lawyer pointed out that the liquidator in Singapore found that Three Arrows Capital had been abandoned. In addition, when the two founders had a Zoom conference call with the liquidation consultant, they turned off the camera and voice, and did not say a word. The lawyer representatives answered the questions and showed an uncooperative attitude. The liquidators also said that because they do not know where Su Zhu and Kyle Davies are currently located, they are concerned that the two founders will diversify the assets of Three Arrows Capital, which may be detrimental to creditors.

As a result, Su Zhu finally broke his silence after Shenyin for nearly a month, and posted that the company’s sincerity in cooperating with the liquidator was “induced”, and shared the part between Advocatus Law LLP, legal counsel of Three Arrows Capital, and the lawyer of the liquidator. Correspondence.

Although other users were prohibited from replying at the bottom of Su Zhu’s post, it was immediately slammed by the community, who believed that Three Arrows Capital did not want to deal with the arrears after owing such a huge debt, but tried to clear the responsibilities that should be borne. liability issues.

Some people pointed out that Su Zhu actually mentioned his sincerity in the community, intending to turn himself into the role of a victim to play the tragic card, which is a common trick in financial lawsuits, trying to win public sympathy, but many users think that This trick is not very useful. Three Arrows Capital has a very bad reputation in the industry, and no one will believe their one-sided remarks.

Three Arrows Capital is one of the large crypto-focused hedge funds, borrowing large sums from various companies and investing in different digital assets, but with the collapse of the Terra ecosystem, Three Arrows Capital’s LUNA exposure has suffered huge amounts of money The loss exposed the company’s liquidity crisis, which eventually led to Three Arrows Capital’s financial distress and a debt default . It was ordered to liquidate by the British Virgin Islands court , and then filed for bankruptcy protection in the New York court .

The Information Presented Here Does Not Constitute Investment Advice Or An Offer To Invest. The Statements, Views, And Opinions Expressed In This Article Are Solely Those Of The Author/company And Do Not Represent Those Of Coinworldstory. We Strongly Advise Our Readers To Do Your Own Research (DYOR) Before Investing In Any Cryptocurrency, Blockchain Project, Or Ico, Particularly Those That Guarantee Profits. Furthermore, Coinworldstory Does Not Guarantee Or Imply That The Cryptocurrencies Or Projects Published Are Legal In Any Specific Reader’s Location. It Is The Reader’s Responsibility To Know The Laws Regarding Cryptocurrencies And Icos In His Or Her Country. Please Respect Your Country Law & Take Advice From Your Advisor .