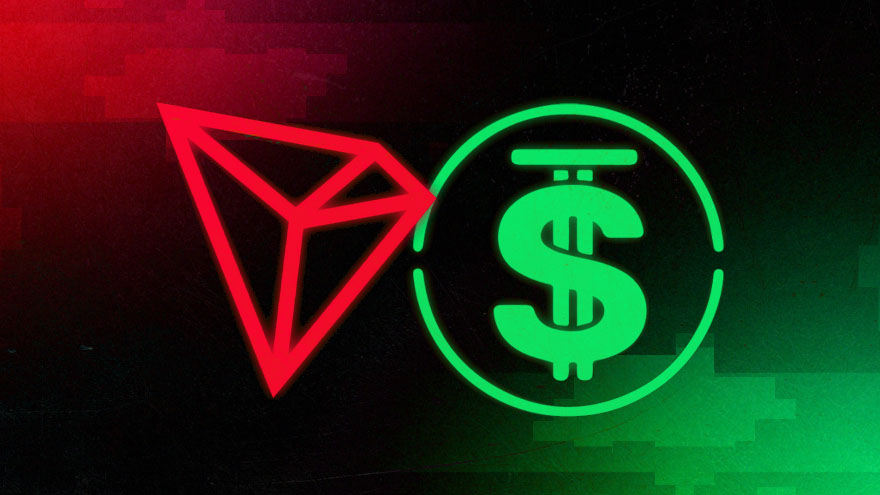 Justin Sun, the provocative founder of TRON with a taste for drama, is at it again.

On Apr. 21, Sun released a blog post stating TRON DAO will be taking out $10B in collateral to launch an algorithmic stablecoin and offer a 30% annual percentage yield to investors. Set to launch on May 5, it’s called USDD and he claims it will be  “the most decentralized stablecoin in human history.”

It’s a bold claim, but Sun is not shy about making outlandish decisions. This is the same founder who spent $4.5M on a lunch with Warren Buffett and $28.5M on a ticket for a space trip with Blue Origin.

Many on crypto Twitter were quick to criticize his move.

“I wouldn’t go anywhere near it,” Branson Bollinger, a venture capitalist specializing in crypto, told The Defiant. “There are so many super smart people in this space, so going anywhere near a project that has a questionable leader is just unnecessary.”

Still, TRON has a strong track record in the stablecoin space. Since TRONs launch in 2017, it has processed more than $4T of USDT transactions, a dollar-pegged stablecoin issued by Tether.  TRON has since become the world’s largest stablecoin network, hosting more than $55B worth of financial assets. TRON did not immediately respond to requests for comment.

TRON’s move comes amid a worldwide surge in decentralized stablecoins, a class of cryptocurrency that attempt to offer price stability by being backed to a reserve currency like USD. MakerDAO’s stablecoin DAI has over $14B total value locked and Terra’s UST has nearly $30B in total value locked, according to DeFiLlama.

Then there’s the recent market-moving initiatives undertaken by Do Kwon, the CEO of Terra, the surging stablecoin project that pledged $10B in Bitcoin-denominated collateral for its own stablecoin earlier this year. It didn’t take long for the self-styled “Master of Stablecoin” to weigh in on Sun’s announcement.

“Decentralized economies deserve decentralized money — every blockchain will run on dect. stables soon,” Kwon tweeted.  He continued in a separate tweet saying that although people may disagree, “currencies are ultimately backed by the economies that use them, and the future is clearly opting to use decentralized and self sovereign stablecoin. It should be noted both Do Kwon and Justin Sun have caused heavy controversy with both of their projects compared to ponzi schemes.

Sun writes that USDD will achieve full on-chain decentralization and “will not rely on any centralized institutions for redemption, management, and storage.” USDD will be pegged to TRON’s native cryptocurrency TRX and is managed by an algorithm that will keep USDD stable at 1:1 against the US dollar.

The mechanism Sun describes is similar to that of Terra’s UST stablecoin, which has recently overtaken Binance USD to become the third-largest stablecoin with a market cap of $18B. USDD management will be entrusted to the TRON DAO Reserve and several major blockchain institutions, which have not been disclosed. The TRON DAO Reserve will provide custody service for the $10B of pledged collateral, use it as an early-stage reserve, keep the exchange rate of USDD stable, and enforce convertibility fully.

The TRON DAO Reserve will set its basic interest rate to 30% APY and promise to make sure organizations that accept USDD use consistent interest rate policies.

Still, Bollinger isn’t the only skeptic, especially on the APY bit. @Route2FI, a researcher at Alongside and prominent voice in crypto with 226,00 followers, told The Defiant, “My first impression is that 30% APY seems way too high. I mean, look at Anchor Protocol. They’re struggling with 20% APY. How is Justin Sun going to sustain 30%?”