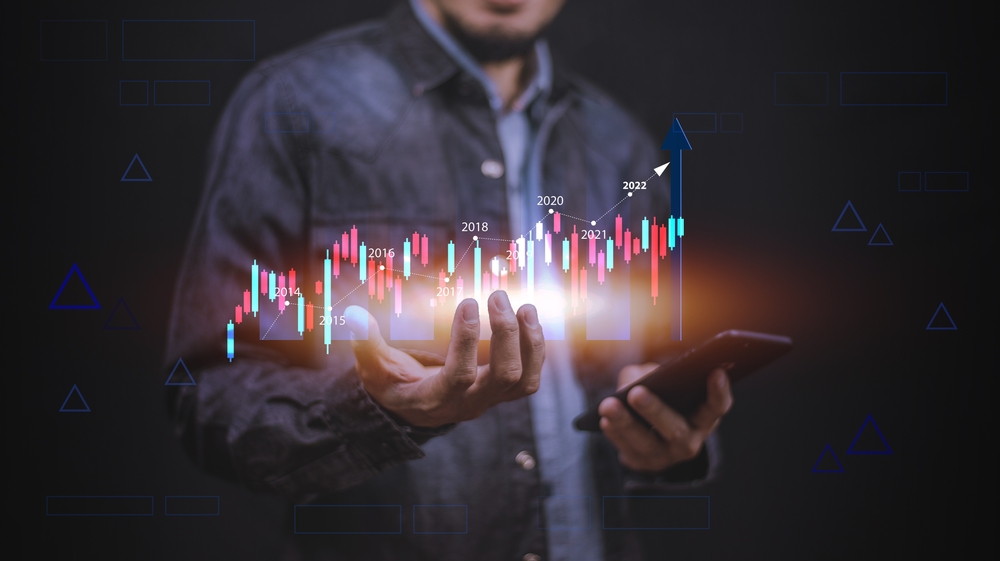 As a trader, there are different things you must pay attention to for maximum effectiveness. One of them is technical analysis where you get to learn the different indicators, key levels, and patterns on the chart. This is not just in cryptocurrency, but it is a phenomenon that exists in forex, bonds, stocks, and indices trading.

For the sake of the newbies in this space, this guide will cover the basic meaning of technical analysis, and the different patterns and indicators available to use for effective price movement prediction. This, however, will lead us to the introduction to Hammer Candlestick patterns and how to employ them in trading effectively.

Perhaps, you are an experienced trader and wish to just straight to “How to Trade with Hammer Candlestick Patterns”, you might want to skip the next few sections.

What is Technical Analysis?

Technical analysis is an aspect of trading where traders identify and evaluate trading and investment opportunities by leveraging on the previous statistical trends collated from the previous market and trading activities, such as trading volume and price movement. This is quite different from fundamental analysis where all you need to evaluate the market is news on earnings, sales, or governmental and legal disposition. However, in technical analysis, you are more concerned with the movement of the price per time in the past as well as the trading volume.

Diving into how technical analysis works for better understanding; the tools used in technical analysis are used majorly to measure and scrutinize the impact of supply and demand on security including the price, trading volume, and the implied volatility.

The operation and the importance of technical analysis are based on the assumption that the previous trading activity and the price changes of security have an influence on the movement of the price of the security in the future when associated with the standard trading and investment rules.

Technical analysis, however, is used to generate trading signals through different charting systems but beyond that, it is used to evaluate the strength and weakness of a security relative to the broader market.

The idea of technical analysis as we know it now was first introduced by Charles Dow in the late 1800s which leads to what was called the Dow Theory. However, other reputable researchers like John Magee, Edson Gould, Robert Rhea, and Williams P. Hamilton further contributed to the theory which has in recent times evolved to hundreds of patterns and indicators as we have them.

How to Engage Technical Analysis Appropriately

Most retail traders make trading and investment decisions based on price charts solely, but professional traders combine trading analysis with some form of research. However, practicing equity analysts, their research is not limited to technical and fundamental analysis alone.

It is good to know that technical analysis can be applied to any security with any form of historical data and this includes currencies, fixed-income, commodities, futures, stocks, and others. In fact, technical analysis is more prevalent in the forex and commodities markets, especially when focusing on short-term price movements.

The Assumptions Technical Analysis Run on

1. There are values that represent the factors that influence the price of a security, hence the basis of market efficiency. But,

2. Random price movements in the market form identifiable patterns and trends which often repeat over time.

Everything in technical analysis today is then built on Charles Dow’s work. In recent times, professional analysts have generalized three assumptions for the field, and these are

1. The market discounts everything

3. History does repeat itself.

1. Trading View (tradingview.com): This is perhaps one of the most popular tools for technical analysis. It contains more than a hundred indicators and some other intelligent drawing tools. The instruments available on this platform cut across currencies, global stocks, and cryptocurrencies.

Though it can be enjoyed for free, there are some limitations to its free usage, but to enjoy its unlimited access, there is a need for a subscription of about $15 – $60 per month.

Other tools for technical analysis include:

The Indicators in Technical Analysis

There are more than a hundred patterns and signals developed by researchers in the industry to support technical analysis. Also, these researchers have created various trading systems that help people forecast and trade easily.

Generally, all indicators are divided into the following categories;

Over time, Hammer Candlestick patterns have turned out to be one of the most popular patterns in the world of technical analysis. Irrespective of the market and charts, it is applicable in crypto, forex, stocks, bonds, and indices trading.

Hammer candlestick patterns, however, help traders who are solely leveraging on price actions to spot potential trend reversals in either bearish or bullish trends. It is good to say the applicability of the candlestick pattern depends on the timeframe and context. But with every other factor equal, the pattern suggests a bearish reversal at the end of a sustained uptrend while it may suggest a bullish reversal after a sustained downtrend.

With a confidence consensus and confluence with other technical indicators, the hammer candlestick patterns can help price action traders find a good entry point for their short and long positions.

The variation of the candlestick patterns includes a hammer and an inverted hammer for the bullish reversal which shows after a sustained downtrend, while the bearish variation includes the shooting star and a hanging man which appear at the end of a sustained uptrend.

This pattern has been tested across different financial markets and it is one of the most used candlestick patterns in technical analysis. Most traders use it to judge the probability of outcome when it comes to the movement of price in the market.

As always advised for an average technical analyst, you must engage this pattern with the confluence with other technical indicators so that the final judgment can be spot on. However, when accurately engaged, the pattern gives insights into trading opportunities available in the market.

The aim of the guide is to work you through the meaning of the pattern and how to identify them on a chart.

For a candle, there must be an opening price and a closing price which forms the body of the candle. However, there is also wick (or shadow) which represents the highest and lowest prices the market has gotten to within that candle period.

What then is a Hammer Candlestick?

While security might have generated millions of candlesticks over time depending on the timeframe, it is easier to neglect how it opens, closes, or what shape it leaves after closure. These are what are considered to be patterns in technical analysis as they are deemed to have an influence on the future movement of the price.

The bullish hammer candlestick is formed when the market closes above the opening price with a long lower wick. This suggests that the buyers took control of the market before the end of the trading period.

This looks like the regular hammer candlestick, but it is different. While it has a longer lower wick, it is a bearish candle which means that the price closes below the opening price. The wick of the candlestick suggests that the sellers exert pressure on the market before the buyers took pushed it back up, but the buyers could not sustain the pressure that will turn the candlestick green. This suggests that the market might experience a potential trend reversal to the downside after an uptrend.

The shooting star candlestick looks like a regular inverted hammer but in this case, it is a bearish candle. Rather than the regular one, it signifies a potential bearish trend reversal when it appears after an uptrend.

The formation of the candlestick is as thus; the closing price is below the opening price (which obviously makes it a bearish candle) and the long wick stays above meaning that the sellers have seized the market from the buyers.

However, to consider the hammer candlesticks pattern in trading, the position of the candlesticks must be considered in relation to the previous candle and the next candles. So, depending on the context, the pattern can be confirmed or discarded.

The Strengths and Weaknesses of the Hammer Candlestick Patterns

In technical analysis, every candlestick pattern has its advantages and disadvantages. This is also to establish that no technical analysis indicators, patterns, or tools promise a 100% profit irrespective of the market. Also, it is not advised that a trader makes trading decisions based on just one pattern or indicator.

However, it has been discovered that the hammer candlestick pattern works better when combined with other trading indicators and strategies like trendlines, moving averages, Fibonacci, MACD, and RSI.

Here are the Strengths of the hammer candlestick pattern:

1. The pattern can be used to identify a [potential] trend reversal irrespective of the security and the market.

2. The patterns can be used across different timeframes, making them more applicable for both swing and day traders.

Difference Between a Hammer Candlestick and a Doji

Though the advantage of this candlestick pattern is to identify trend reversals in the market, you cannot call a buy or sell signal with the pattern. The pattern works best when combined with other trading indicators or analysis tools.

Based on this, there is a need to emphasize the concept of confluence in technical analysis. This means that traders should not base their trading decision on just one indicator or trading pattern but rather combine it with other patterns or indicators. Ideally, it is recommended that a trading opportunity should be validated after it has been confirmed with at least three different trading indicators. Rules like this are a subtle way to minimize loss and increase your profitability as a trader.

Also, it is a good time to say that everyone will be responsible for how they interact with the content of this guide as it is meant to be an educational guide rather than a financial advisory content. The success of a pattern or a trading strategy will be based on some other trading factors like proper risk management, the risk-reward evaluation of the trades, the position of the stop loss, and the volatility of the market at the time of the trade.